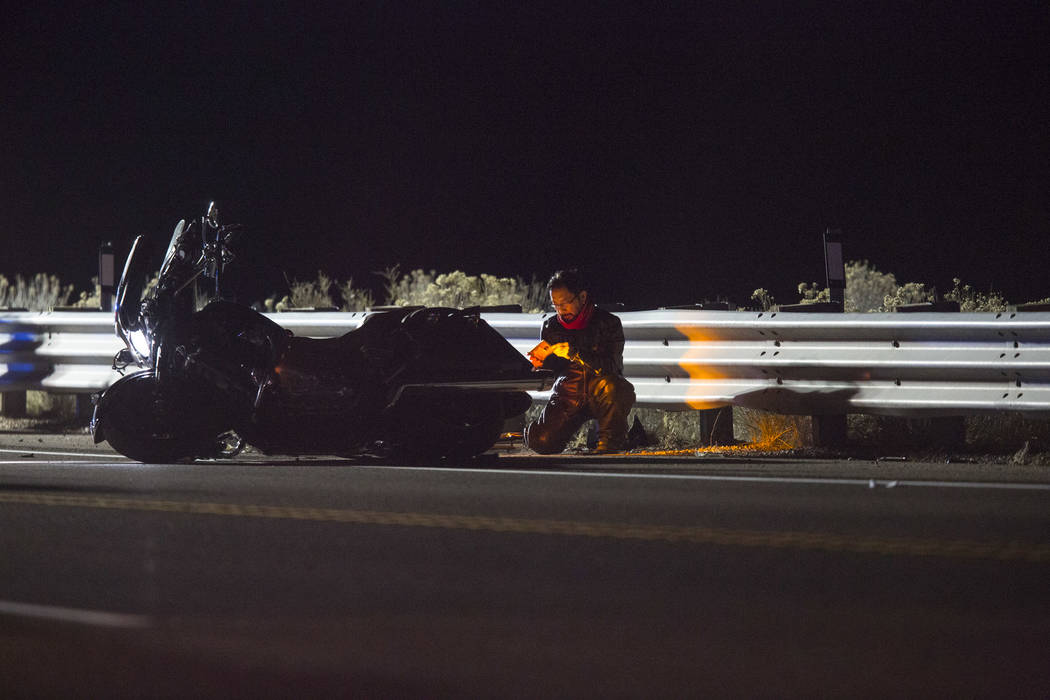 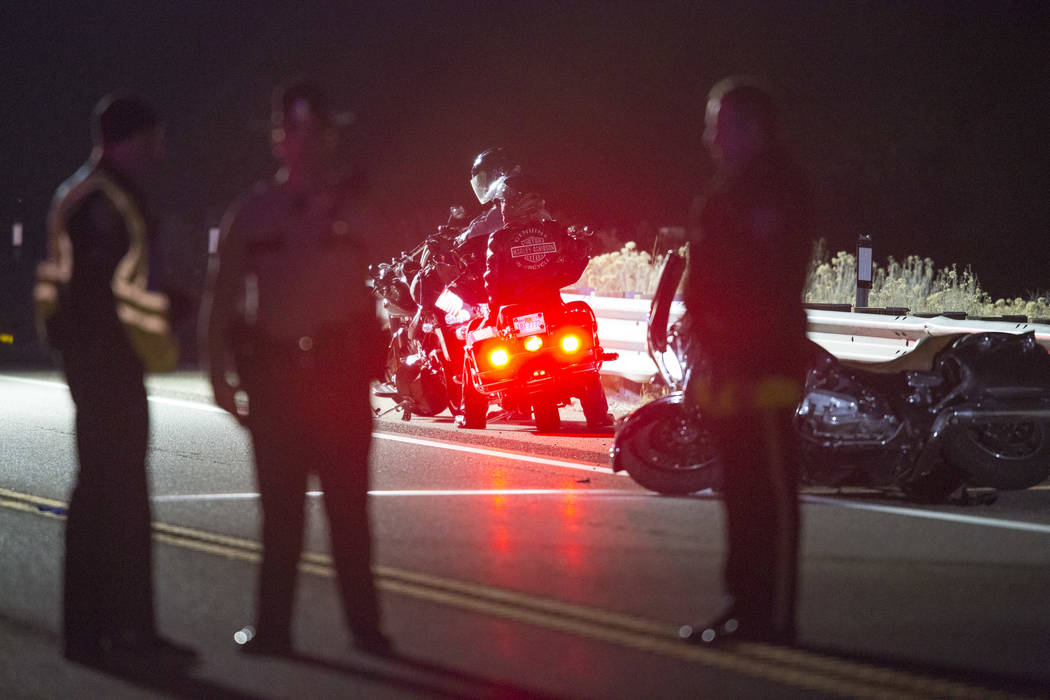 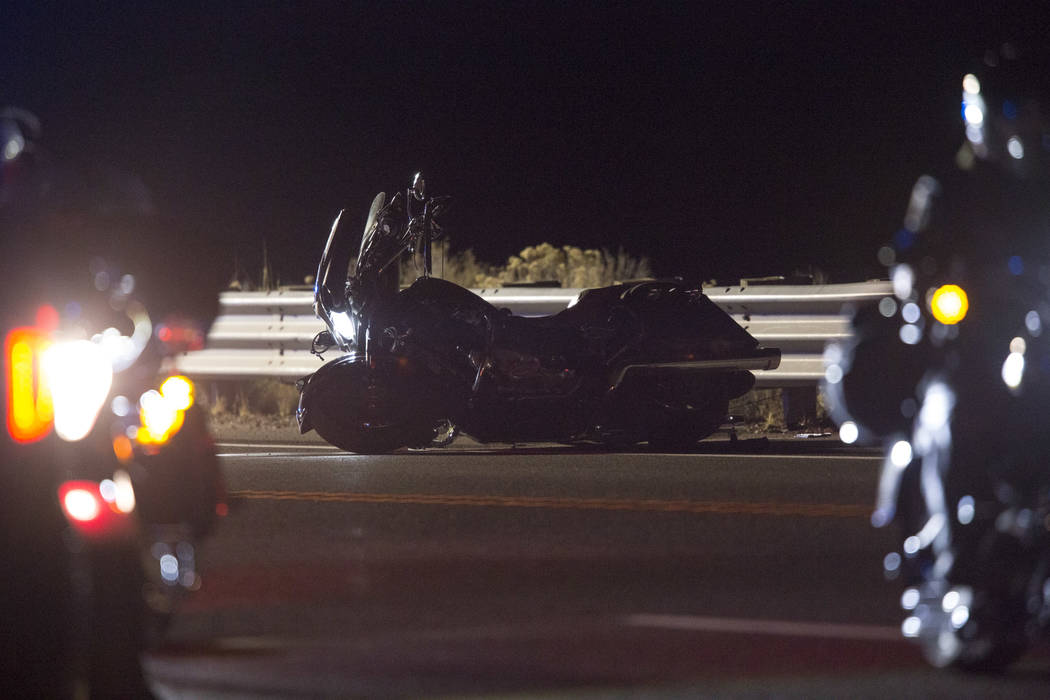 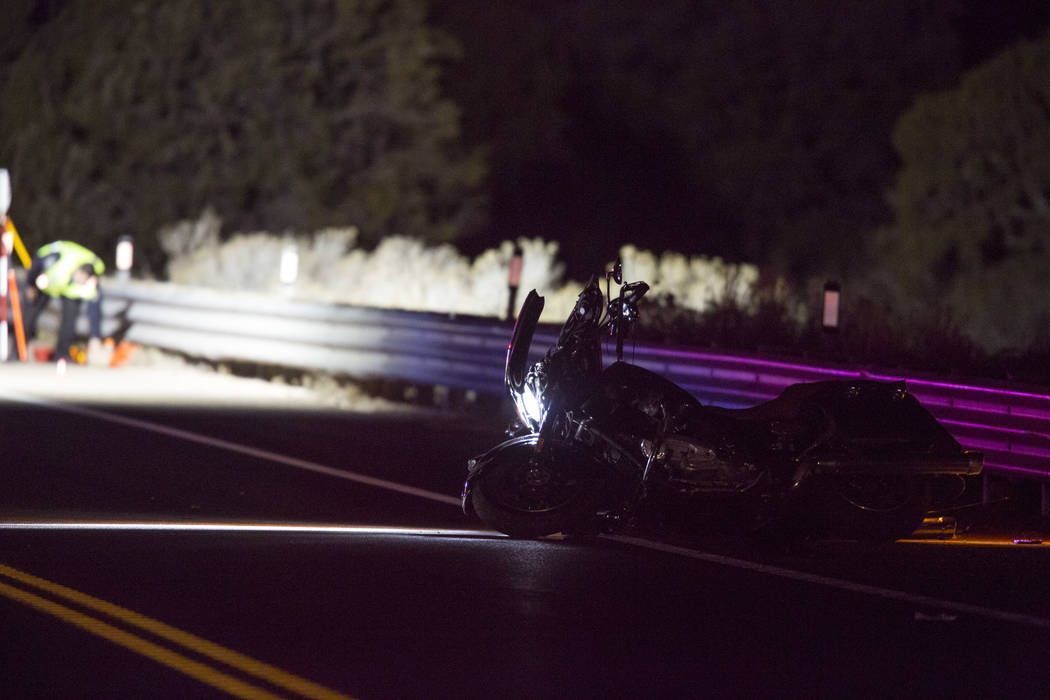 A husband and wife died while riding a motorcycle west of Mountain Springs along Nevada Highway 160, troopers said.

About 7 p.m. Friday, Jan. 19, the motorcycle went down and slid into oncoming traffic.

Buratczuk said they were hit by a car.

Dinh and Nguyen died at the scene, the NHP reported.

Buratczuk said each wore a helmet.

The couple shared a motorcycle adorned with tiny American flags and rode with six other motorcyclists on Highway 160 west of Mountain Springs.

They were tourists heading toward Las Vegas on Friday evening, Buratczuk said.

The crash resulted in the highway being closed for hours overnight Friday while troopers investigated.

Investigators lit the otherwise pitch-black road winding between two hills with a tower light and the red and blues mounted on their cars.