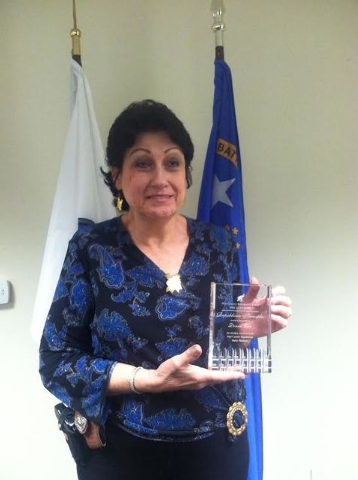 In contrast to an announcement made by Nye County Commissioner Donna Cox, a decision to eliminate Pahrump town decisions has not yet been made.

Cox announced at a Monday meeting of the Concerned Citizens for a Safe Community, that Pahrump town positions duplicated by county employees, will be eliminated after the first of the year. Those positions include that of town attorney and town manager.

“They are going to be gone,” Cox said. “That is another duplication that we don’t need. Anything that is a duplicated service, people will not be working any more.”

The town will maintain its autonomy, Cox said, because they will still have their own budget. Ambulance service is also on the chopping block, according to Cox.

“We don’t even have to have an advisory board, but I feel that we need it, the way I look at the law,” she said. “At this point the County Commissioners will be the advisory board.”

Cox said the fire department is another town funded item to be dealt with.

“I don’t know where that’s going to go,” Cox said. “Chief (Scott) Lewis can see his job is on the line and he’s trying to create his own job as a Nye County Fire Marshal.”

Commission Chairman Dan Schinhofen said Tuesday none of those decisions have been made.

“Ms. Cox is speaking for herself,” Schinhofen said. “The County Commission has not had a meeting on those issues and those decisions can not be made outside of a public meeting.”

Some of those decisions, he said, may be made at the commission meeting this Monday.

Schinhofen did say that he would like to see a comparison in costs between a private and publicly funded ambulance service.

Additionally, he said that the county commission will consider having the district attorney advise them regarding legal services for the town.

County Manager Pam Webster declined comment on Cox’s claims, but did say “none of these items have been considered by the (County Commission) yet.”

The Nye County Commission will meet on Monday, Jan. 5, at 10 a.m. at 101 Radar Road in Tonopah. Sitting as the governing body of the town of Pahrump the commission will discuss and take possible action on:

• The processing of any town claims, warrants and related financial matters.

• Legal services for the town of Pahrump.