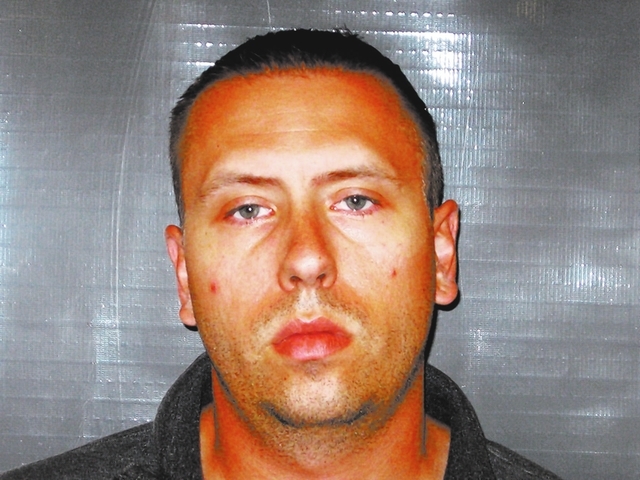 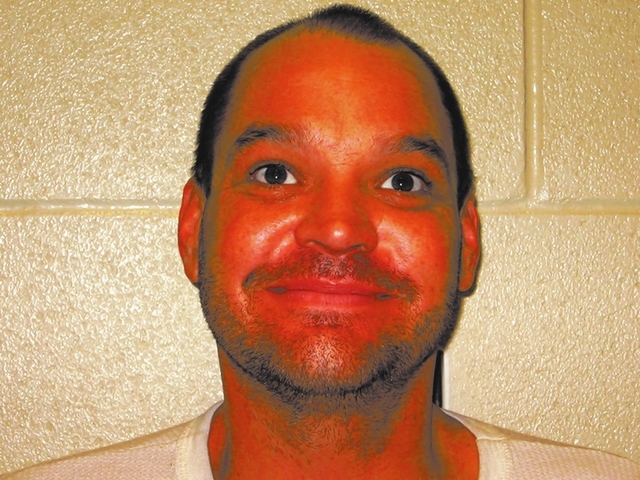 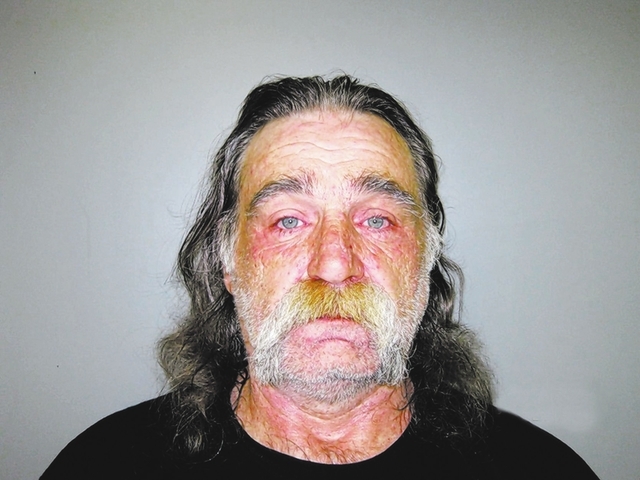 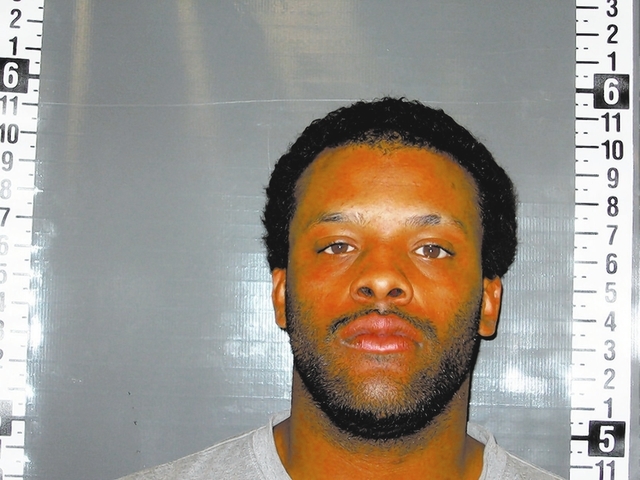 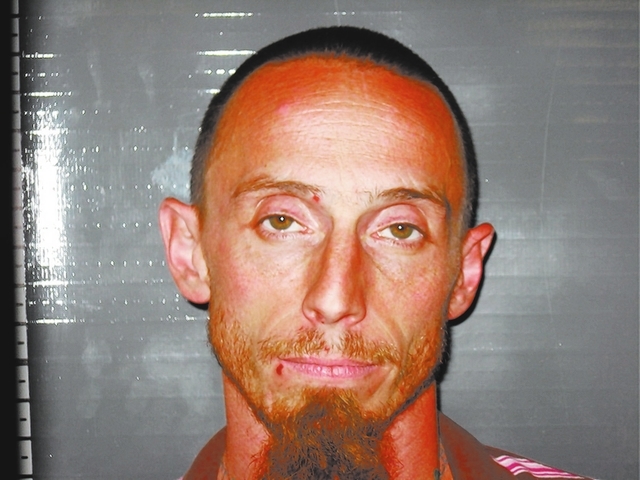 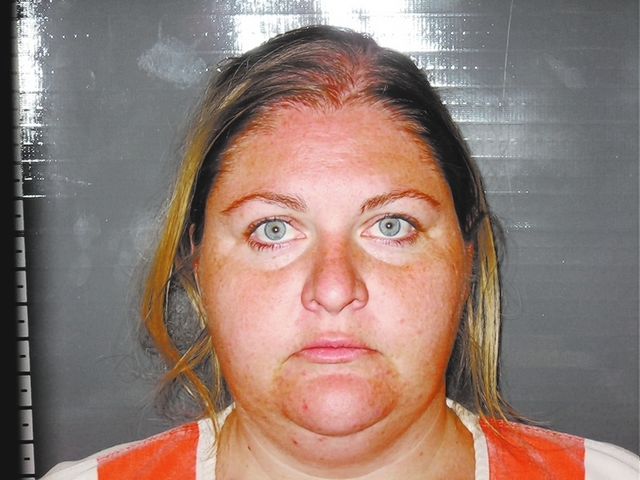 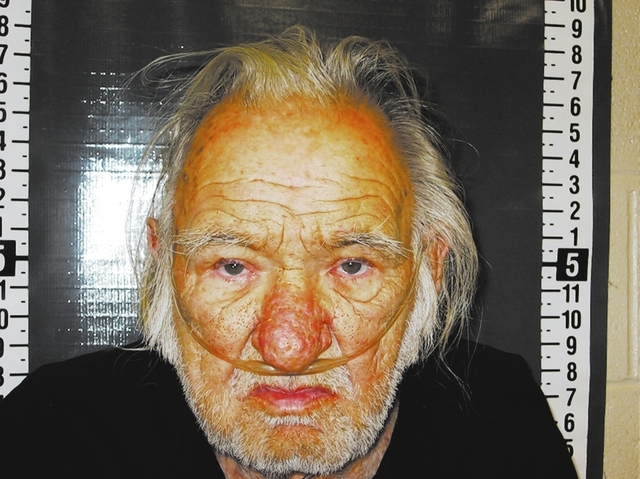 A former employee of the local Sears store was arrested last weekend after a month-long investigation allegedly revealed he had taken more than $4,300 from the store while still employed there and pawned it in Las Vegas.

According to a declaration of arrest in the case on Dec. 3 a Nye County Sheriff’s deputy was dispatched to Sears, located at 1281 Calvada Blvd., for a report of theft. It had reportedly been determined that between Nov. 29 and Dec. 1 approximately $4,363 in store merchandise had gone missing.

Further investigation allegedly revealed it was likely one of several employees working at the store who had unrestricted access to the establishment, even after hours. The employees were asked to submit to a computer voice stress analyzer test, and all but one employee, Jason Paul Martin, agreed to take the test.

An arrest report states Martin allegedly refused to take the test and decided to quit.

A little over a month later on Jan. 17 an NCSO detective conducted further investigation into Martin’s criminal history and reportedly found in October 2012 Martin had been arrested for allegedly breaking into a family member’s home and taking several items and pawning them at a local store here in Pahrump.

The detective then began looking at records of items Martin had pawned since that incident, and allegedly discovered between Dec. 4 and Dec. 7 of last year Martin had pawned 12 Craftsman brand tools, which are primarily sold at Sears stores.

The owner of the Sears store confirmed that at least five of the items Martin had allegedly pawned were registered as missing from his inventory, giving police documentation the items were removed from the store after hours on Dec. 3.

On Dec. 18, Martin agreed to speak with police.

An arrest report notes that he initially denied taking any of the missing money, telling one detective the investigation was a “witch hunt” and that it must have been one of the other employees who had taken it.

When confronted about the power tools he pawned in Las Vegas, he confirmed he had pawned several tools the month before, but said they were presents he and his wife had received at their wedding seven months ago.

Unable to tell police who had gifted him the items or provide any additional information about where the tools had come from, Martin was placed under arrest for grand larceny, burglary and embezzlement and transported to the Nye County Detention Center to be booked into custody.

Three people were arrested after a local couple allegedly agreed to help a friend cash a stolen check last month.

On Jan. 17 police received a report from a woman that one of her employees hadn’t received his paycheck and that it had since been deposited in another person’s bank account.

The woman explained that on Dec. 26 she had issued a check to the employee and placed it in a common place where all of her employees’ checks are kept for them to pick up.

After realizing his check wasn’t there, the employee told his employer that he hadn’t received his paycheck.

The woman then reissued another check for the man, but was then told by Wells Fargo that the check she had issued for the employee had already been deposited in a bank account belonging to Irvin and Patryna McQueen.

On Jan. 18, an officer made contact with the McQueens at their residence. Irvin allegedly stated that a man named Matrix Lee Walker had asked him to cash a check for him because he was unable to do so himself.

Irvin said he then gave the check to his wife Patryna. When police interviewed Patryna, she allegedly said Irvin had signed the check and that she used an app on her phone to deposit it into their bank account.

The McQueens also allegedly told police Walker had told them that the check was stolen, but said when he asked them to cash several additional checks they refused to do so.

All three suspects were subsequently taken into custody and transported to the Nye County Detention Center to be booked into custody.

Two men were arrested last week after police served a search warrant on a home in the 4600 block of West Charleston Park and discovered a stolen firearm and more than one ounce of marijuana in the residence.

According to a declaration of arrest in the case, on Jan. 16 a NCSO Street Crimes detective received information that a temporary protection order had been filed against a man named Edgar Smith, alleging that he had just purchased four stolen firearms and that he had said he was planning to shoot an NCSO deputy on many occasions.

When police went to speak with Smith about the allegations, he allegedly stated he had recently purchased two rifles from someone he didn’t know, but refused to allow officers to check them to see if they were stolen.

After Smith denied deputies permission to search his home, they obtained a search warrant for the property to search for stolen weapons.

During their search, police allegedly found 15 firearms, including one that was found to have been reported stolen out of Nye County and another that was a sawed-off shotgun, in Smith’s bedroom and closet. Several handguns reportedly loaded and ready to fire were additionally found in his mattress.

Police allegedly found four large bags of what appeared to be marijuana in his dresser, prescription pills scattered throughout his bedroom and the living room and a lock picking set as well.

In the home’s laundry room, police also allegedly found another bag of marijuana, making the total amount found in the home more than an ounce.

An arrest report noted it appeared the two men were selling or trading the marijuana for other items, including several guns.

Both Jeffrey and Edgar were then placed under arrest and transported to the Nye County Detention Center to be booked into custody.

Police took a wanted man into custody last week after he allegedly stole gasoline from a local gas station and was later found to be in possession of a stolen vehicle.

On Jan. 16 around 5:40 p.m. a deputy was dispatched to the Smith’s gas station for a report of theft.

When he arrived an attendant said two men driving a gold, four-door vehicle had pumped gas and taken drinks out of an outdoor cooler, before taking off without paying for the gas or drinks.

The attendant described the two males as a man in a black hoodie sweatshirt, and another man wearing tan khakis, a fedora and a large knife on his leg. She allegedly added she believe one of the suspects had done something similar at the gas station approximately one week prior.

Further investigation into the theft revealed one of the suspects involved was a man named Jack Gallego.

The investigating deputy then called a Street Crimes detective, who informed him he was also looking for Gallego in connection to another case he was working on.

Police later located Gallego in the driveway of a home in the 900 block of Lupin Street.

When they found him, he was allegedly in possession of a gold Saturn belonging to an inmate incarcerated at the Nye County Detention Center, who told police Gallego should not be in possession of her car.

The ignition to the vehicle had been punched out and Gallego allegedly told police he had been trying to fix it and that he didn’t have the keys because he couldn’t find them after the vehicle’s owner had gone to jail.

When questioned about the earlier incident at the gas station, Gallego allegedly admitted he had left the scene without paying for his gas.

He was subsequently placed under arrest and transported to the local jail to be booked into custody.