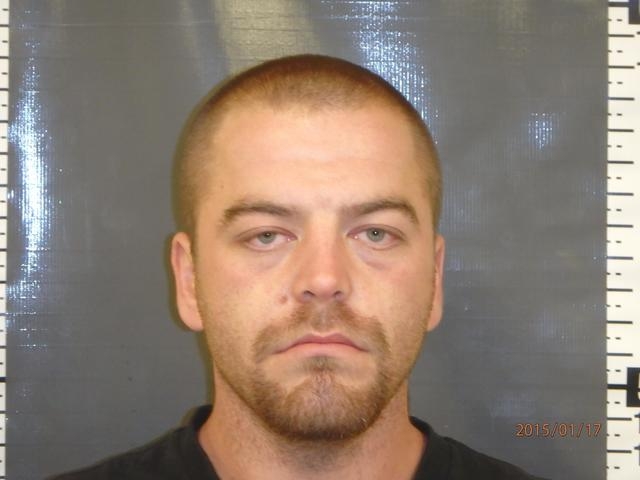 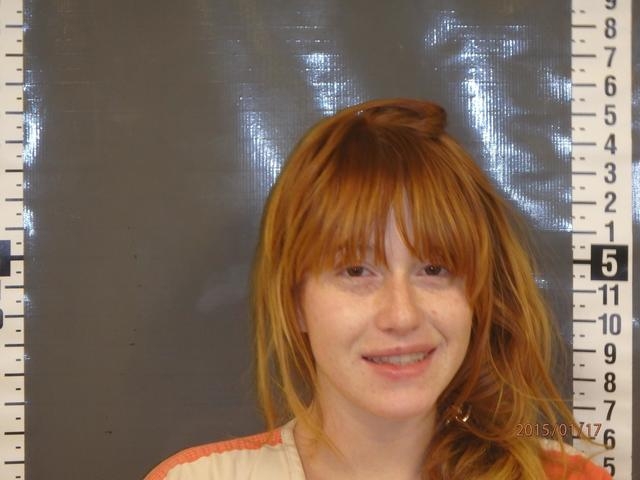 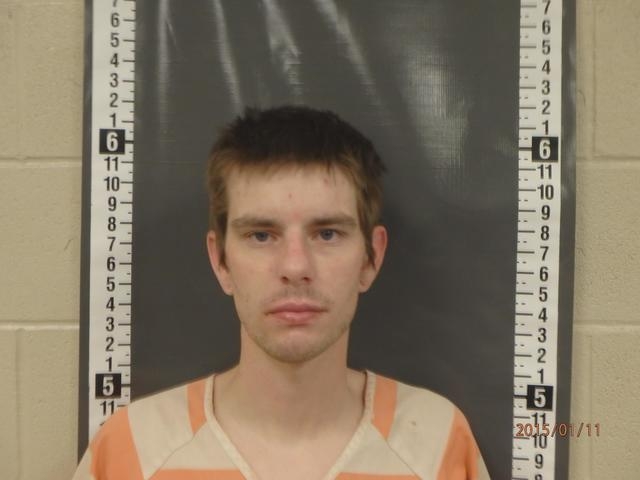 Patrick O’Neil Robbins and Victoria Lusk were arrested on Jan. 16 and charged with possession of burglary tools, possession of drug paraphernalia, possession of methamphetamine, concealing evidence and ex-felon in possession of firearm after deputies observed a vehicle traveling at a high rate of speed on Basin Road.

Deputies estimated the speed to be 59 miles per hour which was subsequently confirmed by radar with a posted speed limit of 25 miles per hour. Deputies stopped the vehicle and made contact with the driver who was subsequently identified through his California driver’s license as Patrick O’Neil Robbins. Deputies noted that there were three additional passengers in the vehicle which was a rental that was rented by Robbins.

After a consent to search was given, deputies located a .22 caliber revolver under the hood of the vehicle with a container of ammunition. Deputies found a white crystalline substance of suspected methamphetamine as well as various tools that resembled suspected burglary tools that included a lock-pick set, numerous shaved car keys, a large flathead screwdriver and lock lubricant oil.

When deputies spoke with Robbins, he reportedly admitted to being an ex-felon out of California which was subsequently confirmed through a wants and warrants check. Robbins was subsequently arrested and transported to the jail and booked.

While deputies were speaking with the other female passengers, one of them, subsequently identified as Victoria Lusk, reportedly attempted to claim the gun belonged to her but investigation revealed it was Robbins.

According to the declaration of arrest, Lusk was not forthcoming with any information and deputies were not able to confirm if Lusk is her true name.

Lusk reportedly told deputies that Robbins is her fiancé and she did not want him to get into trouble. Lusk continued to claim the baggy of methamphetamine found under the passenger seat of the vehicle belonged to her along with the straw.

Lusk reportedly told deputies that Robbins told her to place the methamphetamine pipe inside her body in an attempt to hide it prior to his being pulled over. The pipe was subsequently discovered at the jail.

Alexander Cook was jailed on Jan. 10 and charged with burglary, conspiracy to commit burglary, grand larceny and destroy property of another $25 – $250 after deputies were dispatched to Walmart located at 301 S. Highway 160 regarding a theft that had occurred on Dec. 19.

Deputies made contact with an asset protection employee who reportedly said she found several empty laptop boxes and the laptops were missing. When the employee reviewed the surveillance video, she reportedly observed a male, identified as Cook, enter the store on Dec. 19 at approximately 1:44 a.m. and begin taking laptops out of the cases, placing the items inside his jacket as well as taking a USB drive, placing it inside his jacket and leaving the store.

The property was reportedly valued at $615.

Cook subsequently returned to the store at approximately 6:14 a.m., going to the electronics section, taking a laptop that was on display, cut the anti-theft device and concealing the laptop in his jacket and again leaving the store. The total amount was reportedly valued at $1,136.

Another deputy reported that he had made contact with Cook for an under the influence charge in the area of Calvada Boulevard and Galaxy Road regarding a male being attacked.

When deputies made contact with the suspect, identified as Cook, they reportedly noticed that his speech was slow and his eyes were constricted. Cook subsequently consented to a search of his backpack where deputies reportedly found foil with black residue of suspected heroin.

After deputies spoke to Cook again he reportedly admitted to using heroin within a “few days” of law enforcement contact.

Cook submitted to a voluntary urinalysis which returned presumptive positive for morphine, benzoids, THC (the active ingredient in marijuana), amphetamines and methamphetamine.

Deputies subsequently made contact with Cook at the jail and asked about the alleged thefts. Cook reportedly admitted to taking the laptops and the USB drives because he did not have any money and wanted to give his friend a Christmas gift for him and his children.

Pamela D. Leavitt was jailed on Jan. 19 and charged with driving under the influence with accident after deputies were dispatched to a report of a single vehicle accident at the corner of Manse and Golden Valley roads at approximately 8:24 p.m. Dispatch informed deputies that the reporting person allegedly smelled alcohol coming from Leavitt.

Deputies made contact with the female driver, identified as Leavitt, at the address where she had driven her vehicle through the front of the property on Manse Road.

The vehicle continued through a fence, causing Leavitt to crash into a boat, knocking it off of the boat trailer which was parked on the residence property.

Deputies noted that Leavitt appeared intoxicated when speaking with her. As deputies spoke with Leavitt, they reportedly smelled the odor of an unknown alcoholic beverage coming from her person which got stronger each time she spoke.

Leavitt failed all standard field sobriety tests and was subsequently taken into custody and transported to the Nye County Detention Center and booked on a charge of driving under the influence with accident.