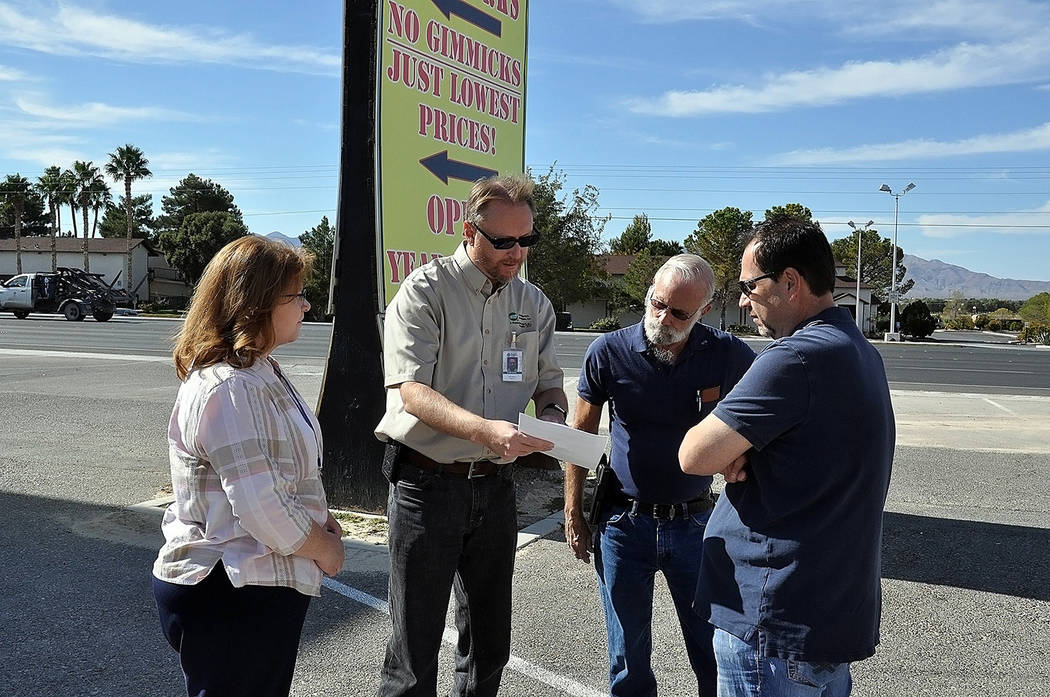 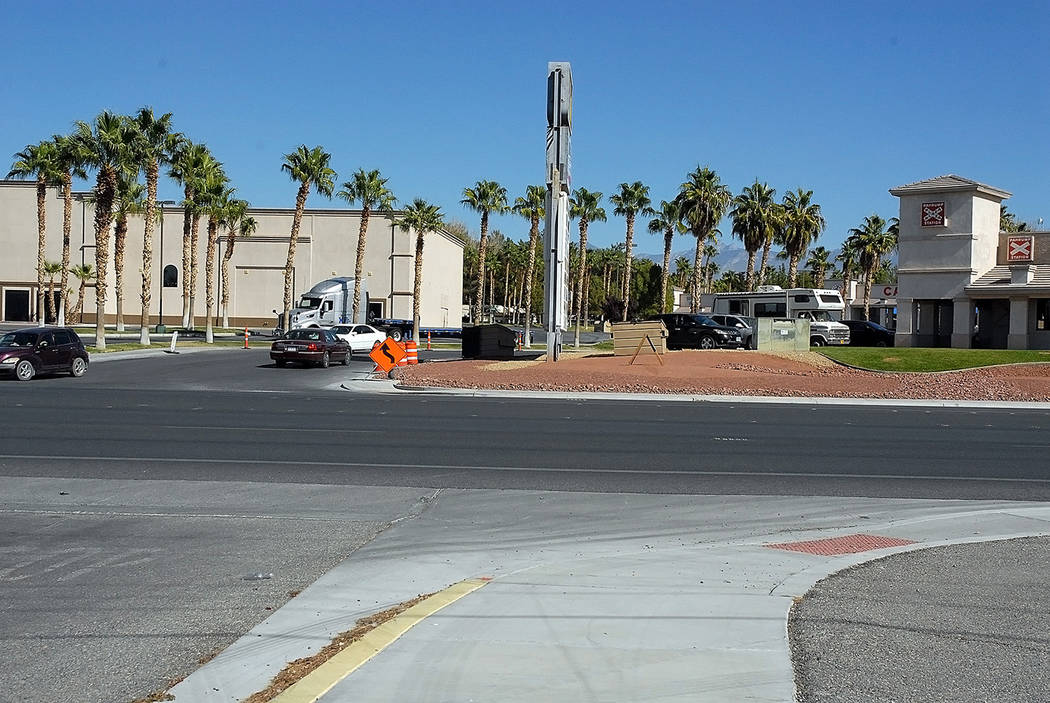 Horace Langford Jr./Pahrump Valley Times - A view of the stretch of Highway 160 between Postal Drive and Saddle West, which has been selected for a new crosswalk.

Any Pahrump Valley resident or visitor who has taken a stroll down the main drag of Highway 160 has likely noticed the scarcity of marked crossings for pedestrians.

In the center of town, there are crosswalks spanning Highway 160 at each traffic light, of course, and another which was just installed in 2017 at Calvada Boulevard and Highway 160. However, the distance between these crossings is in some cases more than a mile, creating a situation that can be frustrating for those insistent on using official crosswalks and dangerous when someone decides to risk running across the roadway.

Now after several years of striving to have a crosswalk installed at an area particularly prone to jaywalking, Nye County is on the cusp of seeing this become a reality. Nye County Commission Chairman John Koenig reported that discussions are currently underway to put the final details in place for the newest crosswalk to grace the valley.

The project will be undertaken by the Nevada Department of Transportation, which oversees all state highways. Koenig noted that the county has identified the stretch of Highway 160 from Postal Drive to the Saddle West Hotel and Casino parking lot as the location of choice.

The crosswalk will be similar to the one at Calvada Boulevard, with a set of safety lights that will flash when a pedestrian engages them, notifying drivers to stop and allow those walking to cross the street.

“We have been asking NDOT for years to have a crosswalk here,” Koenig stated. “People staying at Saddle West constantly want to cross over and there have been some accidents because of that.”

Although there is no timeline available as of yet, officials are optimistic that it won’t be long before the last few pieces come together and the project can commence.

On Thursday, Oct. 25, Koenig met with officials from Valley Electric Association, Inc. in order to nail down some specifics about the final step, a necessary utility easement that will allow the cooperative to provide power to the crosswalk’s flashers. Once the easement has been settled, installation can begin.

“NDOT is ready to proceed once the electric supply issue is settled. Hopefully, that will be soon,” Koenig concluded.