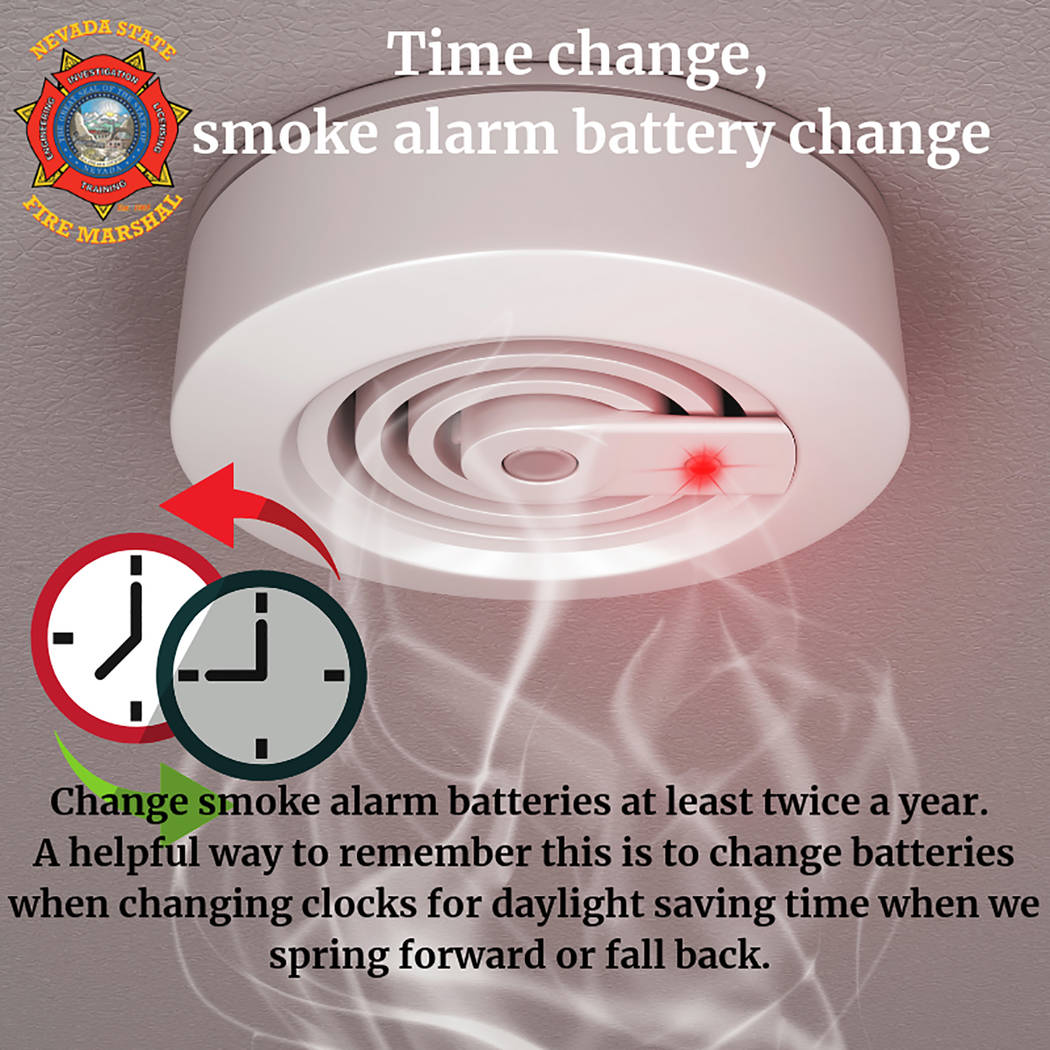 Nevada Department of Public Safety Nevada has had 22 fire fatalities this year, some of which could have been avoided with working smoke alarms present, State Fire Marshal Bart Chambers in an announcement from the state.

The Nevada Department of Public Safety, State Fire Marshal Division, reminds residents that when setting clocks back one hour for the end of Daylight Saving Time at 2 a.m. on Sunday, Nov. 4, it is also a good time to change batteries in smoke alarms.

“We want to eliminate fire deaths and burn injuries and maintain fire safety,” State Fire Marshal Bart Chambers said in an announcement from the state. “Nevada has had 22 fire fatalities this year, some of which could have been avoided with working smoke alarms present.”

According to the National Fire Prevention Association (NFPA) 2015 Report:

■ Smoke alarms provide an early warning of a fire, giving people additional escape time. In 2009-2013, smoke alarms sounded in more than half (53 percent) of the home fires reported to U.S. fire departments.

■ Three of every five home fire deaths resulted from fires in homes with no smoke alarms (38 percent) or no working smoke alarms (21 percent).

The National Fire Prevention Association recommends testing smoke alarms at least once a month, replacing smoke alarms after 10 years, and changing batteries at least twice a year. A good way to help remember to do this is to change batteries when changing clocks for daylight saving time when we spring forward or fall back.