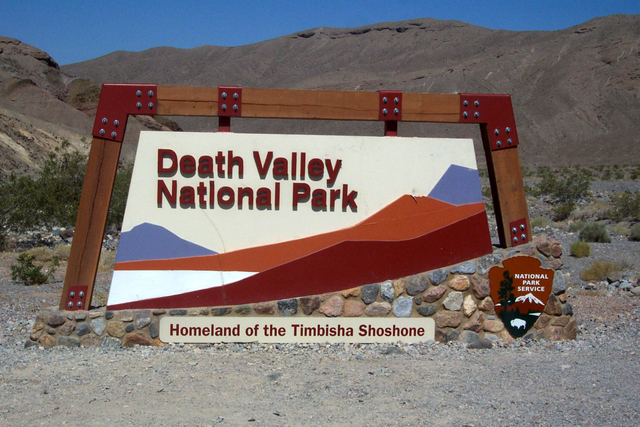 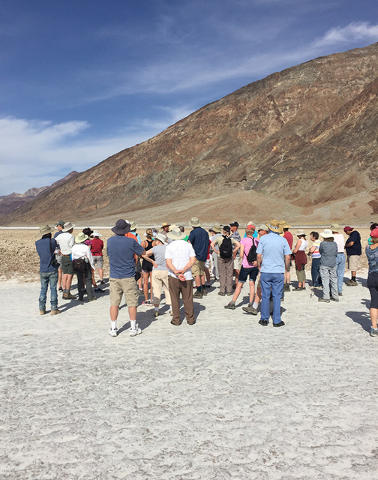 Death Valley National Park drew in a large amount of visitors last year, leading to big money being spent in and around the tourist attraction.

In a report released by the National Park Service last week, it shows that over 1.15 million people visited Death Valley last year, spending over $95 million at the park and the surrounding communities and a cumulative benefit to the local economy of $124 million.

The money that was spent helped support 1,336 jobs in the areas that surround the park, including some from Nye County towns such as Pahrump and Beatty.

The 1.15 million visitors were just six percent lower than the highest visitation Death Valley had ever seen, and all of that occurred while the park saw several weather-related problems.

Several roads in Death Valley were shut down after flash flooding in October, which halted spending in the park and gateway communities during the last quarter of 2015.

The majority of damaged roads have since reopened, with the exception of the direct route from Shoshone, California into the park. Repair work on the area is planned to begin in the next few weeks.

Scotty’s Castle, a popular site in Death Valley was the hardest hit of any area in the park and will likely remain closed until 2019. Scotty’s Castle Road is scheduled to be repaired in the spring of 2017.

Those storms that caused the damage to the roads also provided a positive point, as one of the best wildflower blooms in recent memory took place early this year.

Dubbed the “super bloom,” the vibrant floral display drew in droves of tourists after the bloom began in January.

“There were people everywhere! People parked anywhere there were nice flowers alongside the road, set up their camp chairs, and just enjoyed the view,” said Mike Reynolds, Death Valley superintendent. “Parking lots at popular trailheads were overflowing. Sometimes visitors couldn’t find a hotel room closer than 2 hours from the park.”

“Death Valley National Park appreciates the relationships we have with our surrounding counties and communities,” Reynolds said. “Providing a seamlessly high-quality experience for the visiting public is good for both the park and the local economy.”

The peer-reviewed visitor spending analysis was conducted by economists Catherine Cullinane Thomas of the U.S. Geological Survey and Lynne Koontz of the National Park Service.

The report found $16.9 billion of direct spending by 307.2 million park visitors nationwide in counties within 60 miles of a national park. This spending supported 295,000 jobs nationally; 252,000 of those jobs are found in these gateway communities. The cumulative benefit to the U.S. economy was $32 billion. National park tourism is a significant driver in the national economy, returning $10 for every $1 invested in the National Park Service.

According to the report, Nevada saw almost $240 million in visitor spending. The majority of park visitors spending in the state was for lodging (28.09 percent), food and beverages (21.98 percent), gas and oil (15.03 percent), groceries (13.08 percent) and retail sales (8.04 percent), among other categories.

More information on the study is available through an interactive tool and report at the NPS Social Science Program webpage: go.nps.gov/vse. The report includes information for visitor spending at individual parks and by state.

To learn more about how the National Park Service works with communities in California and Nevada to help preserve local history, conserve the environment, and provide outdoor recreation, go to www.nps.gov/California or www.nps.gov/Nevada.