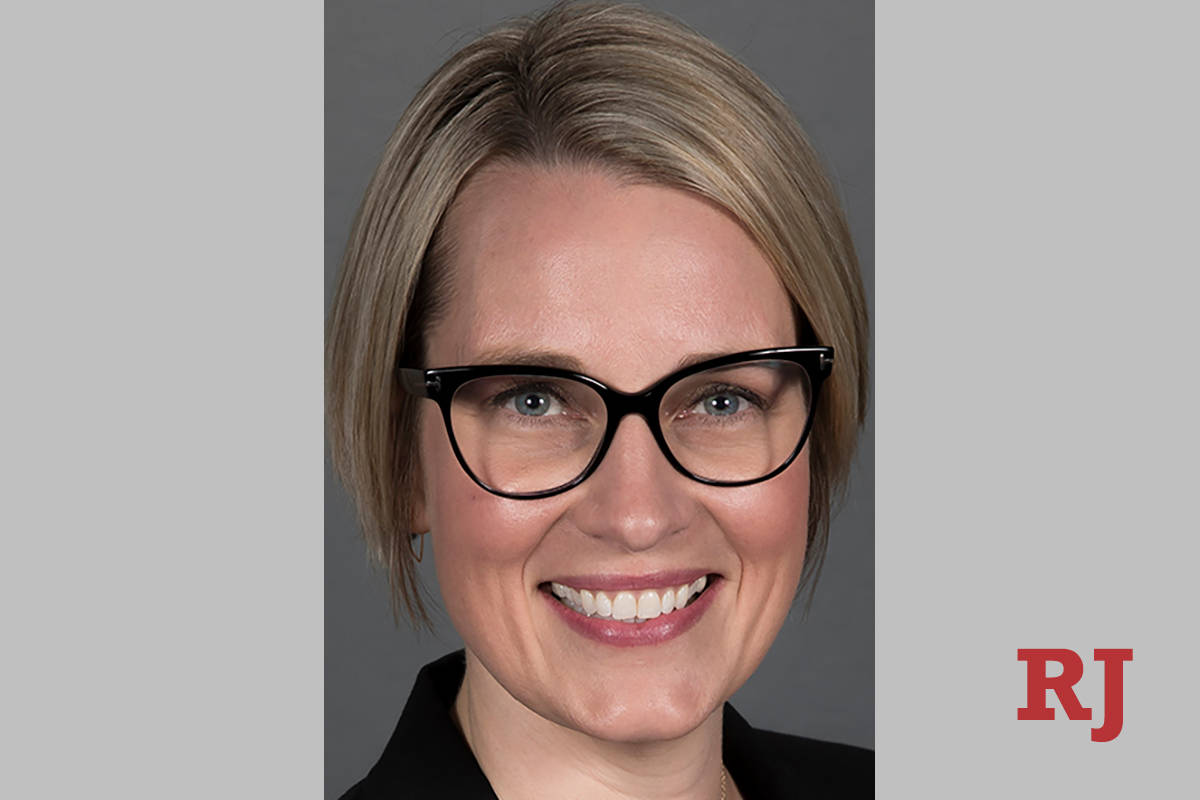 Heather Korbulic was the interim director of the Department of Employment, Training and Rehabilitation. (Las Vegas Review-Journal)

Heather Korbulic, the veteran state administrator tapped in late April to lead Nevada’s overwhelmed unemployment program at the height of the COVID-19 pandemic, will leave the agency “due to threats to her personal safety.”

Her departure, which comes at her request, was announced by Gov. Steve Sisolak’s office Friday, June 19. A written statement did not specify what kind of threats Korbulic has received. She will return to her former post heading the Silver State Healthcare Exchange. A new interim director will be named within a week, the statement said.

Sisolak named Korbulic interim director of the Department of Employment, Training and Rehabilitation in late April. She took over from Tiffany Tyler-Garner, who left the agency officially on May 1.

At the time, Nevada was registering its highest job losses in history, far in excess of those seen during the 2007-2009 recession, as businesses closed amid the escalating pandemic.

Korbulic “jumped right into DETR in early May and immediately demonstrated her leadership and problem-solving skills,” the governor said in a statement. She instantly became a target for criticism as the state struggled to process record jobless claims from residents frustrated by long waits on hold and delays in paying claims.

“Heather’s coordinated project management experience has benefited the department and the dedicated staff who work tirelessly to connect Nevadans to unemployment benefits. I am so grateful to her for taking on this challenging project to make sure Nevadans were able to access their benefits,” the statement reads.

The 13 highest weeks of unemployment claims in state history have occurred since late March, and the state has paid out more than $3 billion for all claims, including for special programs set up in response to the pandemic to help independent contractors and gig workers.

Nevada’s unemployment rate remains the highest among all states, registering 25.3 percent for the month of May, and more than 300,000 Nevada workers, along with 93,000 gig or contract employees, are still out of work and claiming benefits.

The state took emergency measures to address the backlog of claims, hiring 300 additional workers and an outside agency to handle calls, revamping computer and phone systems on the fly, and implementing an entirely new processing system to handle first-time-ever claims for gig workers.

At the same time, Korbulic, as the public face of the agency, was attacked by angry claimants resentful at having to go weeks or longer without income due to the backlogs. Her personal information, including financial account information, was posted and circulated on social media, and protesters threatened to turn up at her home.

Initial jobless claims have declined for seven straight weeks as people have begun to return to work and the state has worked through a backlog of 131,000 claims. Since the start of the year, more than a half million Nevadans have filed for unemployment, 96 percent of them since the COVID-19 pandemic began to take hold in Nevada in mid-March.

Korbulic, who continued to advise the health exchange during her tenure at the employment agency, will return full-time to the top post at the exchange, which she has held since 2016.

She previously served as the exchange’s chief of operations and, for eight years prior, as ombudsman with the state’s Aging and Disability Services Division.

The governor credited Korbulic for connecting “tens of thousands of eligible Nevadans to unemployment benefits.”

The announcement came only hours after Korbulic led her regular weekly press briefing on the state’s unemployment figures. Pending traditional unemployment claims declined by roughly 10,000 for the week ending June 10, to 23,777. Korbulic said the department is working “as quickly as we possibly can” to address issues with pending claims.