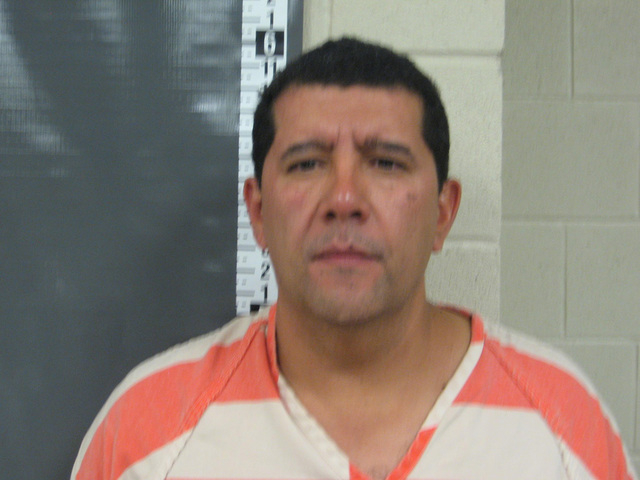 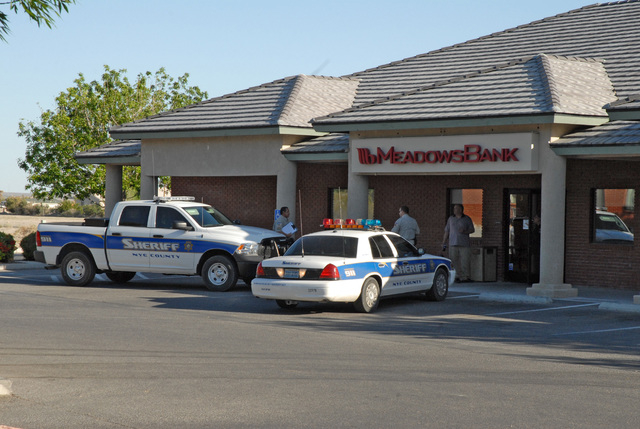 Nye County Sheriff’s deputies arrested a man Tuesday after they say he robbed a local bank at gunpoint.

Juan Aulestia, 47, was taken into custody on charges of robbery with a deadly weapon and burglary while in possession of a firearm after police say he walked into Meadows Bank, 3250 S. Highway 160, with a gun and demanding money.

Deputies and detectives were dispatched to the location at 4:21 p.m. after employees reported a Hispanic male had entered the business and robbed them at gunpoint. The suspect, later identified as Aulestia, was able to escape with an undisclosed amount of money before police arrived on scene.

After deputies and detectives obtained a description of the alleged robber and his vehicle, police began looking for the suspect. Police subsequently located a white truck matching the description in Pahrump Family Mortuary’s parking lot on Vicki Ann Road.

Police said when they approached the truck they saw a man matching the suspect’s description. According to an arrest report, when police made contact with the man, he refused to follow officers’ orders and began walking away from them.

Eventually police said the man complied with police orders and deputies were able to arrest Aulestia without incident.

Aulestia was then transported to the Nye County Detention Center where he was booked into custody in lieu of $30,000. He remained in custody as of Wednesday morning.