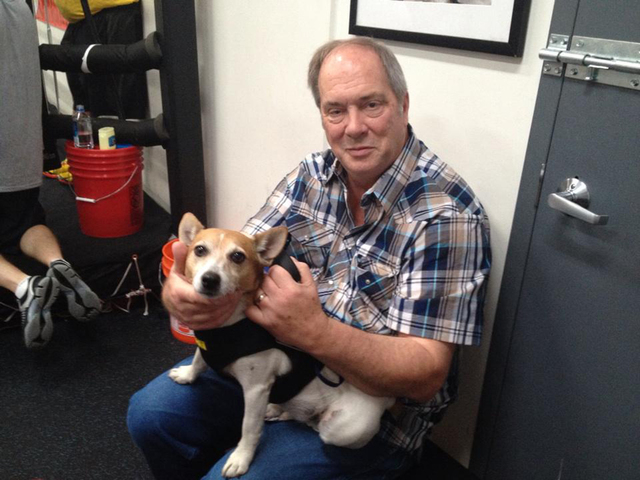 With the bout being billed as the “Fight of the Century” taking place Saturday night between boxing greats Floyd Mayweather Jr. and Manny Pacquiao at the MGM Grand in Las Vegas, a man who has spent his fair share of time in Pahrump played a key role in both fighter’s careers.

Hall of Fame boxing matchmaker Bruce Trampler, of the promotional company Top Rank, Inc. was a key figure in several high profile boxers’ careers, including the two in the big fight this weekend.

Trampler was a key figure in Mayweather’s early career when he was under the Top Rank umbrella, helping him get to the point of megastar that he is at today. He has also worked with Pacquiao over the past several years, as he has fought 22 times under the promotional company, and has been in and out of the Filipino star’s camp in the lead-up to the megafight.

Moving to Las Vegas in 1987, Trampler and his wife found that they enjoyed the quiet town of Pahrump and its natural beauty.

“We started using it (Pahrump) as our weekend getaway, and we bought a home out there,” Trampler explained. “We were very happy with it. Very content.”

Trampler said he and his wife would make the trek to town every other week for several years, up until recently when they started renting out their home in town.

They enjoy Pahrump because the town is the exact opposite of Las Vegas and its notorious busy lifestyle.

“It’s close to Vegas if you need to be there and you’re in a nice tranquil, quiet, pretty spot, that you can do pretty much what you want there and enjoy yourself.”

Definitely not a calm setting this week, Las Vegas is abuzz as fight week is in full effect, keeping Trampler extremely busy.

“We have a press conference today and I am sure it is going to be insane,” Trampler said. “It seems like when you walk around town everyone has got an opinion on the fight and everybody is talking about the fight and that hasn’t happened in years.

“The town is going to be packed, which is great for Las Vegas and we’ll just have to see how it goes, it is definitely something to look forward to.”

With the Mayweather-Pacquiao bout being demanded for years by fans and media alike, many began to doubt the bout would ever take place. Now that is nearly a reality, Trampler said it is a surreal feeling.

“In a weird way it’s anticlimactic,” he said. “I’m like everyone else, I never thought it would happen. So when Floyd finally pulled the trigger and said he would do it, wow, it’s really going to happen.”

Everyone has an opinion on the fight, and Trampler’s is as good as they come with his rich history in the sport, but with his ties to Pacquiao, maybe a little biased.

“I’m going with Pacquiao by decision,” he said.