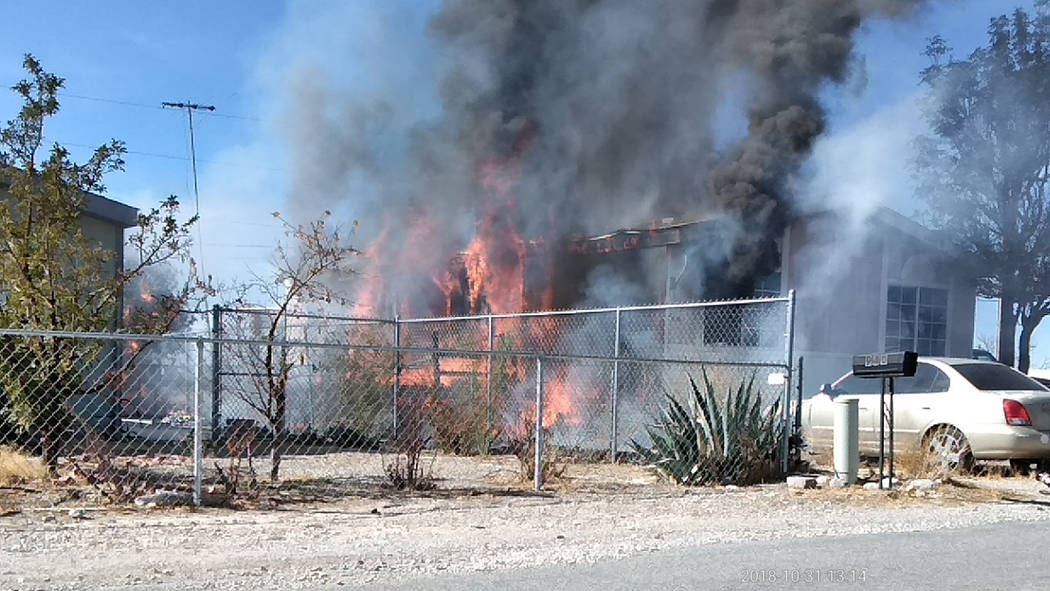 Selwyn Harris/Pahrump Valley Times An early Wednesday afternoon fire destroyed a double-wide manufactured home along the 900 block of Firebird Circle West. All three occupants managed to escape with only the clothes they were wearing. Fire crew had the fire under control within 30 minutes. 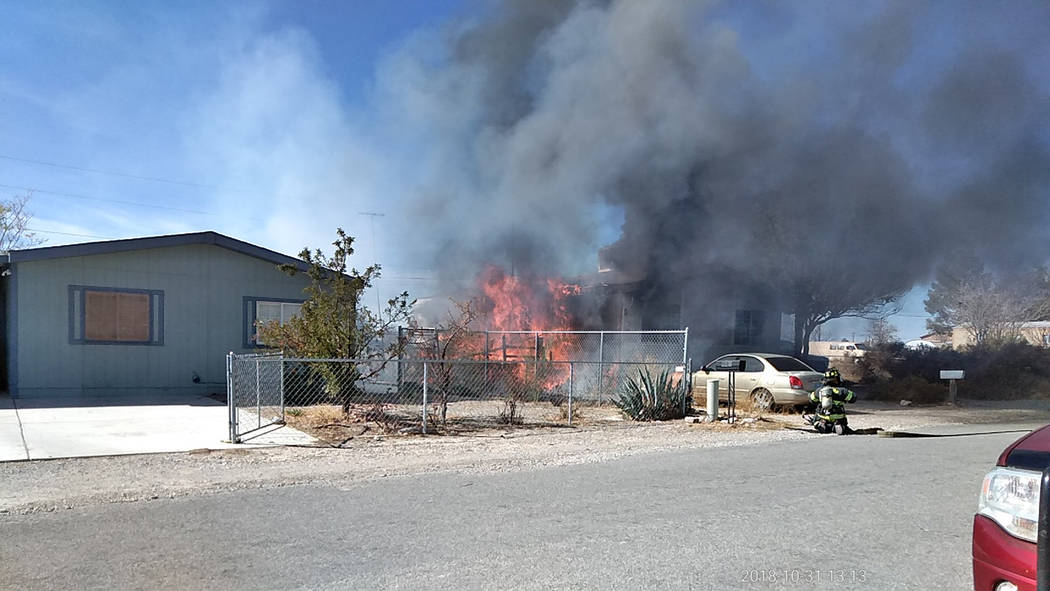 Selwyn Harris/Pahrump Valley Times Pahrump Valley Fire and Rescue Service crews performed what's termed a "blitz attack," after arriving on scene. Several exposures including a nearby residence was protected from the flames. 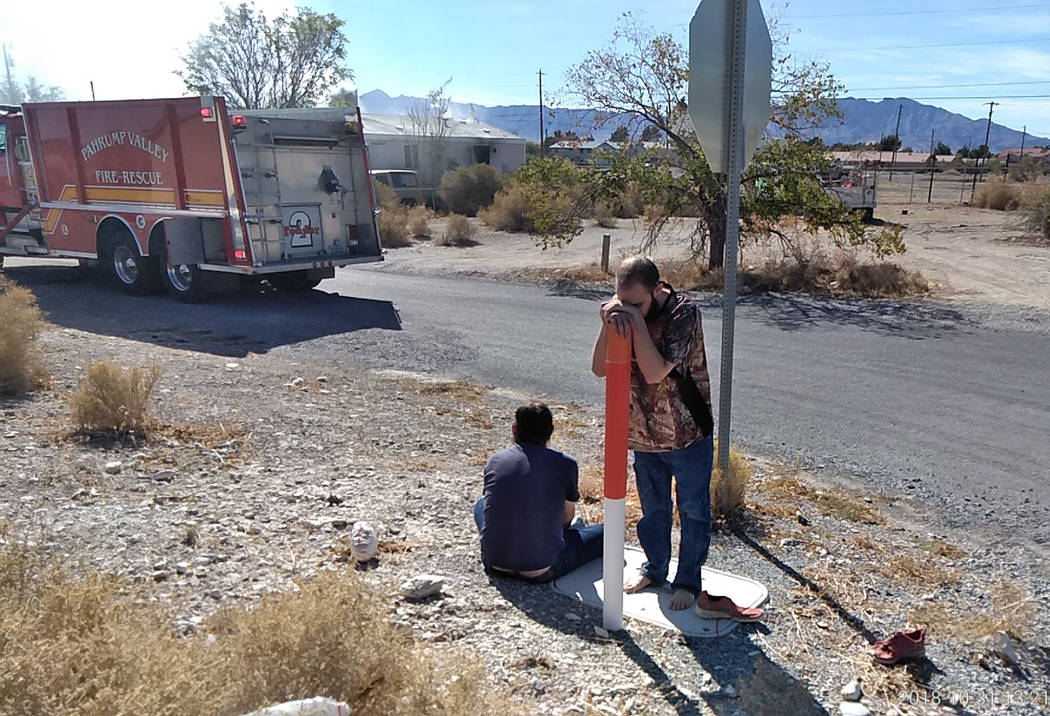 Selwyn Harris/Pahrump Valley Times Michael Neal Ramsey, standing, is in disbelief after fire destroyed his home of more than five years. Ramsey and roommate, Robert Hommel had less than a minute to escape the home before it was consumed by flames. The cause of the fire is under investigation.

Three roommates escaped with just the clothing they were wearing after fire destroyed their home early Wednesday afternoon.

Fire Chief Scott Lewis instructed crews to perform what’s termed a “blitz attack” on what he termed a “high risk” fire as numerous exposures, including a vehicle, were in danger of being consumed by flames.

A five-year resident of the home, Michael Neal Ramsey said he noticed the bushes in his yard were on fire, prior to fleeing the home.

“All I heard was crackling and I said to myself, oh my God, what is that noise?” he said. “I rushed outside and all I saw was the porch on fire. I tried to grab a freaking fire extinguisher but it didn’t even come close to putting it out. It was just too small. I don’t know. Me and my roommates were able to get out of the house safely. I was literally in my boxers when the fire started. I was more worried about getting Robert out and getting my stuff and belongings to a safer place so it wouldn’t burn it up. My phone is inside the house, but it should be safe except for getting watered down.”

Ramsey was referring to his roommate Robert Hommel, who substantiated what Ramsey witnessed.

“I don’t know what happened,” he said. “I came out of my room and saw the porch on fire. It really scared and freaked me out.”

Fire crews had the fire under control in less than 30 minutes.

Valley Electric Association crews also responded to the fire grounds to cut power to the home.