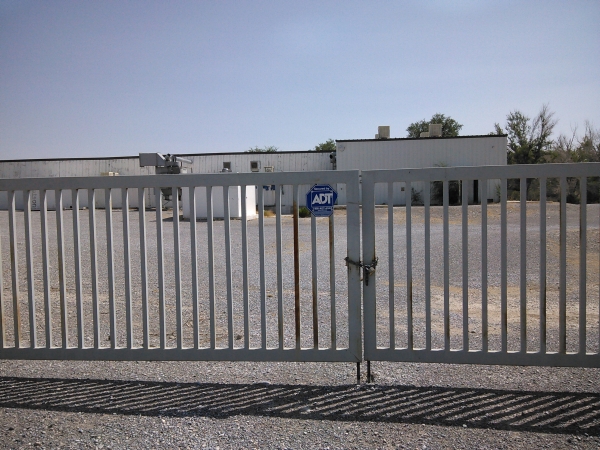 The meeting drew more than two dozen residents to the Artesia Clubhouse.

The two men, a former Los Angeles county judge and a northern California police officer, had concerns about security and oversight of the medical pot cultivation facility approved for 6041 S. Hafen Ranch Road.

Jim Ballew, the former judge, said he thought the meeting was very informative.

“My question was, what controls if any, are they putting on the medical profession as to how they’re going to determine whether a person qualifies for a marijuana card,” he said. “They indicated that there were some state laws in place that would apply to the doctors or people prescribing it and I think that’s very important.”

Ballew said he still had a few reservations about medical marijuana being available to patients, due to his years of dealing with drug users and abusers.

“I am nervous about drugs only because of my years of experience in dealing with young people and the effect that it had on them,” he said. “Other than that, I really don’t know what the heck to say anymore.”

Though Ballew has seen the aftermath of drug abuse while presiding over cases, he admitted the medical component is tough to argue against.

“They made a correct state statement with respect to marijuana having a very strong value as for medical needs,” he said. “I know from personal experience from friends who suffered from cancer and toward the end, marijuana was the only thing that kept them functioning so to speak. It was effective, but outside of that, I still have some concerns that no matter how rigid you control something, somebody always manages to slide under the fence so to speak.”

Lonny Bubak, the retired police officer, said he never thought that marijuana would become a legitimate industry anywhere in the United States.

“In the beginning of my career I didn’t think that it would, but it has certainly morphed into that,” he said. “I’m familiar with some of the benefits to medical marijuana, but my concern is with the kids. What is the industry going to do about education, because I just hear everybody putting out the positive benefits of marijuana? From there, I don’t hear any negative things about it. I remember when I was a kid, the commercial that was on television was with the frying pan and the fried eggs with the man saying this is your brain on drugs.”

Faced with clinical evidence regarding the medical value of marijuana, Bubak said he still believes it’s a so-called gateway drug.

“That’s my problem with it,” he said. “With this message that we are sending, how many kids are we going to have that are going to turn to marijuana use because they think that it’s good. I think these people are capitalists and they want to make a buck because that’s their primary thing. Personally I don’t think any of them could give a damn about my kid, your kid or anybody’s kid. The primary thing is making a buck.”

Ballew, meanwhile, said he believes when the word ‘medical’ is attached to the word ‘marijuana,’ it takes the edge off the issue for some individuals.

“It kind of softens the meaning to some people,” he said. “I candidly have to say that there are a lot of people, especially the older generation, who are more inclined to be a little more liberal about the commercial application of it. By it being made legal, and as a former judge, I of course would protect their legal rights whether I liked it or not. That’s the responsibility of a judicial officer.”

Bubak also shared that concern, while also saying he would not have a problem with a cultivation facility just a few miles from his home.

“I’m not too worried about it because I don’t think anybody will be coming here with machine guns and robbing the place. I just don’t think that’s going to happen. I’m more worried about what we’re going to do to our youth. I thought it was a decent presentation for the agenda that they are trying to accomplish here.”