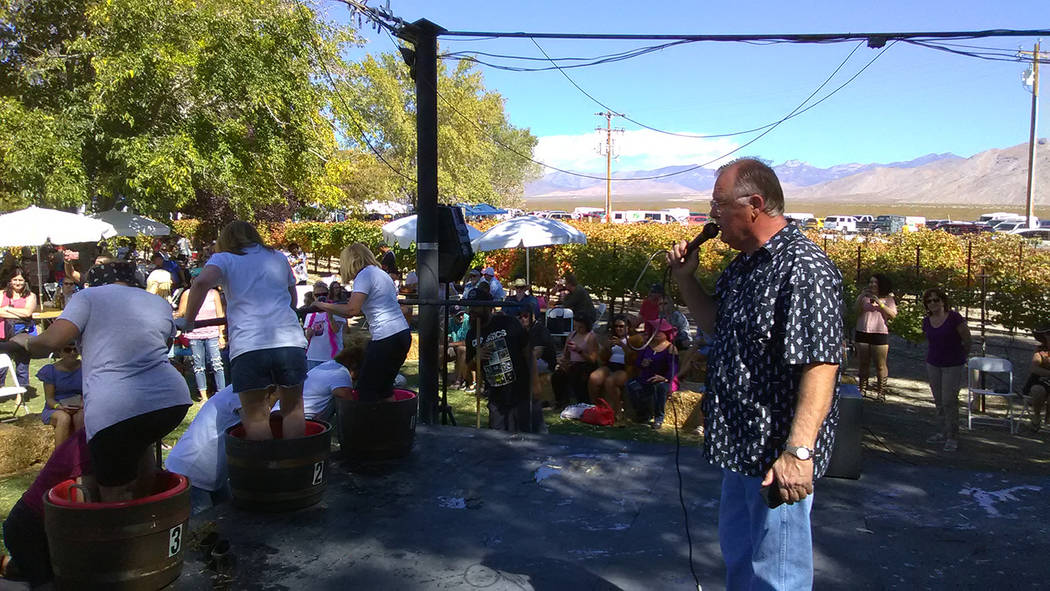 Selwyn Harris/Pahrump Valley Times Pahrump Valley Winery owner Bill Loken engages the crowd during the annual Grape Stomp on Saturday. The two-day event drew hundreds of attendees, some of which were visiting from out of town. 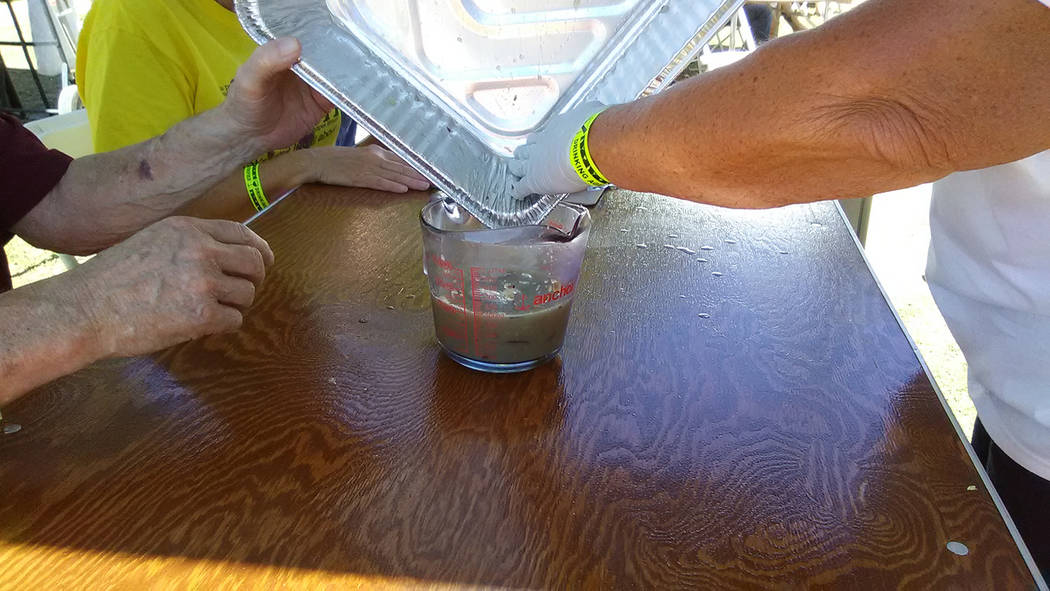 Selwyn Harris/Pahrump Valley Times A stomper pours grape juice in a measuring cup for judges to determine how much juice was extracted. The Grape Stomp competition, consists of two-person teams in an effort to stomp or crush the greatest amount of juice in half barrels of grapes. 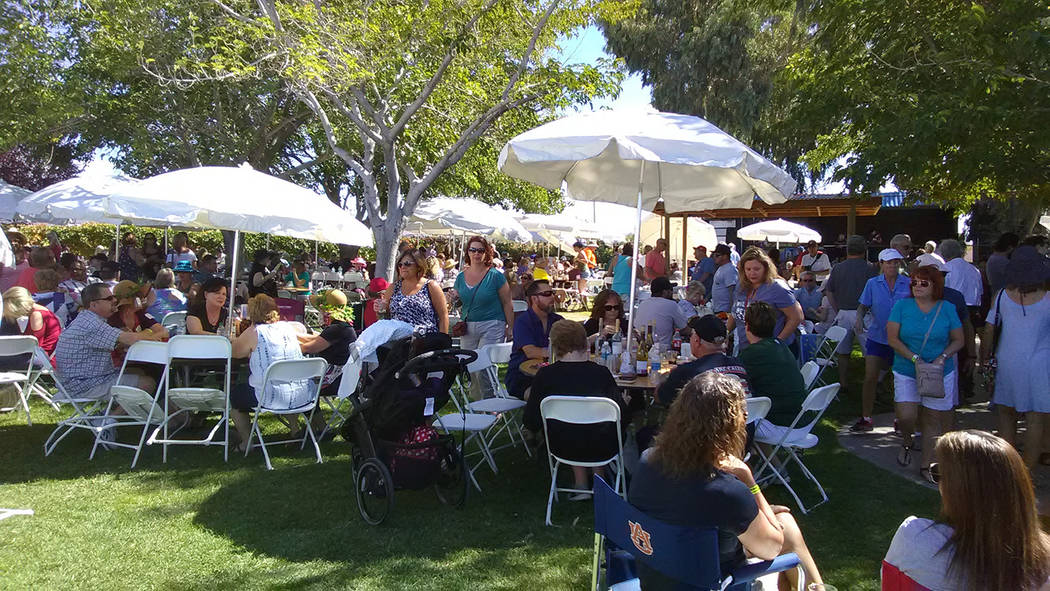 Selwyn Harris/Pahrump Valley Times Aside from the actual stomping competition, attendees browsed the winery grounds, enjoyed wine tastings and toured the winery located at 3810 Winery Rd. Live music along with numerous artisan and craft booths were also part of the popular event.

Wine, food and fun were the order of the day during the annual Pahrump Valley Winery Grape Stomp over the past weekend.

Stomp participants began battling at noon, each hour, until 3:45 p.m.

The event is structured for two-minute stomping heats every 15 minutes. Points were earned for the most juice extracted within two minutes. Winners were selected by producing the largest volume of juice, where awards were bestowed.

Trophies were also awarded for best costume and worst stompers, as determined by the judges.

Bill Loken, who owns the winery with his wife Gretchen, said he was expecting roughly 1,500 to 2,000 eventgoers each day on the two-day venue on Oct. 7-8.

Free wine tastings were available along with live music from the band Shenanigans of Orange County, California.

The stomping event was founded in 1990 by then-owner Jack Sanders. The Lokens purchased the winery from Sanders in 2003, carrying on the annual venue.

Loken added an extra day to the affair about five years ago, due to an increase in demand. The annual gathering usually brings in locals, people from Las Vegas and other tourists to experience a method of wine production used hundreds of years ago.

Check out the complete coverage of the event in an upcoming edition of the Pahrump Valley Times. See the PVT’s Facebook page for videos and a photo gallery of the festivities.