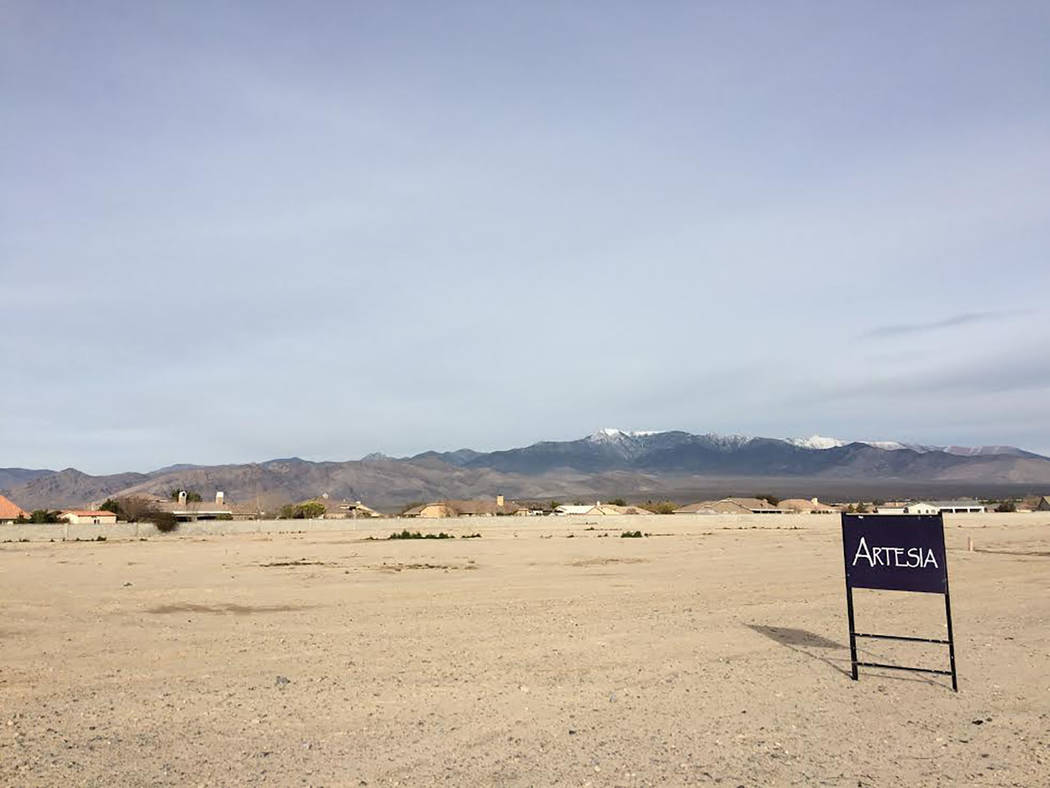 Robin Hebrock/Pahrump Valley Times Those living in the Artesia housing subdivision may have a new shopping destination in coming years. The land shown is slated for a commercial subdivision that could include a variety of businesses, such as a grocery store. 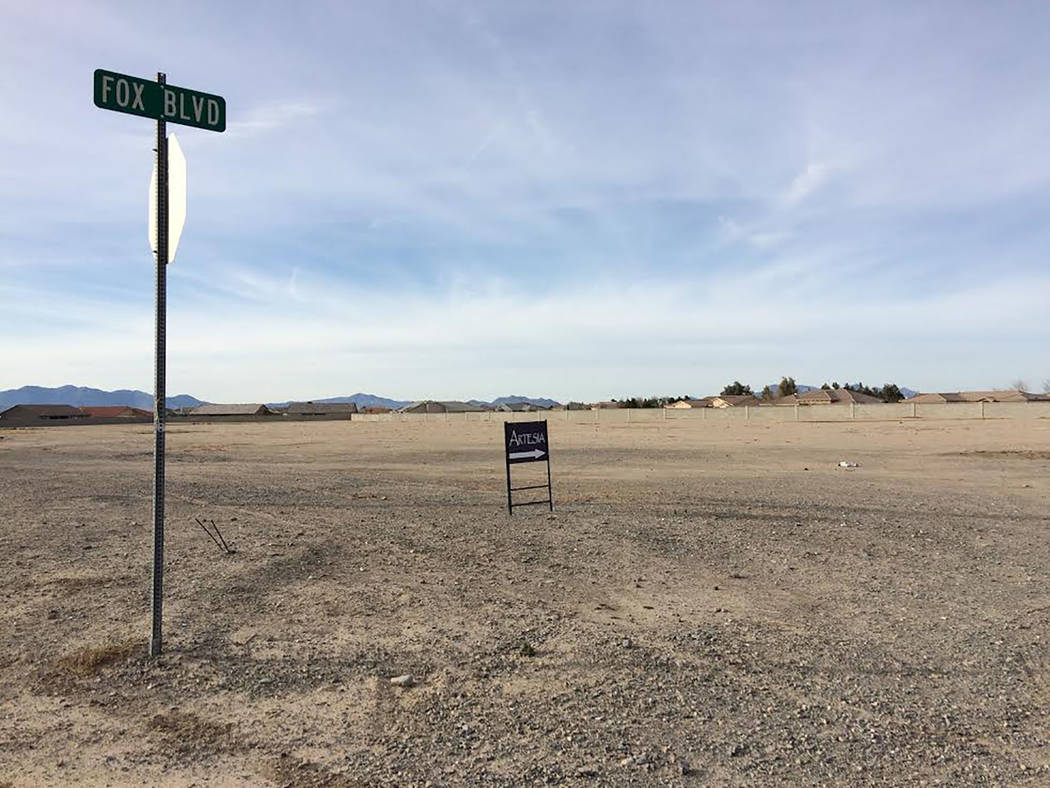 Robin Hebrock/Pahrump Valley Times The view of the bare land at the corner of Fox Boulevard and Kellogg Road, where local developer Tim Hafen has plans for a future commercial subdivision. In the background, homes located in the Artesia housing subdivision are seen.

The year 2018 started with a portent of potential commercial development in the Pahrump Valley.

The commercial development lands total just over 13 acres bordering the existing Artesia at Hafen Ranch housing subdivision. The project could someday add such amenities as a grocery store and shopping center to the southern portion of the valley which, as it stands today, is only sparsely populated by commercial businesses.

The proposed commercial subdivision encompasses two separate parcels, a 7.20-acre parcel at 5060 E. Kellogg Road and another 5.84-acre parcel located at 4900 E. Kellogg Road. Both are zoned neighborhood commercial. Hafen stated at the time that the subject properties have been planned for development for more than a decade, having been platted as a part of the Artesia subdivision on March 24, 2003.

Although Hafen noted that no actual building would take place just yet and indeed, to date none has, he said he was making his request for approval as a preemptive move that would smooth the way for contracts with businesses desiring to purchase space and open up shop in the new development.

“This is two lots… fronting on Kellogg,” Hafen explained for commissioners during the commission’s Jan. 16 meeting. “Fox Boulevard goes between them. They have a six-foot block fence to the north and east and west, separating them from residential lots. The utilities are all there, power, phone, sewer, water.”

“So what we are asking here is, even though we don’t have an immediate plan for use, we have to do this before we can use it anyway, and with the economy picking up and things coming along a little better, we anticipate in the next few years having something going here,” Hafen stated.

The only board member with questions regarding the proposed commerical subdivision was commissioner Butch Borasky, who queried, “Could that property potentially be used as a grocery store, shopping center? Is it big enough?” Hafen confirmed that those were definite possibilities.

Nye County Commissioner Dan Schinhofen made the motion to approve the tentative maps, being sure to emphasize, “This does not grow homes. This allows for more commercial development.” The motions to approve both tentative maps passed unanimously.

“Property owner will be required to improve adjacent roads fronting the property with half-width improvements, to Nye County standards. Those improvements are subject to review and approval (by the public works director) of improvement plans, technical drainage study, traffic impact analysis and geotechnical study,” the backup read. “All off-site improvements and warranty agreements (Commercial Industrial Off-Site Improvement Agreement) are to be completed prior to any issuance of a building permit, business license or Certificate of Occupancy for the subject development/property.”

Impact fees would be determined and paid prior at the time of issuance of any building permits or prior to the Certificate of Occupancy being issued.

“The developer intends to add CC&Rs to the subject property to ensure conformity to the surrounding neighborhood,” Hafen noted in a letter to Nye County Planning. Covenants, conditions and restrictions are rules and regulations governing the use of property as required by a developer, builder or other entity.