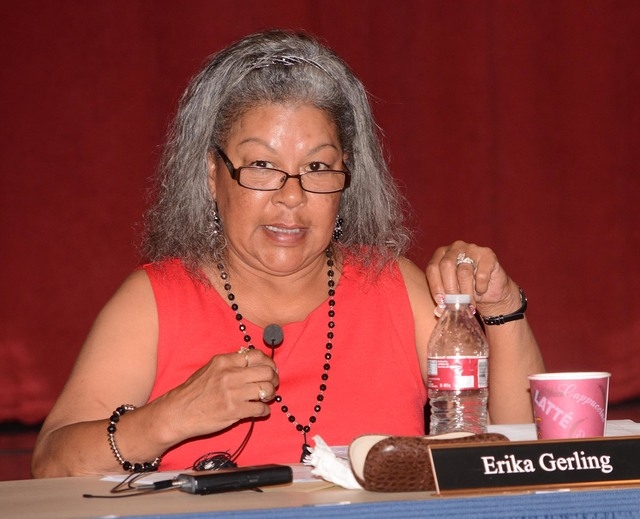 The town is composing a letter to the Board of Nye County Commissioners to be exempt from the Northern Nye County Hospital District.

“I don’t want to pay for a hospital I don’t have,” said Erika Gerling, the Beatty Town Advisory Board treasurer.

Protocol for the Beatty Volunteer Ambulance service mandate that patients be transported to the nearest higher level of care. This means that they are either taken to the hospital in Pahrump, or to meet a helicopter or a paramedic-staffed ambulance that will transport them to Las Vegas.

Gerling said that Commission Chairman Lorinda Wichman has already said she was going to ask that Beatty be excluded, but Gerling suggested that the town board send a letter supporting that position, and the board agreed to do so.

Representatives of the Nye County Senior Nutrition Program were on hand for the April 13 meeting to inform the board about their program and to seek financial support from the town.

Jennie Martin said that if home-delivered meals were eliminated, she feared that some of the elderly who depend on them would not take good care of themselves. She also said that the program is a source of socialization for them “so they are not so alone.”

They are looking at the possibility of delivering hot meals only two days a week, along with frozen meals to cover the rest of the week.

Resident Shirley Harlan asked if they had approached “the mines” for financial assistance, specifically mentioning the Barrick Heart of Gold program.

Gerling said that she could not see the town being able to come up with the $55,000 a year that has been cut from the Beatty program.

Martin said that she understood that, and that they are hoping that things will change and funds will become available. Meanwhile, Gerling said they would need to place an item on the board’s next agenda and be prepared to specify the amount of financial help they are looking for from the town.

Gerling also reported on a meeting she and board Chairman Dick Gardner had with the CEO and other officers of Nevada Health Centers about the Beatty Clinic.

“Their goal is to have a clinic here,” said Gerling, but county funding will end in June. She said that they were told that the Beatty Clinic has already been operating at a $200,000 yearly loss.

She said Desert View Hospital had inquired about the clinic to see if they might want to operate it, but no decision could be made until it is known what Nevada Health Centers is going to do.

“They want to practice, even if it is only for a few hours or days a week,” she said.

A workshop is tentatively scheduled for May 7 to give members of the community a chance to participate in the discussions regarding the clinic.

Board member Crystal Taylor said that she had heard that the school district is not looking to fill the position of Beatty music teacher Dale Lerbakken, who is retiring at the end of the year. “Our kids need band,” she said.

“The district has not made a decision (whether to fill the position) but they possibly won’t,” she said. “We have an amazing band program. Sixty percent of our kids are in the music program.”

Taylor encouraged everyone in the community to let the district and school board know that they want the music program to continue.

The board agreed to shift some of the money set aside for expansion of the Beatty Library to be used to finance the formation of a non-profit friends of the library group, which will enable people to make tax-deductible donations to the library.

They also set aside up to $5,000 for benches and trash cans to be installed by the Robert A. and Florence Revert Memorial Park (Town Square), but they will not be ordered until work on the park has been sufficiently completed to be ready for them.

They decided to wait on making a decision about purchasing blinds to cut down on the sun glare from Community Center entrances until they could do more research into options.

Their last item of business was to approve an amended version of the town’s preliminary budget and submit it to the county. They had conducted a budget workshop earlier in the afternoon.