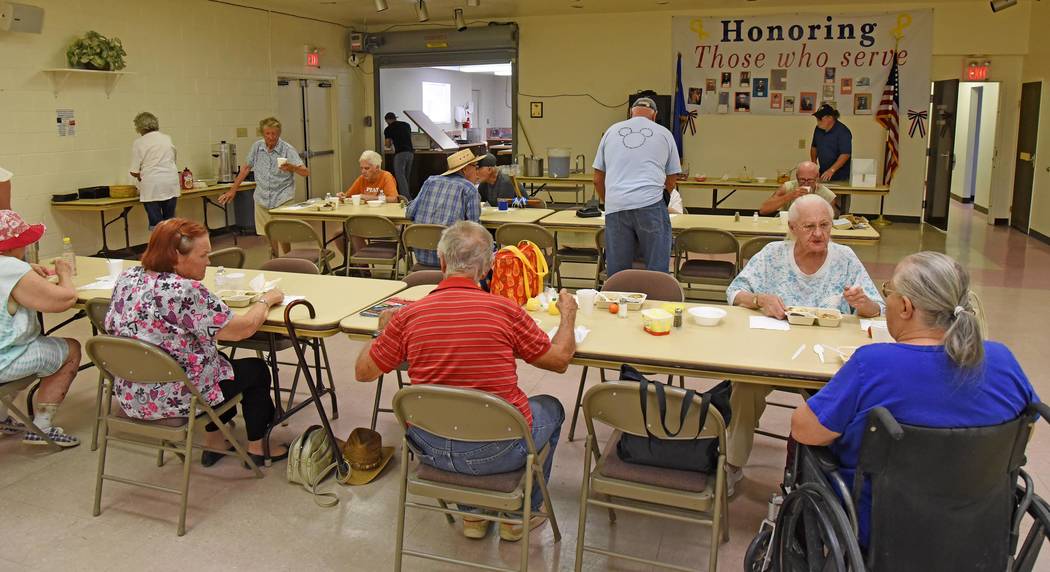 Richard Stephens/Special to the Times-Bonanza Senior citizens in Beatty who normally eat at the senior center eat at the Beatty Community Center while repairs are done on the building, which is closed until further notice. 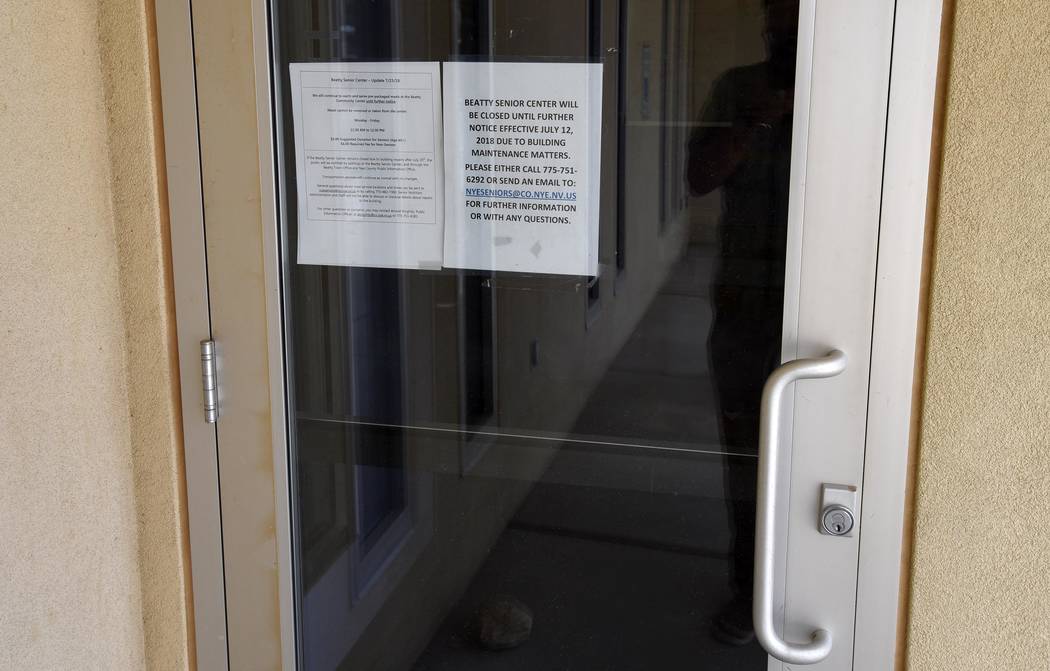 Richard Stephens/Special to the Times-Bonanza A sign posted on the door of the Beatty Senior Center informs local senior citizens that the center is closed until further notice because of needed building repairs. 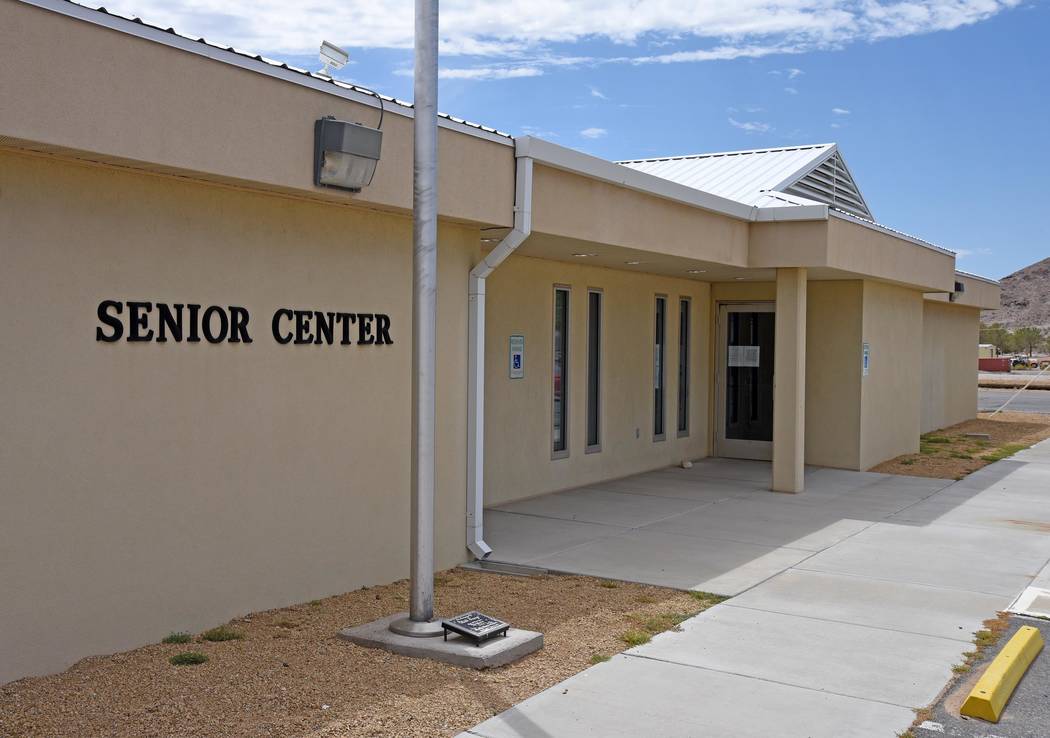 Richard Stephens/Special to the Times-Bonanza The Beatty Senior Center is closed indefinitely because of a broken pipe under the building. Seniors can get prepared meals at the community center next door.

The community center, which has a minimal kitchen, is not adequate for the preparation of the meals, so they are being prepared at the Tonopah Senior Center and being transported to Beatty. County officials are also looking into other options.

Marty Campbell says that they have also moved their bingo equipment over to the community center and plan to have bingo as usual on Thursday evenings, with an early-bird game at 5:30 p.m., and regular play starting at 6 p.m.

The senior center has been closed because of a broken pipe under the building. Beatty Town Advisory Board member Randy Reed, who has worked as a cook at the senior center said there has been “an awful sewer smell” for some time. Assessment from the county identified the broken pipe as one coming from the sink.

Reed also said the building is settling. He said he first noticed it a couple of years ago when he went into the building and almost tripped on a part of the floor that had raised under the carpet. He said that the new stove in the kitchen was level when it was first installed, but now it is so out of level that it can’t be used to bake a proper cake.

The land on which the senior center rests had to be built up and leveled before the building was constructed. Ted “Bombo” Cottonwood, who worked on the job, says that the property used to start sloping downhill about ten feet from the back door of the neighboring community center.

Fill dirt for the project came from the bottom of what is now known as “Bombo’s Pond,” and it was wet.

“It should have been compacted,” says Cottonwood, “but we had no way to do it,” so they worked it the best they could with a bulldozer.

The county is now awaiting an assessment from its insurance company in order to determine how to proceed with repairs.