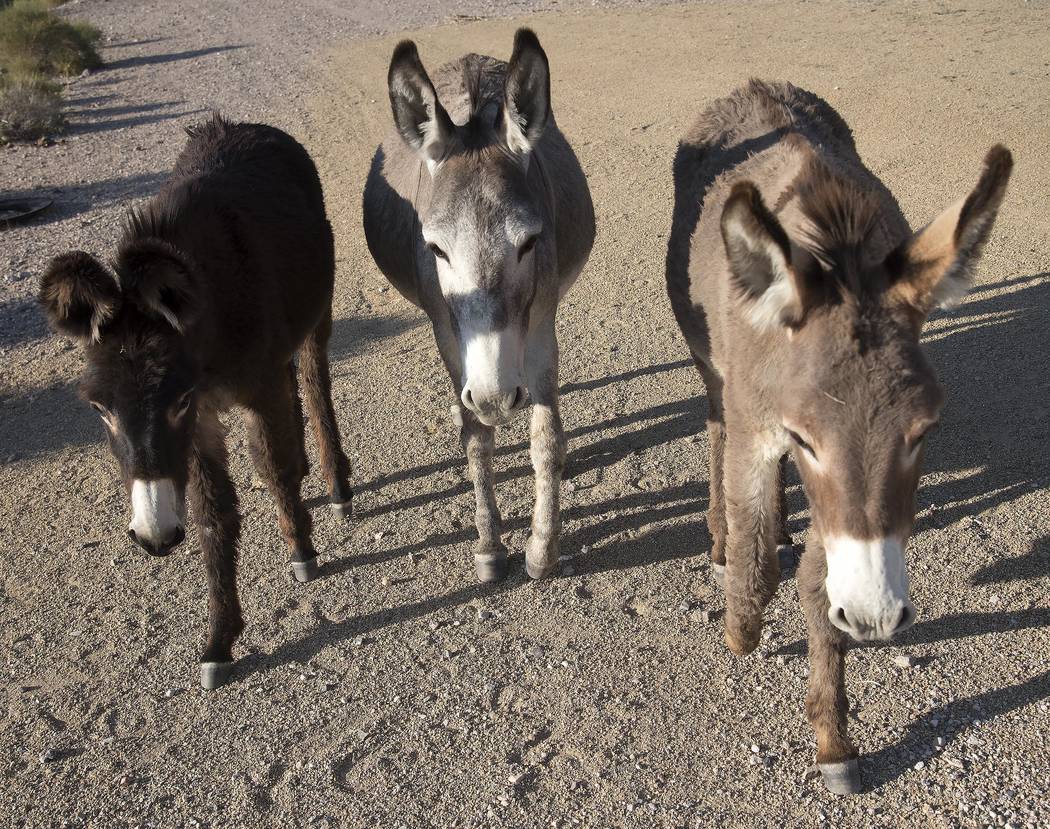 Richard Stephens/Special to the Pahrump Valley Times The U.S. Bureau of Land Management is setting up temporary water and bait traps to capture 300 burros, which will be transported to a holding facility in Utah, where they will be available for adoption. The operation was set to get underway as early as July 10.

Richard Stephens/Special to the Pahrump Valley Times The U.S. Bureau of Land Management has determined that the appropriate herd size on public lands that surround Beatty is between 55 and 91. The allowable number of burros has to do with protection of native vegetation and desert tortoise habitat, as well as the ability of the desert to provide adequate water and forage for the animals, according to the BLM. 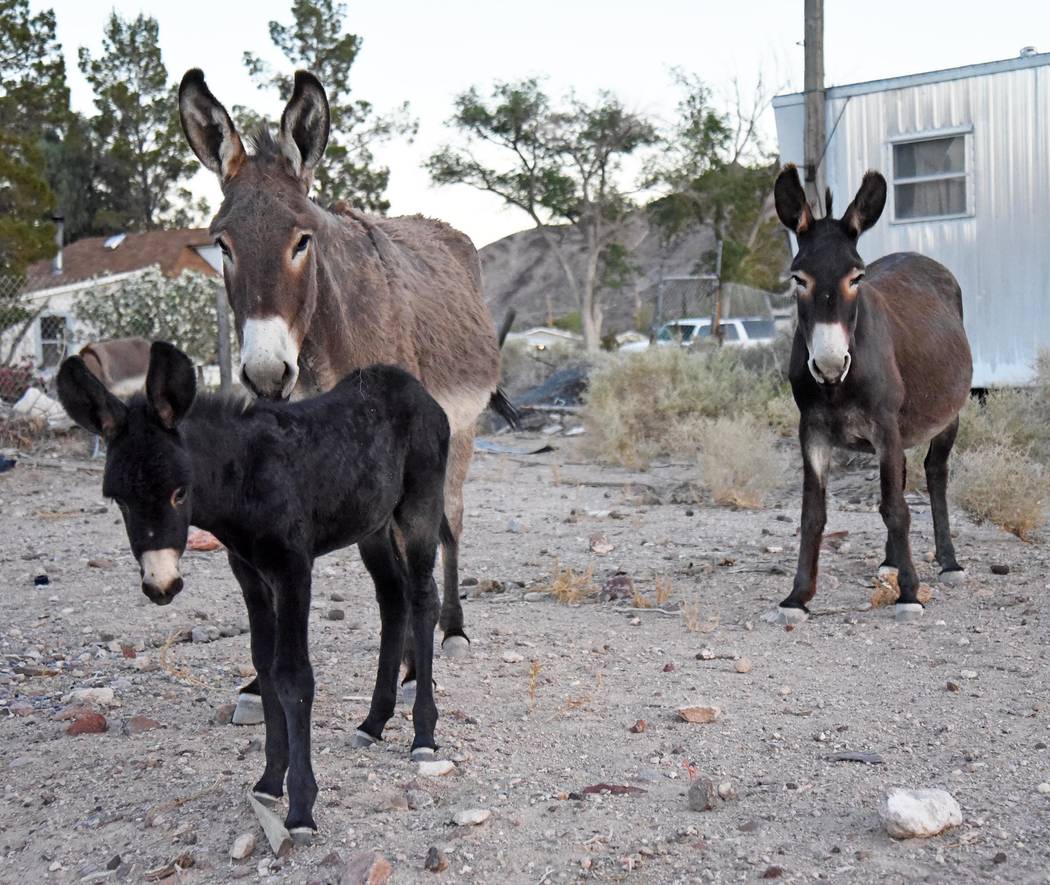 Richard Stephens/Special to the Pahrump Valley Times The maximum number of wild burros the management area is supposed to have is 91 and that the current estimated population of the animals is just under 700.

Operations were set to get underway this week to gather and remove hundreds of burros from an area near the town of Beatty. Federal officials are seeking to reduce the herd size in an area determined to be overpopulated with burros.

The U.S. Bureau of Land Management is rounding up approximately 300 wild burros from what’s known as the Bullfrog herd management area, public lands that surround the town of Beatty.

The BLM determined that some 672 burros were estimated to be on the public lands around Beatty as of March 1, 2018. The “appropriate management level” for the region is between 55 and 91 burros, the BLM stated in a news release. The BLM Battle Mountain District’s field office in Tonopah is conducting the roundup.

At a Beatty Town Advisory Board meeting on June 11, 2018, Tim Coward, field manager for the BLM’s field office in Tonopah, spoke about the removal. According to a June 22, 2018 article in the Pahrump Valley Times, “the allowable number has to do with protection of native vegetation and desert tortoise habitat, as well as the ability of the desert to provide adequate water and forage for the animals.”

A July news release from the BLM stated that the number of burros, determined to be in “excess” of the appropriate level in the area around Beatty, is “impacting private lands and creating public health and safety issues as burros travel near roadways …”

The release also stated that the high number of burros in the area has caused “degradation of the landscape and negative impacts to other plant and wildlife species that share the habitat.

The BLM is planning to use temporary water and bait traps, which the federal agency says consists of “corral panels stocked with water and hay.”

No helicopters will be used, according to the BLM.

The burros are set to be removed from the area and will be transported to Axtell Contract Off-Range Wild Horse and Burro Facility in Axtell, Utah. The burros will receive veterinary care, be vaccinated and dewormed, according to the BLM.

After that, the burros will be put up for adoption and available to qualified applicants, the BLM said in a news release.