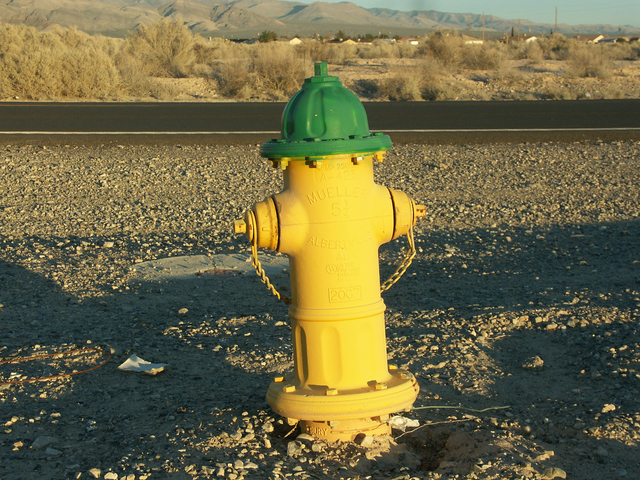 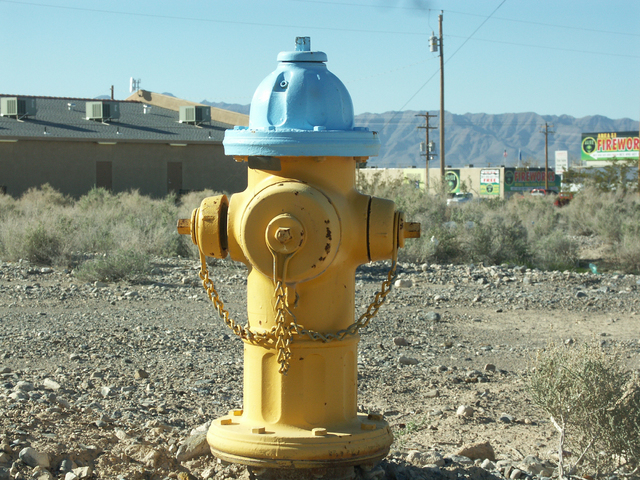 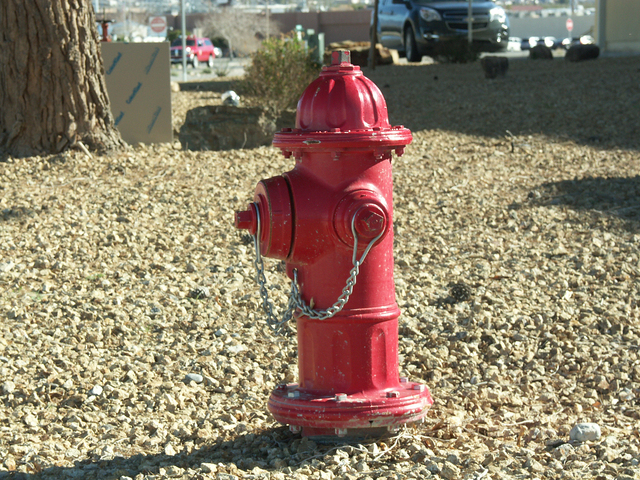 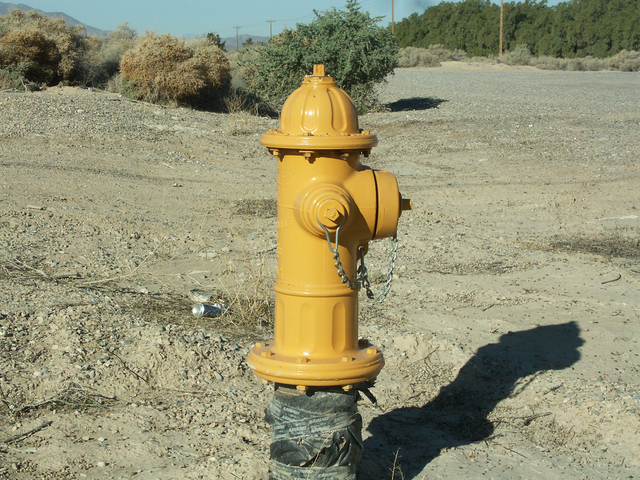 A drive around the Pahrump Valley will reveal a number of blue, green, orange and red fire hydrant bonnets along roadways, but they’re more than just decoration.

Pahrump Valley Fire and Rescue follows the National Fire Protection Agency’s hydrant color codes, where the color of the top of the hydrant or “bonnet” actually dictates the hydrant’s level of performance.

Those living near a blue bonnet hydrant should be relieved to know that it’s deemed the highest performing hydrant with water flows topping 1,500 gallons of water per minute (GPM).

Orange and red bonneted hydrants are both considered marginally adequate and inadequate.

Fire Chief Scott Lewis said water levels in the town’s aquifer determine where the best flows are located in the community.

“It depends on the location,” he said. “Different areas have different flows and depending on where you live, it can vary greatly as far as what the pressures are. There are good sections in the north, south and central Pahrump. We are very fortunate and there’s been a lot of upgrades within the systems to increase those flows. Residents will know just by noticing the color of the hydrant bonnet closest to their home.”

“If you go up north to Blagg Road you will see the blue ones all the way out to the middle school and the Evergreen facility,” he said. “After that, everything drops to green. In residential areas, it’s yellow or orange. The point is, you would need a higher flow for something like Evergreen or the school, than you would for a single family home.”

Red hydrants, according to Lewis, are typically dedicated to one specific structure.

“Red is the worst and it’s under 500 gallons per minute with the exception of a yard hydrant,” he said. “Like Albertsons, all of their hydrants are painted red because it’s for that property specifically.”

Lewis, meanwhile, noted that the department actually uses a scientific formula to help determine how much water is required to battle a fire.

“We do a fire flow calculation,” he said. “Depending on how much of it is involved in the fire, we do a mathematical calculation to determine how many gallons per minute we need to keep that fire under control at that point and extinguish it.”

Additionally, Lewis noted that regular inspections are performed on the hydrants to make sure they are performing at the expected levels.

“The water utilities actually test them and they have people come in, do the testing and then they paint the bonnets,” he said. “The utilities do inspections and keep us informed if a hydrant goes out of service for whatever reason.”

A driver who loses control of their vehicle is one way to put a hydrant out of service.

Lewis said what people see on movies and television from time to time, differs from reality whenever a car plows over a fire hydrant.

It all it depends on which part of the country one lives in.

“There are two different types in general,” he said. “There’s a wet barrel, which means the water is all the way up to the top all the time and that’s usually in the areas that never have a problem with freezing. There’s also dry barrels. Anywhere that there could be a problem with freezing, the plunger is at the bottom buried in the ground and it has a breakaway. If someone sheared the hydrant off its base, which will shear as well and keep the plunger in place and therefore, you won’t have a water geyser.”