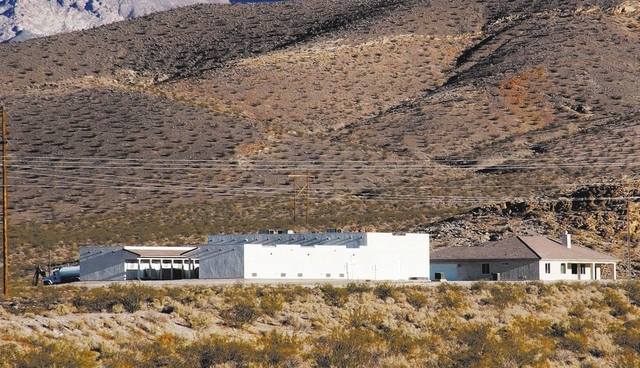 Guy Brenkman was born in Illinois in February 1947. He got into the liquor business and over the years owned several night clubs and neighborhood taverns in Peoria, Illinois.

A woman whom he knew worked in a strip club in the Peoria area and was having difficulty getting along with its management. After hearing of her troubles, and being a can-do sort of fellow, he said, “To heck with it; I’ll build my own club.” There were four or five other big clubs in central Illinois at the time and it was not easy getting started.

Brenkman referred to his new establishment as a “gentleman’s club, a strip club.” In it, girls danced onstage and offered patrons lap dancing and couch dancing. Nothing else was permitted at his club, called Fantasy Land. Women who worked there were not supposed to see club patrons after hours. Prostitution was against the rules in the club, not to mention the law.

Brenkman said if he found that a girl who worked for him was practicing prostitution, she would be fired.

A Move to Nevada

Over the years, Brenkman had heard about the legal brothels in Nevada. He had developed diabetes and the wet and damp weather in the Midwest didn’t help. More than anything else, a decline in his health motivated Brenkman to think about leaving Illinois. He and his wife traveled to Las Vegas on a getaway vacation, rented a car, and looked the area over.

They drove to Beatty and Brenkman found himself thinking, “Gee, I like the looks of this country; I think I might move out here and retire.” Back in Peoria, his doctors were telling him his business was too much stress and he should retire.

Brenkman returned to southern Nevada a second time to seriously look the situation over. He met with a realtor and ended up buying 80 acres in Amargosa Valley about a mile south of Beatty. Intending to build a brothel on the property, he began familiarizing himself with the many rules and regulations for licensing and operating a brothel in Nye County.

With 80 acres, he felt that he had a certain amount of control over his destiny. The property was on city water and sewer, the farthest of any such service from Beatty. When he got out of his car on his new property, he thought, “Oh, my God—the silence is beautiful.”

In operating his club in Illinois, Brenkman had to jump through a lot of hoops to remain open. “I was squeaky clean,” he said. He had no problem in getting a license for his Nye County brothel, but there was an enormous amount of required paperwork. He had to come up with 10 years of tax returns and he spent over $60,000 in legal fees. “They had to really scrutinize me,” he said.

The process took the better part of six months.

Brenkman built two structures on his property, a bar and brothel and a beautiful home for himself and his wife located about 100 yards from the brothel. Brenkman designed the brothel and bar himself. He named it Bikinis.

Brenkman gave me a tour of the establishment in 2011. The bar/nightclub was patterned after a strip joint he had owned in Peoria. It featured a large bar and stage where women could dance and couches where people could sit and talk.

The adjoining brothel had two types of rooms, those for entertaining clients and those where the girls lived, separated by a lovely courtyard. The entertainment rooms were about the size of a small Holiday Inn room. They were, as Brenkman said, “A little gaudier than a hotel room, but they’re still nice.”

Each had its own bathroom and shower. Brenkman said a newly hired girl would walk into one of those rooms and say, “Oh, my God. You don’t know what I’m used to working in.”

Rooms where the girls lived were hotel-room size and comfortable, each with its own bath. The women had different working arrangements. Some worked two weeks on and two weeks off; others, a week on and a week off.

He preferred the two-week arrangement. His license was for five girls, meaning five girls working at a time, for a total of ten registered.

Alcoholic beverages at Bikinis were more expensive than those available in Beatty.