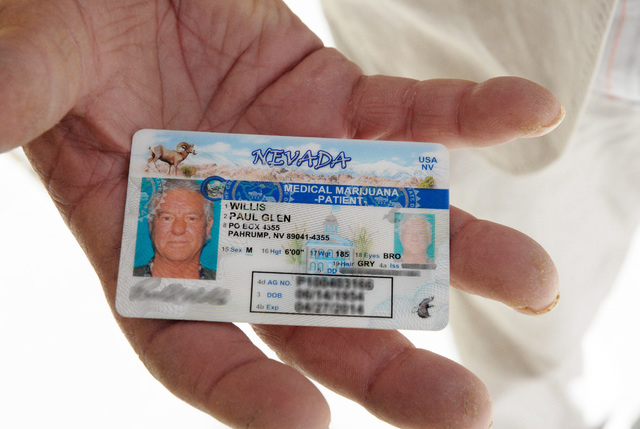 TONOPAH — The county commission in two weeks should be considering regulations for special use permits on medical marijuana establishments both inside and outside the Pahrump Regional Planning District, District Attorney Brian Kunzi said Tuesday.

That’s slightly different from conditional use permits, which a property owner is required to obtain from the Pahrump Regional Planning Commission for projects that may have a negative impact on a neighborhood.

An unlimited number of grow houses, however, may be constructed inside and outside Pahrump but all medical marijuana establishments in Pahrump have to abide by zoning restrictions: be in commercial or industrial zones, be at least 1,500 feet from parks, churches, schools or child care facilities and 300 feet from residences.

Kunzi at that meeting suggested requiring special use permits as an additional control over the budding industry.

“That way it will apply equally in the Pahrump Regional Planning District and outside, the same conditions, so there’s a lot we have to rewrite and in the interim,” Kunzi told commissioners Tuesday.

The state will grant registrations for medical marijuana licenses on a first-come, first-serve basis, based on who gets through the local process first, the DA said.

“We want to put in a process that will give you an opportunity of basically doing a competitive analysis of all the applications at one time, particularly since the county only has one dispensary at this point in time, we don’t know how many cultivation facilities will be allowed. But this will then allow county commissioners to control who and where and the conditions in which these cultivation facilities and these dispensaries would be allowed. It would be your choice, your pick and not leaving it to the fault of the state,” Kunzi said.

Drafting the permit regulations won’t affect anybody currently, because the county still has in place the licensing requirement, in order to get a license, marijuana establishments have to have a permit, he said.