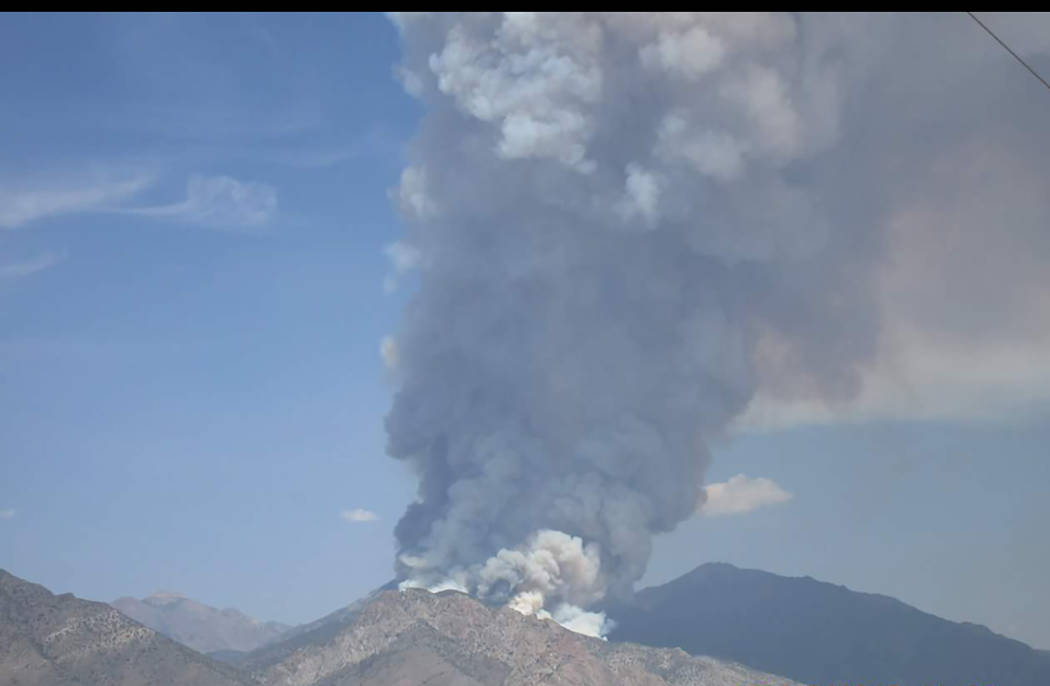 Evelyn Moyer/Special to the Times-Bonanza The Broad fire was started by lightning the afternoon of July 19, burning in brush and pinyon-juniper woodland. 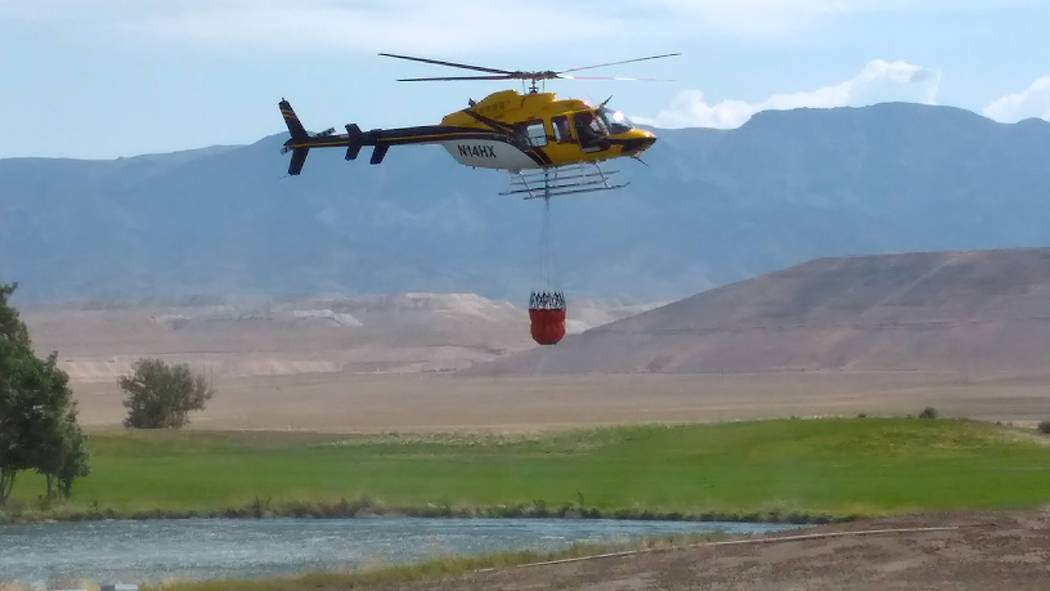 Rob Trelford/Special to the Times-Bonanza A helicopter assisting in the firefight is seen on July 20. Fire resources included 127 firefighters, seven engines, three hand crews, one bulldozer and two water tenders. 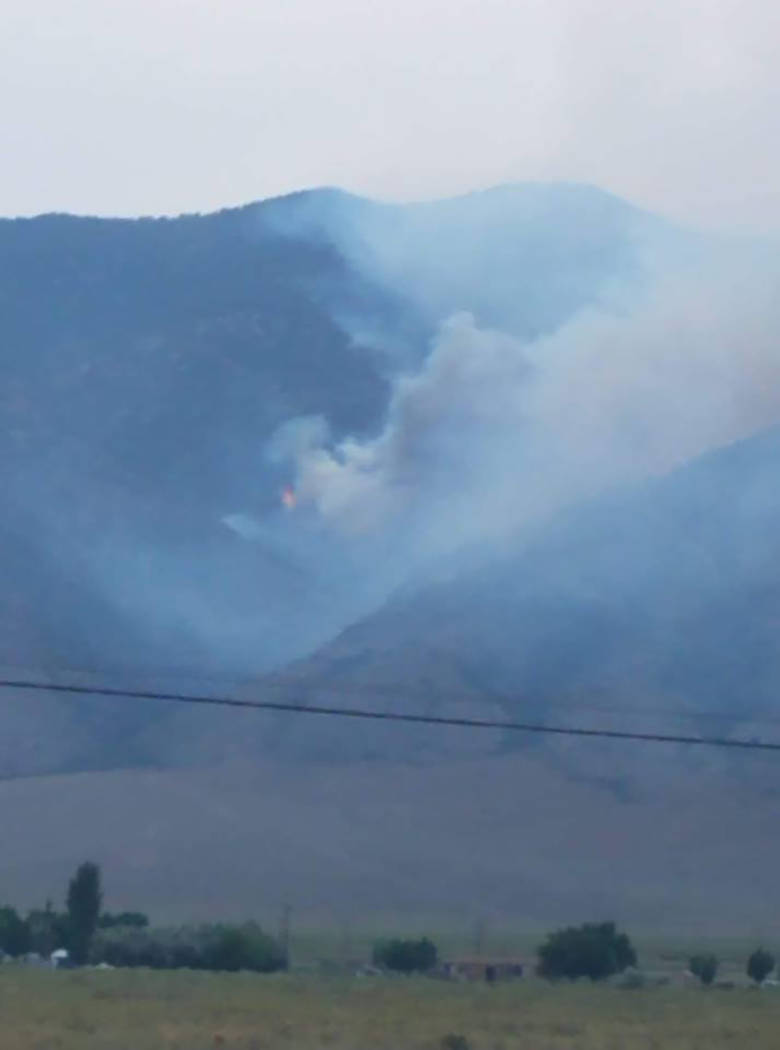 Corrine Dowers/Special to the Times-Bonanza A look at the Broad Fire near Round Mountain. The blaze burned more than 500 acres.

A wildland fire near Round Mountain and Austin reached 543 acres over the weekend as crews worked to contain it.

No injuries were reported or structures lost or damaged in the Broad Fire in the Austin-Tonopah Ranger District of the Humboldt-Toiyabe National Forest. The fire stood at 50 percent contained earlier this week.

“The fire is located in very steep and rugged back-country terrain, limiting firefighter access,” the U.S. Forest Service said in a July 22 update.

The fire was started by lightning the afternoon of July 19, burning in brush and pinyon-juniper woodland. “It is wind and terrain driven and moving primarily south,” the U.S. Forest Service said in an update.

The Forest Service led the fight against the blaze that sent smoke into both the Tonopah and Austin regions.

“We are encouraged that the rainfall assisted in current suppression efforts,” incident commander trainee Sean Whalen said in a statement. “While our team is transitioning the wildfire back to the Austin-Tonopah Ranger District, we still encourage the public to be aware of potential new starts caused by lightning.”

Officials this week said that:areas of the fire may have pockets of vegetation that may be holding heat

with the predicted high temperatures and gusty winds, occasional smoke may be visible from the town of Round Mountain and Carvers.

smoldering vegetation is deep within the fire perimeter

Residents were asked not to report the smoke. “We will have firefighters patrolling the area,” the Forest Service said.

“The kindness shown to the Nevada Interagency Type 3 Team has been overwhelming and we appreciate your support during the Broad Fire,” he said.