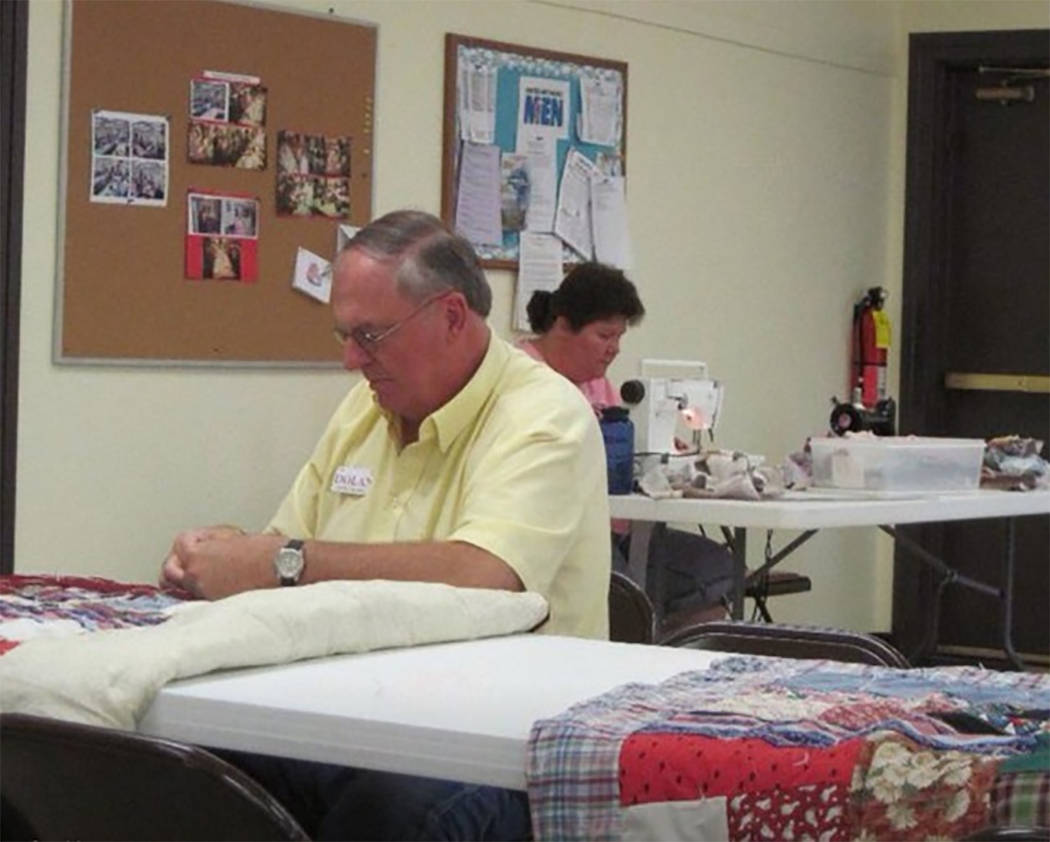 Special to the Pahrump Valley Times A group of local volunteers is coming together on Saturday to stitch up things such as hats, scarves and other items for less fortunate students in the local area. The items are donated to the Nye County School District, which works to distribute the items.

A group of local volunteers who work to help students in the Pahrump area are getting set for their annual event.

On Saturday from 10 a.m. to 2 p.m., an estimated three dozen individuals will gather at the Nye Community Coalition building at 1020 East Wilson Road for sewing, cutting and packing items up for less fortunate kids in the area.

“We stitch for students,” said Barbara Johnston, who leads a core group of roughly a dozen volunteers throughout the year.

Those volunteers spend most of the year sewing, stitching and crocheting at home at their convenience, but come together annually, which usually draws a larger crowd.

Johnston said she periodically delivers the items the group assembles to the Nye County School District, whose staff distributes the items to students identified as being in need.

Johnston said this is the eighth year leading the group’s efforts, though she won’t return next season due to health reasons.

At this point, the group hasn’t found anyone to take over.

“We need some volunteers to kind of step up and find sponsors and supplies and stuff like that,” she said.

The group has no official sponsor; its items are created with donated yarn and other material for crocheting, knitting and machine sewing.

For individuals looking to show up for Saturday’s get-together, if they want to sew, Johnston said they need to bring their own machine, as the group currently doesn’t have any extras right now.

“You bring your basic sewing materials and your scissors and stuff like that,” she said. “We have all the fabric to sew up.”

Volunteers will be finishing up pillowcases and hygiene bags containing soap, shampoo, toothpaste, toothbrushes and things like that on Saturday.

Johnston said the group will also be cutting up fleece for scarves. She is looking for people to bring a rotary cutter and mat for cutting that material.

There are also volunteers needed for folding and packing items for the school district.

“Just show up, and we’ll put you to work—nothing hard, nothing difficult, Johnston said.

Donations of material or other items will be accepted at the event.

The group has had success with donations this year. In the early part of 2017, a yarn drive brought in more donated material than Johnston had seen in her last seven years, she said.

For more information on attending the event or donating, contact Johnston at 775-751-5356.