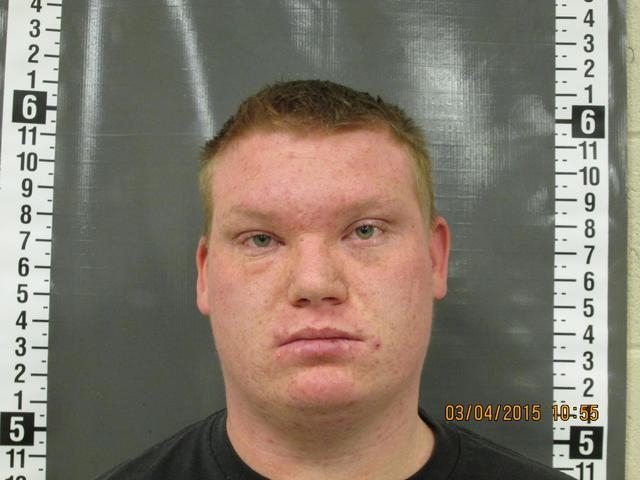 Nye County Sheriff’s detectives arrested a man on Thursday for sexual assault of a female relative under the age of 14.

Nicholas Isaacks was arrested in Pahrump and charged with three counts of sexual assault of a minor under the age of 14.

Sheriff’s detectives interviewed the alleged victim who described the numerous assaults and the locations. However, the initial arrest and charges were for an alleged offense that happened Oct. 27 at approximately 3 p.m.

According to the arrest report, detectives learned the alleged sexual assaults began when the victim was approximately nine or 10 years of age. The victim explained that she would live with her mother part-time in Pahrump during the school year and move back to her father’s during the summer break.

The victim’s sister reportedly told detectives that when the victim was approximately 9 or 10 years old, Isaacks would only allow the victim to play video games if she complied with his sexual requests.

Detectives attempted to make contact with Isaacks on Oct. 30 at an address on Luella Court but there was no response. Detectives subsequently located a phone number for a Konni Isaacks and made contact with her. She subsequently agreed to bring Isaacks to their offices for an interview.

When questioned about the allegations, Isaacks reportedly denied everything and agreed to submit to a physical exam that was scheduled for Nov. 3 at approximately 10 a.m.

However, on Nov. 3 detectives received a phone call from attorney Michael Hughes stating he would be representing Isaacks and Isaacks would not be submitting to an exam and no longer cooperating with the investigation.

Detectives subsequently applied for and were granted a search warrant by Judge Ron Kent.

Konni Isaacks was contacted by detectives to arrange a meeting. When detectives responded to the residence, they advised Konni and Isaacks that they had a search warrant to take digital photographs within the residence and on the property.

Isaacks was subsequently arrested on Nov. 6 and transported to the Nye County Detention Center and booked on three counts of sexual assault with a minor under 14.

A phone call to the jail revealed that Isaacks was released on $100,000 bail Nov. 7. His next court date was not available.