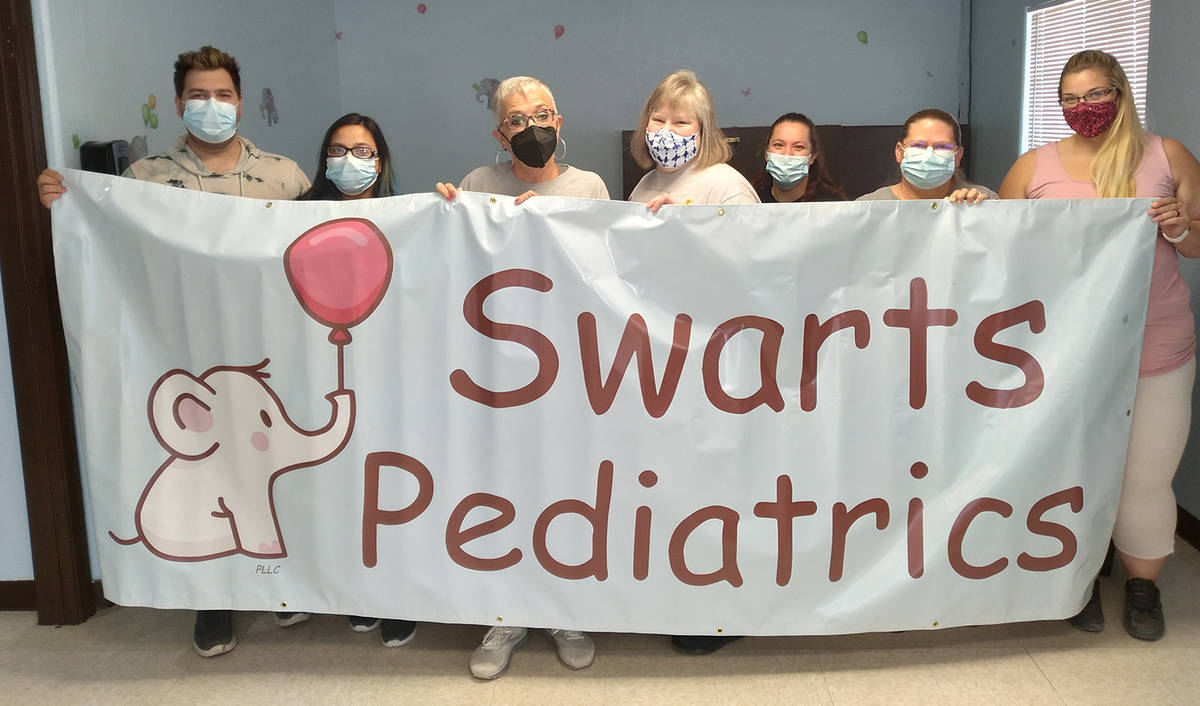 Selwyn Harris/Pahrump Valley Times Dr. Karen Swarts, center, is joined to her right by Pediatric Nurse Practitioner Barbara Stiffler, and additional staff at Swarts Pediatrics. As a board certified pediatric specialist, Dr. Swarts has more than 23 years of experience in the medical field. 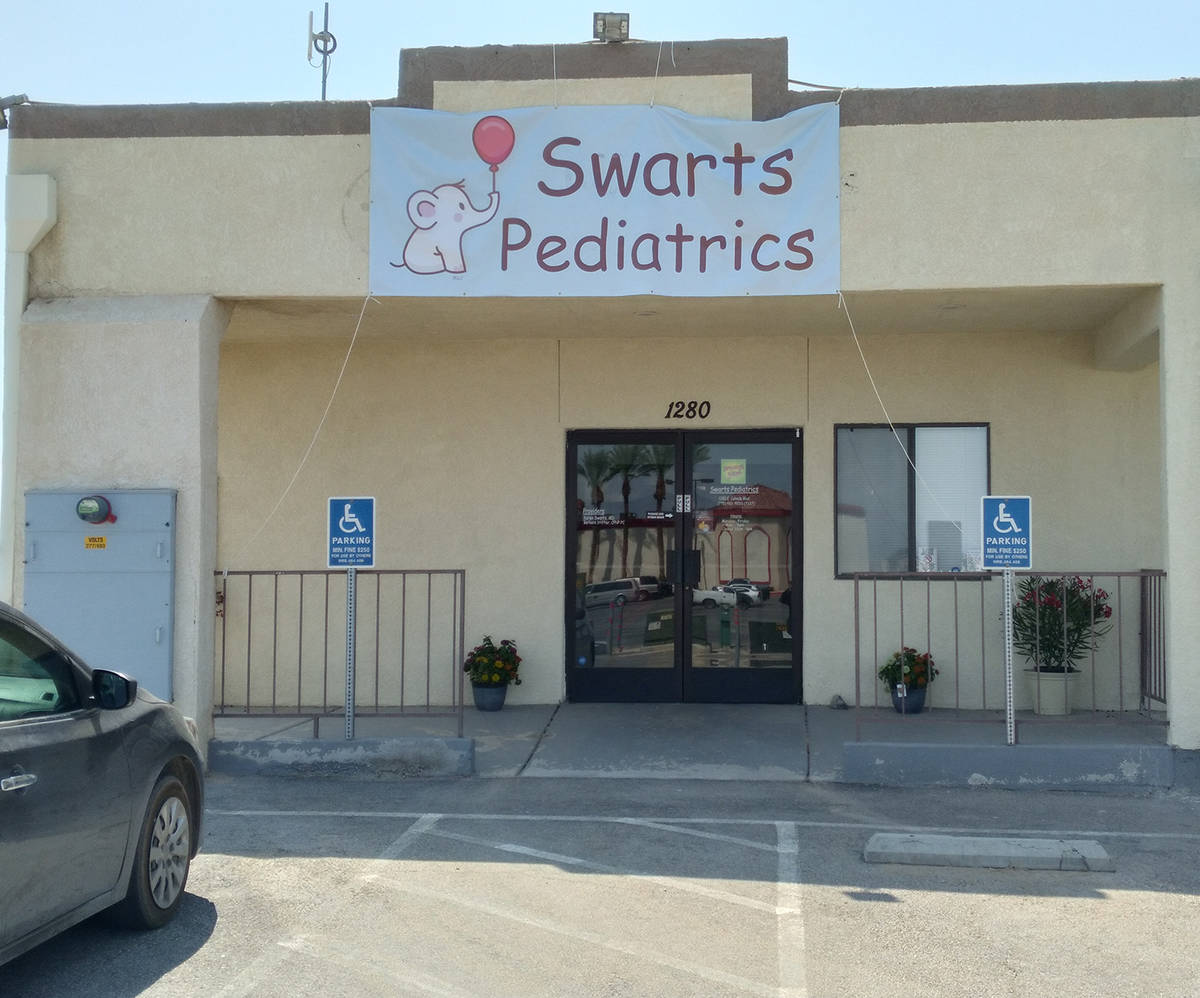 After working as a pediatrician for several different medical care providers in Pahrump, Dr. Karen Swarts made the decision to start her own practice this year.

As such, Dr. Swarts, a pediatric specialist with more than 23 years of experience in the medical field, is opening her clinic, Swarts Pediatrics, at 1280 East Calvada Boulevard.

She graduated from Ohio State University College of Medicine Medical School in 1998.

After doing her residency at Virginia Commonwealth University in Richmond, Virginia, she became an assistant professor there for a couple of years, but eventually realized she was not the academic type, thus she moved back to the Buckeye State.

“I was there for about four years, and it was an interesting situation because I only had about two days off a month, so it was just a little much,” she recalled. “I then ended up coming to Nevada.”

Catering to all families

Dr. Swarts also spoke about how her practice differs from that of other area facilities.

“It’s different in the fact that what we’re trying to do is cater to all of the kids, and not just certain sets of them,” she said. “We’re going to try to do what’s called a rural health clinic because that makes it so much easier to make our bottom line essentially because, let’s face it, if we don’t do that we can’t stay open. Medicaid itself doesn’t pay the greatest for kids, and there’s a lot of kids out here that are on some form of Medicaid. If we do the rural health clinic, then we can make that bottom line and not have to worry about not taking so many and that type of thing.”

This is what we do

Regarding what type of medical procedures she and her staff can perform, Dr. Swarts first pointed out what her facility does not do.

“We don’t do broken bones, but if you think it’s a sprain versus a broken bone we can kind of lean one way or the other,” she said. “If you’re pretty sure it’s broken, you might want to go to Urgent Care or the ER. We also don’t do stitches but we do wellness checks, and we’ll be doing immunizations, sports physicals, and all that type of stuff. My nurse practitioner is Barbara Stiffler, and she’s been in the community for about the last two years.

Additionally, Dr. Swarts spoke about what kind of medical insurance her clinic accepts at present.

“Right now we are definitely on Medicaid, and we’re working on about three or four others,” she noted. “We’re in what’s called the loading process, so we are in process for those. We put in for the most common ones out here and then we’ll try to expand from there. A good chunk of people out here were without care or had to pay out of pocket, so because of that issue, I decided that it was time to open my own practice so I could take care of not just Medicaid but people with insurance plus Nevada Check Up.”

Further, Dr. Swarts noted that her facility will also offer telehealth services, mainly out of concerns over the COVID-19 outbreak.

“It’s not going to be a big one because unfortunately with kids, you can’t look into an ear over the phone,” she maintained. “If your child can’t taste or smell, please don’t come in. You need to get them tested because let’s face it, we don’t need to expose a ton of people to that. We don’t have them just yet, but we will also be doing COVID-19 testing here.”

Business hours for Swarts Pediatrics are Monday through Friday from 8 a.m., to 5 p.m., however, the office is closed from noon to 1 p.m.

A special ribbon-cutting and grand opening ceremony is scheduled for Monday, Sept. 6, from 4 p.m. to 7 p.m.

For additional information on the services the clinic provides, or to schedule an appointment, call 775-910-7337.