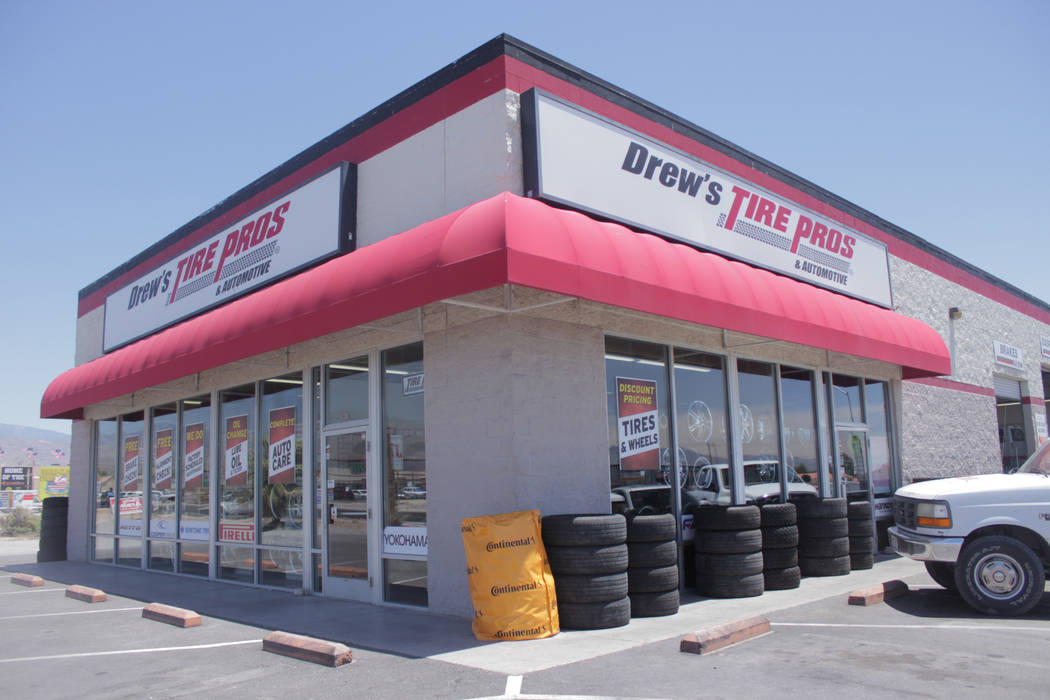 Jeffrey Meehan/Pahrump Valley Times A once Big O Tire store has shifted to a new label with ownership remaining the same. Drew's Tire Pros & Automotive at 1301 E. Highway 372 crossed over from the Big O label in 2018. 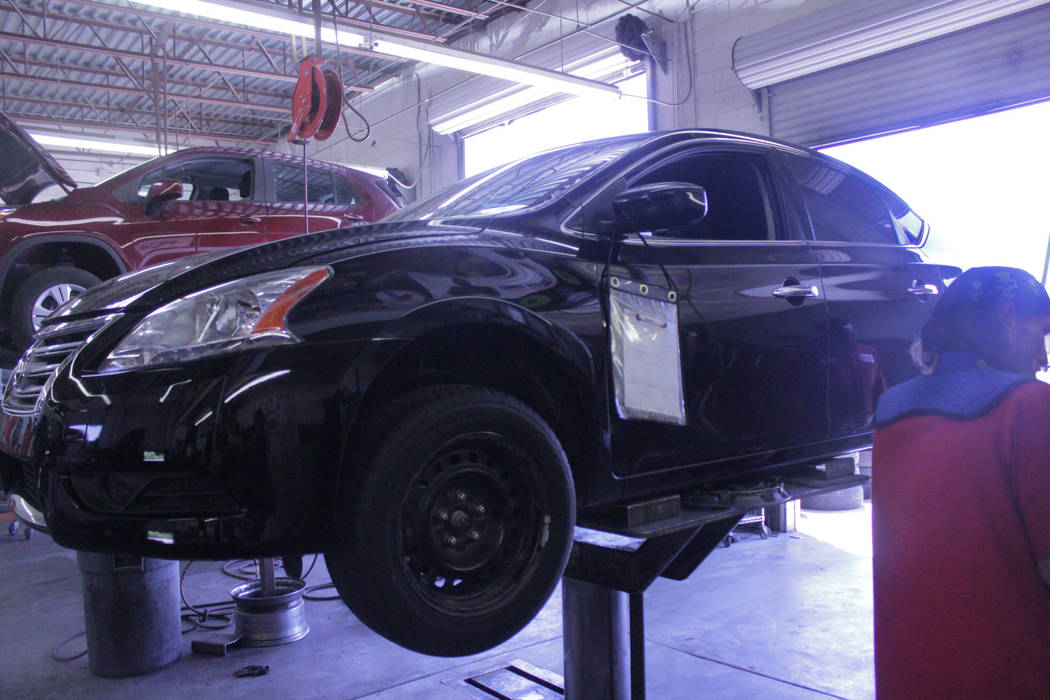 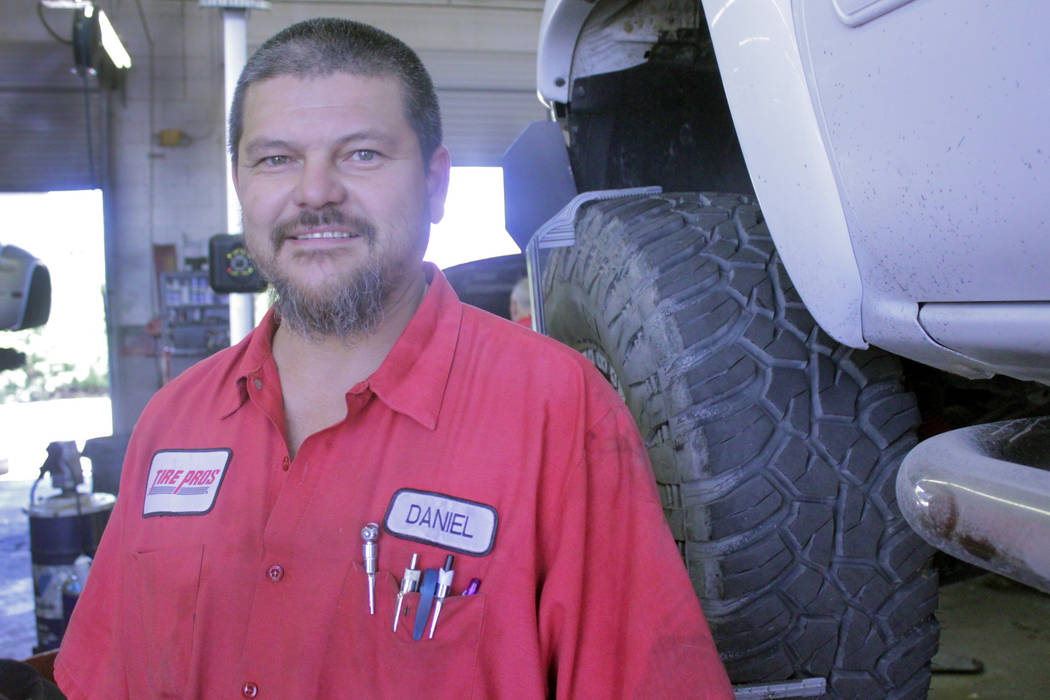 Jeffrey Meehan/Pahrump Valley Times More than a dozen repair technicians and other employees work to keep motorists on the road at Drew's Tire Pros & Automotive at 1301 E. Highway 372. The shop switched labels from Big O Tires in 2018, but ownership will remain the same. 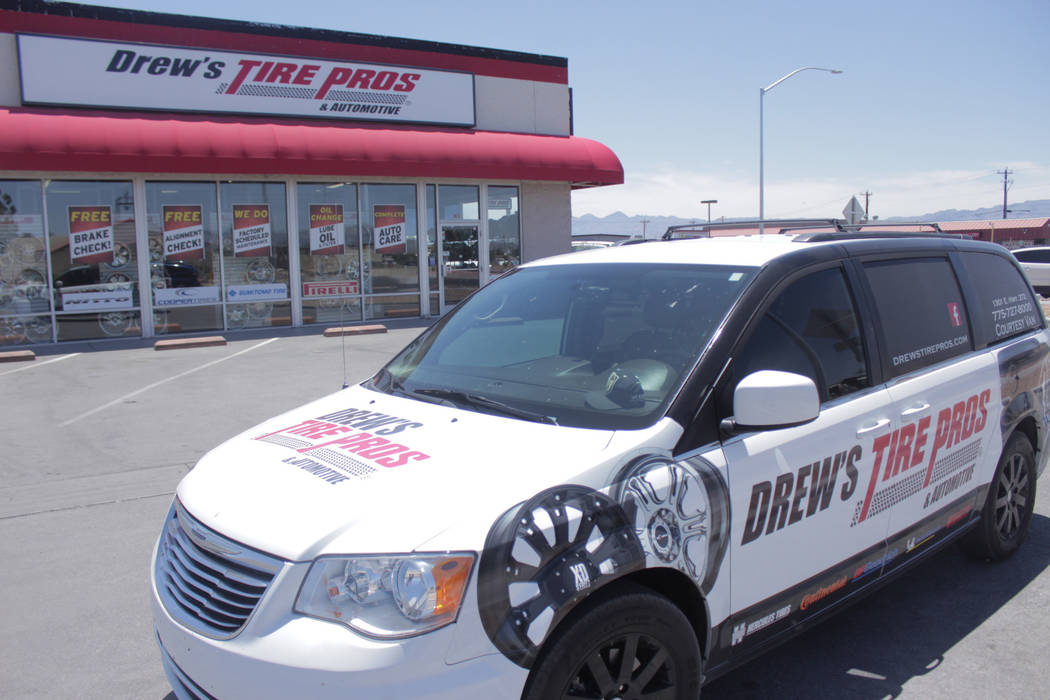 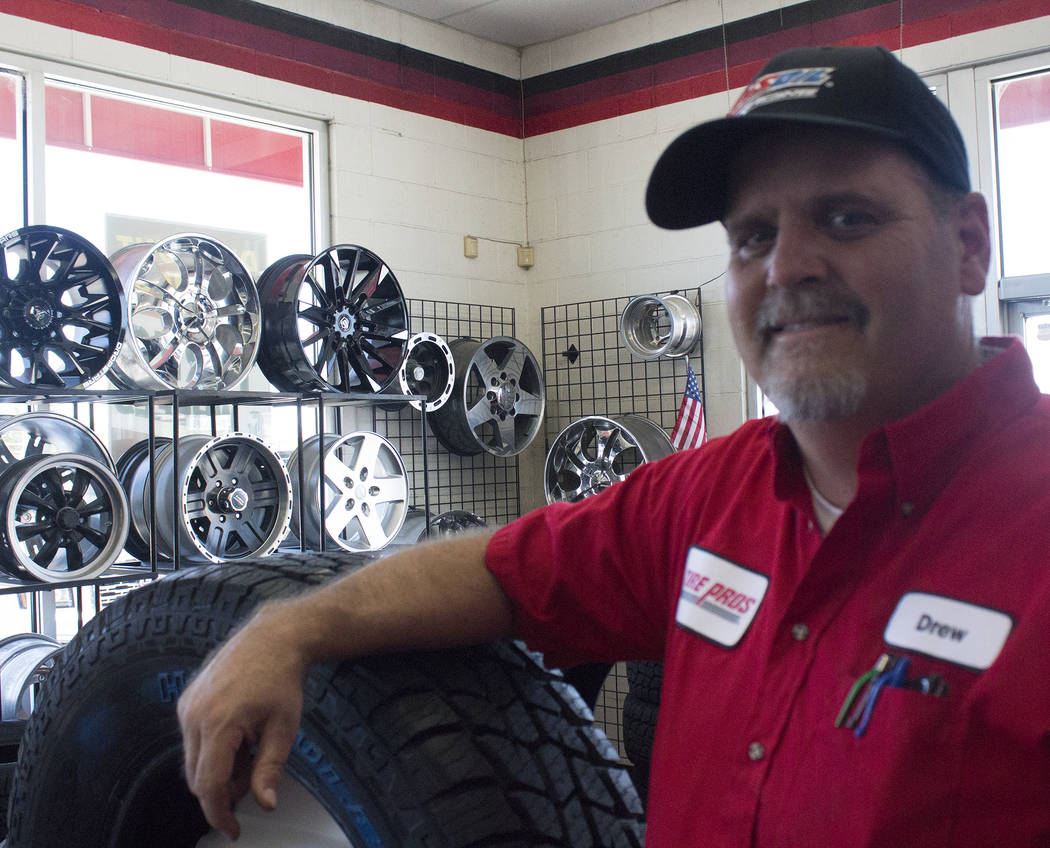 Jeffrey Meehan/Pahrump Valley Times Drew Witten, owner of Drew's Tire Pros & Automotive at 1301 E. Highway 372 on June 4, 2018. Witten said he switched from being a Big O Tires location to Tire Pros in 2018, which has brought many positives for him and his customers.

A local tire dealer has gotten a few new signs, business cards and other stationary updated to show a change in label while still helping motorists roll to their next destination.

Drew’s Tire Pros &Automotive crossed over from its Big O Tires label earlier in 2018, ushering in new signage and other marketing material for the retail tire shop at 1301 Highway 372, at Pahrump Valley Boulevard, on the southeast corner of the roundabout.

Drew Witten, owner of Witten Tire Co., the corporate name of Drew’s Tire Pros, said the switch has brought several positives for his business, such as faster delivery of tires when he orders them.

“I have a better lineup, better pricing and better warranties for my customers,” he said.

With a Tire Pros warehouse in Las Vegas, Witten said he gets more frequent deliveries and can get tires faster than he could with Big O, which had its warehouse in California.

Witten ended more than two decades of the Big O Tires label being in Pahrump with his decision to switch to the Tire Pros label—an operation Witten purchased from his father after his retirement about a decade ago.

Witten said the shop has been in the family for more than 20 years, and his father still comes in sometimes, despite his retirement. Witten’s brother and wife also work in the operation.

Witten’s career in the industry stretches back more than 30 years, across Northern and Southern California, and in Las Vegas. Witten entered the industry at 16 when he worked part time.

Today, Witten’s schedule has gotten a little more heated being a business owner.

“I usually work five days a week, but I usually come in on my day off,” he said. “I’m always working because I’m a store owner.”

But Witten isn’t all work and no play; he gets down to Las Vegas two times a week to play hockey with his son and brother, he said.

Witten has watched the store grow over the years, right along with the town, he said.

When the location was taken over by his father in the ‘90s, there were about five employees across the operation. That has increased to more than a dozen today, according to Witten.

The crossover to the Tire Pros label sweeps in many positives, but the change doesn’t stop Witten from servicing tires that he worked on as a Big O Tire dealer.

“If you got something from me, I’m going to take care of you,” Witten said.

Witten explained that he is bound to honor warranties under his previous Big O label because the agreement was made with his Witten Tire Co. Witten, however, said he would honor the agreement regardless of any legal holdings.

Most people have been receptive to the changeover to Tire Pros, Witten said.

“Most people come in and see the same people, they don’t really care about the name on the building,” he said. “They just want to make sure they get the same service, we take care of them.”

“If there’s a problem, I take care of it,” he said. “You don’t have to go through the corporate channels. I live down the street. I’m your neighbor. I run a family shop, and we’re able to take care of people right here and now.”

Witten brings the second Tire Pros shop to Southern Nevada with his switchover. The other location is in Boulder City.

Tire Pros, which has over 700 independent dealer locations across 44 states in its network, also has three locations in Northern Nevada, in Reno, Carson City and Fallon. The Tire Pros label is backed by American Tire Distributors, which has more than 115 distribution centers across the U.S., according to information on the company’s website.