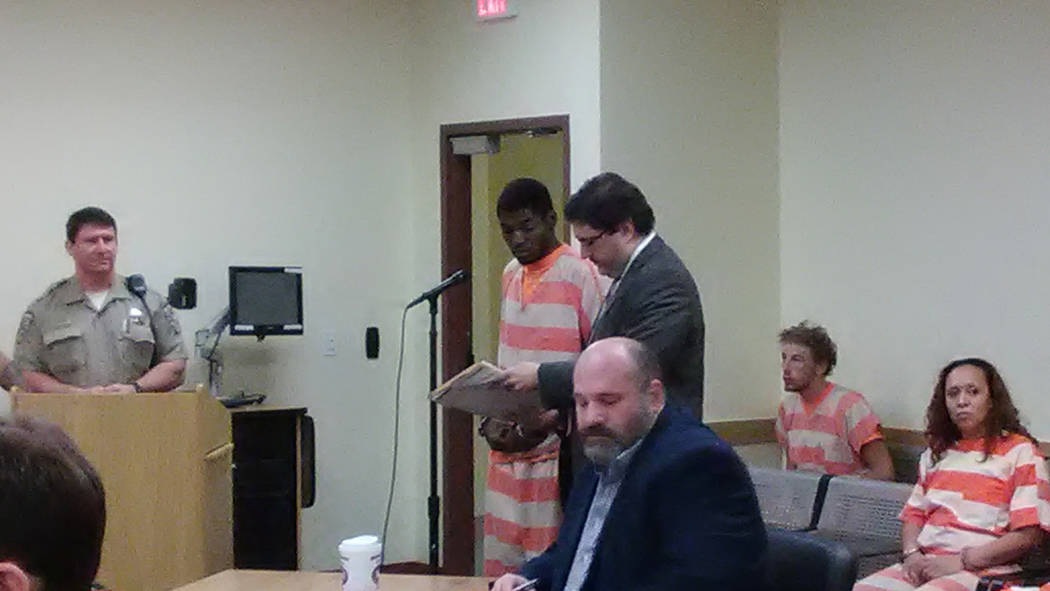 Mitchell Robinson, 21, clad in an orange and white detention center jumpsuit, appeared with public defender David Rickert, who waived his client’s right to a speedy trial and requested a pre-trial date set for 90 days out.

Robinson is accused of murdering his own six-month-old son.

“Your honor, I have not yet received the discovery from the state, but I do know that it is forthcoming,” Rickert said. “Your honor, just to put the court and the state on notice, that after I receive the discovery and reports, I probably will submit an order for an investigation. I just wanted to let the court know.”

Robinson, who remains in custody on a no-bail hold, was arrested on Saturday, Sept. 9 and charged in the death of his six-month-old child.

According to the Nye County Sheriff’s Office, the investigation began on Monday, Sept. 4, when sheriff’s deputies and crews from Pahrump Valley Fire and Rescue Services were dispatched to a residence in the 2000 block of West Simkins Road, after receiving a 911 call regarding an infant that had stopped breathing.

“Upon arrival, emergency life-saving measures were rendered and the child was immediately transported to Desert View Hospital,” a sheriff’s news release stated. “The child was eventually revived and stabilized at Desert View, enough to be transported to Sunrise Hospital in Las Vegas and remained on life support.”

The release went on to say that medical examinations subsequently identified that the child’s grave and life-threatening condition was the result of intentional abuse and head trauma.

During an interview with Robinson on Sept. 9, sheriff’s office detectives said that Robinson conceded to shaking the baby “too hard.”

“He admitted to shaking the baby several times on the day the infant stopped breathing,” according to the release. “Robinson was placed in custody and booked in at the Nye County Detention Center, where he faces open murder and child abuse causing substantial bodily harm charges.”

As the investigation is ongoing, anyone with information regarding this case is urged to contact detectives at NCSO_DETECTIVES@CO.NYE.NV.US or at 775 751-7000.