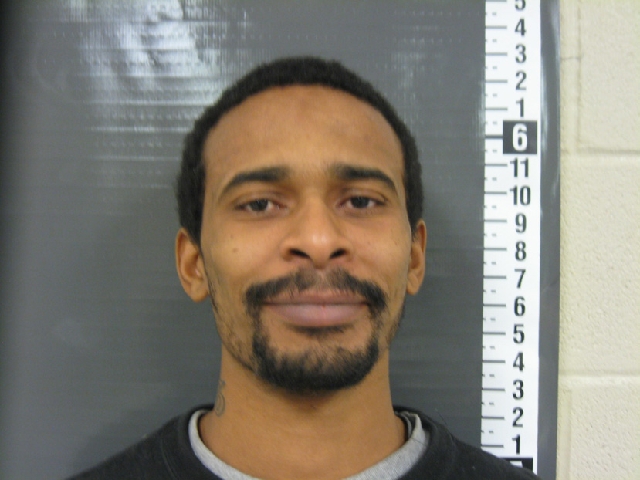 A man who allegedly tried to pay his pizza delivery driver with marijuana in 2010 was back in court this week after failing to make any court appearances in the case for more than two years.

Darez Levarion Tezeno, 27, appeared in District Court Friday morning to plead guilty to a single felony charge of unlawful use of a controlled substance after he allegedly tried to pay a Papa John’s Pizza delivery driver with marijuana in November 2010.

“I’m looking at the police report and on Nov. 27, 2010 the officers were dispatched to Papa John’s pizza reference an individual who wanted trade marijuana for Papa John’s pizza,” Judge Kimberly Wanker said during Tezeno’s arraignment hearing. “Upon arrival they met with two males, one identified as Darez and the other a juvenile. ‘I was advised by dispatch that the driver said it was Darez who offered him marijuana.’ And apparently Darez admitted that he smoked marijuana and to please give him a break and let him go on his way because he was trying to do right by his cousin who had a mobile car wash business.”

“This is pretty comical,” she added after re-reading an arrest report filed after Tezeno was taken into custody. “You can’t make up some of the stupidity people do when they’re under the influence of drugs.”

Tezeno denied trying to pay the driver with weed, but told the court he did admit to being under the influence of marijuana.

Though possessing less than one ounce of marijuana is usually charged as a misdemeanor offense, Tezeno was charged with a felony after he failed to make his court appearances in the case.

In fact, Tezeno was eventually located in Louisiana after he was reportedly arrested on a misdemeanor driving while intoxicated charge in that state earlier this year.

He was subsequently extradited back to Nye County at a cost of $1,585.55 to be arraigned on a single charge of unlawful use of a controlled substance resulting from this case.

Tezeno pled guilty to the charge Friday as part of a plea agreement orchestrated by his attorney with the district attorney’s office.

Based on that agreement, the defense and prosecution will ask that Tezeno be placed on three years probation for the offense at the time of sentencing. If he pays back the cost of his extradition from Louisiana to Nye County, he will also then be allowed to come back before the court and withdraw his plea to the felony and plead guilty to a misdemeanor offense.

Tezeno was still in custody at the time of his arraignment. The judge set his bail at $10,000 cash or bond following the hearing to ensure he would appear at sentencing, which is scheduled for Oct. 18 at 9 a.m.