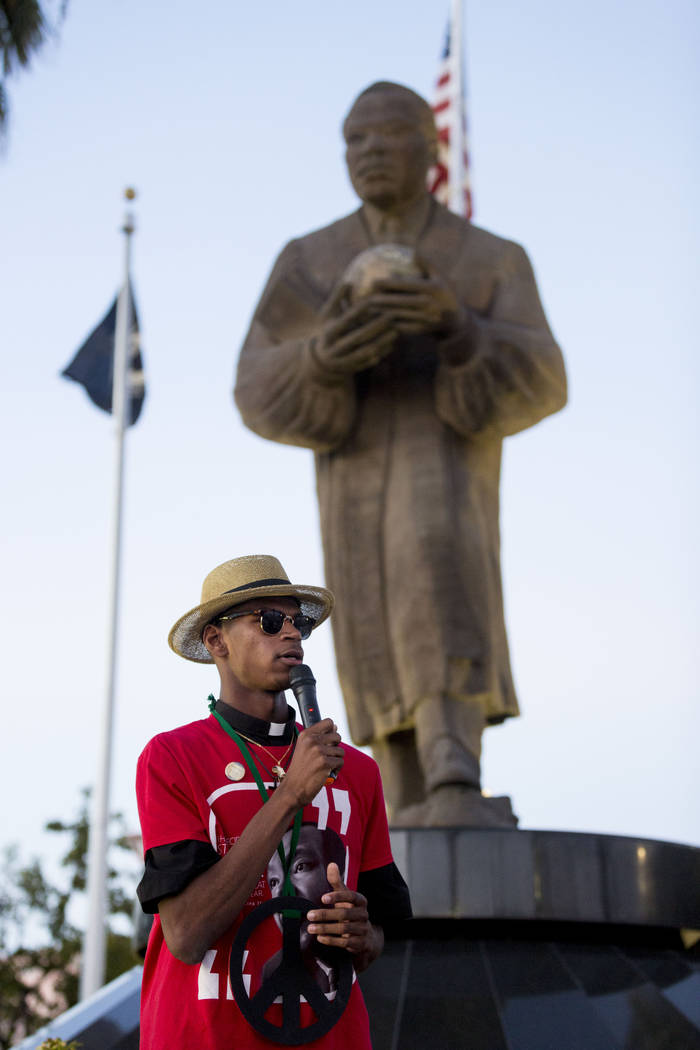 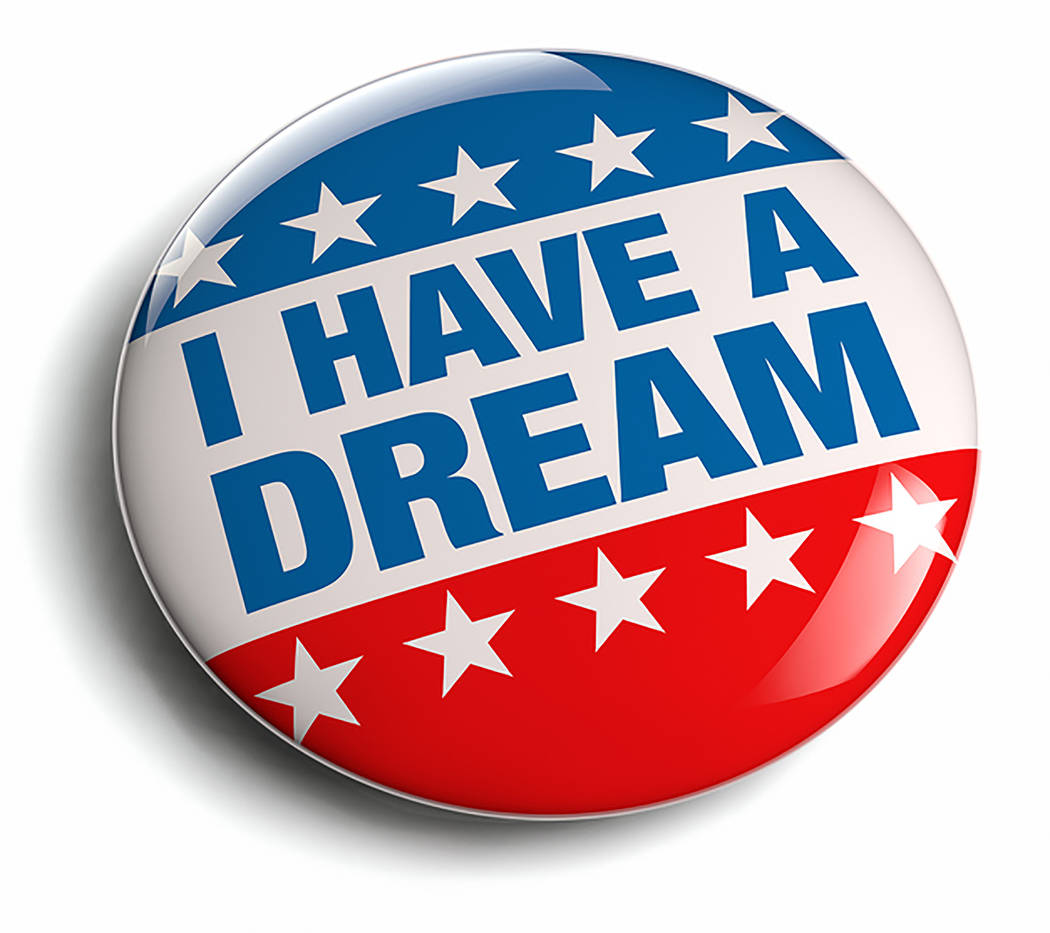 Thinkstock An "I have a Dream campaign badge image" is shown in this photo. Martin Luther King Jr.'s "I Have a Dream" speech was given in 1963. King was assassinated in 1968. 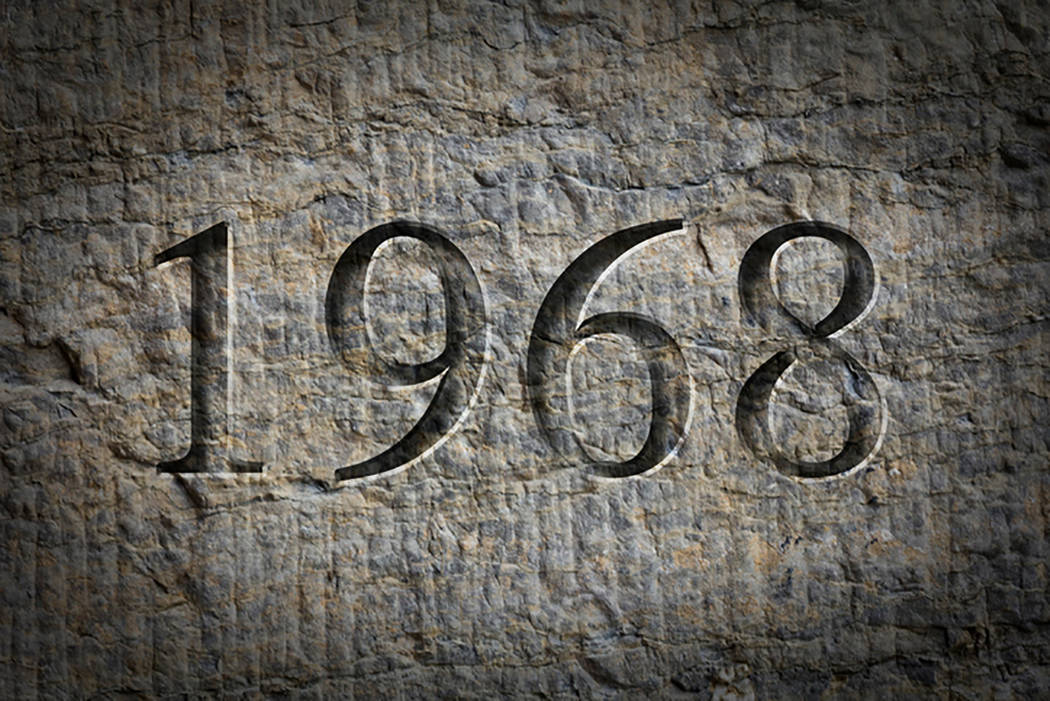 Thinkstock Martin Luther King Jr. was assassinated on April 4, 1968 in Memphis, Tennessee. He was 39 years old.

Editor’s note: Reporter Selwyn Harris spoke with local residents about the 50th anniversary of the assassination of Martin Luther King Jr. Harris offers his personal recollection as part of this story.

The American civil rights icon was shot and killed in Memphis, Tennessee at the Lorraine Motel by gunman James Earl Ray while standing on a balcony alongside other civil rights leaders.

King was visiting Memphis in support of the city’s sanitation workers who were on strike, seeking better conditions.

He was 39 years old at the time of his death.

1968 was indeed a very turbulent year in American history.

Black and white film footage depicting violent encounters between blacks and whites, including law enforcement officers, stands as a stark reminder of the tumult and civil unrest this country endured one-half century ago.

Still, five decades after his murder, it’s apparent that much has changed for the better in terms of equal rights for all and racial harmony around the country.

In 1983, President Ronald Reagan signed a bill passed by Congress for the observance of Martin Luther King Jr. Day, a national holiday, which was first observed on January 20, 1986.

Additionally, federal legislation establishing the National Martin Luther King Jr. Day of Service was signed into law by President Bill Clinton back in 1994.

Both deeds also came more than 20 years after King’s iconic “I Have a Dream” speech, delivered on August 28, 1963, during the historic national March on Washington, a full-throated call for freedom and equality.

Historians agree the march was a defining moment of the civil rights movement, where more than 250,000 Americans gathered at Washington D.C.’s Lincoln Memorial for the one-day protest event.

Less than a year later, the Civil Rights Act of 1964, designed to end segregation and discrimination based on race, color, religion, sex or national origin was also passed into law.

For more than a decade, the scholarship foundation has raised funds for area high school students hoping to attend college the following fall.

Foundation President Delores Joyner said the annual observance was conceived at her church back in 2001.

“It began when my church was looking for something that we could do here in the community,” she said. “I am from San Diego, California and I told my church that they put on a Martin Luther King breakfast each year. I ask my fellow members, why don’t we try to do a breakfast in his remembrance, and that’s how it all came about.”

When asked to recall her memories of April 4, 1968, Joyner said her initial reaction was that of utter shock.

“I was working at Macy’s in New York City when Dr. King was assassinated,” she recalled. “I was just completely stunned. It was just unbelievable. Dr. King was not a violent man, and he never practiced or preached physical violence to his followers. To die at the hands of a gunman, that makes it so very ironic.”

Additionally, Joyner spoke about King’s method of employing peaceful tactics to draw attention to the strife and institutional racism many black Americans were facing, especially in the south.

Strikes and sit-ins were chosen to help achieve King’s dream of ending racism while supporting economic and civil rights to all Americans.

“Back in those days there was a very visible separation between races and nationalities,” she said. “Part of Dr. King’s dream was to see children of all races and creeds sit down and be human and civil to one another. At this point, I think we’ve come about halfway.”

As Joyner was the founder of the MLK Scholarship program, area businessman Tom Saitta had the distinction of emceeing several of the annual programs.

He took on the responsibility simply because he was asked.

Fifty years ago, Saitta said he was a very young car salesman at the Stone Buick dealership in Clearwater, Florida.

“When all of that happened, it affected me greatly,” he said. “My first reaction was anger because I had always loved and respected what Dr. King accomplished during his years. I have attended the Dr. Martin Luther King All People’s Breakfast here in Pahrump for many years and it’s just a wonderful and very important event. Dr. King was one of the greatest people who ever served America, and I thank the Lord that he was able to accomplish some of his goals. It’s just so sad that he was killed.”

The memories of oppressive racial segregation came to the mind of local resident Judy Miller-Patrick when she spoke of King’s legacy.

Miller-Patrick shared a story about witnessing the forced relocation of her close friend’s family in a rural Kansas town decades ago.

“One of my best girlfriends was black,” she recalled. “One day she came to school and told me that she was never going to see me again. I asked her why and she said that ‘they are going to take us away.’ The next day I watched the town’s vigilantes take and put her family in a car at gunpoint. They just took them away and I never saw her again.”

Even to this day, Miller-Patrick said she still wonders what happened to her friend.

“After all these years have passed, I still think of her from time to time,” she said. “I have always wondered what she is doing and even whether she is still alive. Nothing was ever said and nothing was ever spoken about it. It was like it never happened, but I saw it firsthand.”

In respect to that event, Miller-Patrick said she imparted a few valuable life lessons to her own children.

“I taught my children that no matter where you go, no matter what you do, always be good to people,” she expounded. “You never know who that person might be. They might be somebody who would eventually become a dear friend, or somehow help you out one day when you need it. We don’t have to be mean to other people because that is just wrong.”

Regarding my own thoughts on King’s assassination, I was all of 3 years old and the youngest of my three other siblings on April 4, 1968.

My father, at work on that day, was a fairly young U.S. Air Force staff sergeant stationed at March Air Force Base in Southern California, where we lived on base.

Even at the age of three, I distinctly remember my mom gathering us in front of the television to hear the account of Dr. King’s assassination from none other than CBS News anchor Walter Cronkite.

“Pay attention. You are all watching history,” my mom told us.

It was only a few years later in elementary school when I fully learned about and understood what King fought for in this country.

It was the Irish rock band U2, who back in 1984, released their album entitled “The Unforgettable Fire.”

One particular hit song on that album is dedicated to the memory of Dr. Martin Luther King Jr. and his fight for justice for those of all races, creeds and religions.

It was the closing lyrics in that song, which depicted King’s assassination.

“Early morning, April 4, shot rings out in the Memphis sky.

Free at last, they took your life, they could not take your pride.