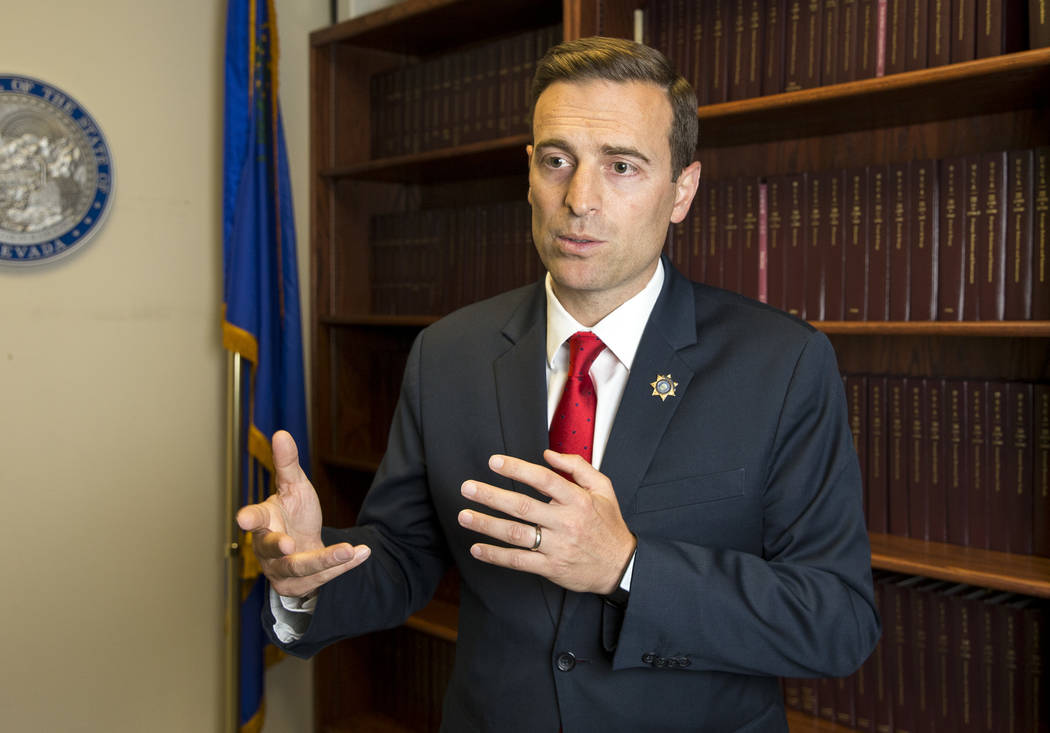 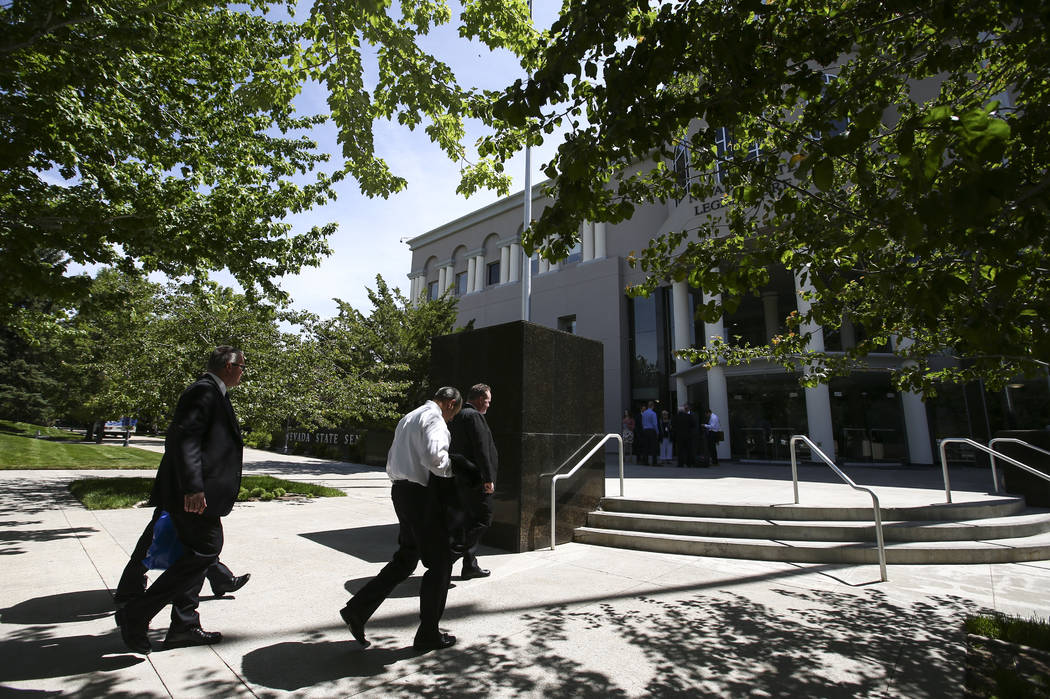 The Legislative Building during the last day of the Nevada Legislature in Carson City on Monday, June 5, 2017. (Chase Stevens Las Vegas Review-Journal) @csstevensphoto

One of the proposed bills will strengthen efforts against human trafficking. The other proposed bill intensifies state efforts to curb domestic violence by increasing penalties against offenders, while further protecting victims of the crime. Taken together, the bills prioritize victims’ rights and ensure strong, just punishment for perpetrators of these types of crimes.

“Lending a voice to our victims of violent crimes and ensuring they receive the assistance and support they need to cope with the crime or crimes committed against them has been a focus of mine during this term,” Laxalt said in a news release detailing the plans. “I hope that the Legislature will support my office’s efforts to make meaningful contributions to Nevadans through these proposed legislations.”

Laxalt is proposing a bill regarding human trafficking consistent with his office’s commitment to raising awareness about and combating the crime of human trafficking. If passed, the bill will add to Title 4—Witnesses and Evidence—a definition of “human trafficking” within the statutory privileges detailed in Nevada Revised Statute (NRS) Chapter 49.

The bill will also amend NRS 201.354 to make solicitation of prostitution of a child under the age of 14 punishable as “sex trafficking” pursuant to the provisions of NRS 201.300.

These additional protections align closely with AG Laxalt’s focus on supporting survivors of human trafficking in Nevada, evidenced by his co-hosting four benefit dinners for Nevada’s Victims of Human Trafficking Fund that has raised more than $200,000 to assist survivors in emergency situations.

Laxalt’s bill package also includes a bill to further address “the scourge of domestic violence in our communities by increasing protections for victims and strengthening penalties against offenders,” the news release stated.

Laxalt’s proposed bill will create a Nevada Statewide Protection Order Registry within the Central Repository for Nevada Records of Criminal History that contains protection order history to aid victims, prosecutors and law enforcement when temporary and extended protection orders are issued against perpetrators of domestic violence and stalking.

In particular, this registry will provide greater protection for victims and for law enforcement when responding to domestic violence calls, and aid prosecutors in their pursuit of justice, the news release said.

Laxalt serves as chairman of the Committee on Domestic Violence that endeavors to increase awareness about the prevalence of domestic violence in Nevada and the deep and abiding damage such violence causes. The committee reviews all appropriate issues related to the administration of the criminal justice system in Nevada with respect to offenses involving domestic violence.

As an offshoot of this committee, the Batterers Treatment Subcommittee reviews programs for the treatment of individuals who commit domestic violence and makes recommendations to the Division of Public and Behavioral Health for the certification of these programs.

The Fatality Review Team, another subcommittee of the Committee on Domestic Violence, reviews the deaths of victims of crimes that constitute “domestic violence.”

The purpose of this team is to identify any gaps in policy or services, particularly in rural parts of the state where law enforcement is more geographically dispersed, and to make recommendations on strategies for prevention of domestic violence.