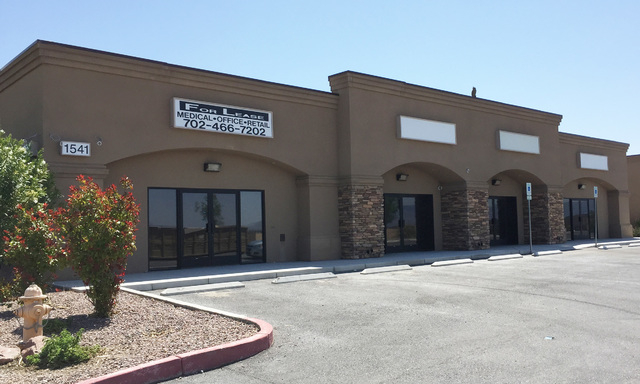 With the medical marijuana industry set to kick off in town within the year, the dispensary company set to fulfill the area’s legal pot needs are beginning to introduce themselves to residents.

In addition to staffing mainly locals, The Grove also plans to work with the community, trying to strengthen their ties to the area.

“I think we will be involved in the local community,” said Brian Hyun, The Grove chief operating officer. “With it being a smaller community (compared to Las Vegas) there is more opportunity to (interact).”

They began that process by holding an event at the Rotary earlier this month, to show face in the town, ahead of their arrival.

“We went to a Rotary meeting the other day, it was very small knit community, everybody knew each other, so it seems like what we do here can resonate more than in Clark County with over two million people.”

On May 16, The Grove will continue to meet the area’s residents and will hold a patient information party from 11 a.m. to 3 p.m. in the parking lot at 1541 E. Basin Street.

The process to get where they are at today has been a long one, with plenty of twists and turns along the way.

“About two years ago we really started to look into the medical cannabis field,” said Demetri Kouretas, CEO of The Grove. “We applied in November of 2013 is when we started the application process trying to get into the business here in the state of Nevada.”

That process wasn’t smooth as Kouretas had hoped, as a lot of effort and money went into even getting approved to get their business off the ground.

“Very time-consuming, very expensive,” he said. “The capital expenditure has been twice to three times what we originally had planned.”

Hyun agreed with his partner, as he explained both the company and the state went about the proceedings educating themselves along the way.

“It was a learning experience for all of us,” Hyun said. “Not only for people that were applying, but people that were regulating on the state level as well. Who gets approved first? Is it the county that approves us first, is it the state?”

Hyun explained from there that the individual municipalities within each city then had their own ideas, some wanting to approve the applicants themselves then send it up to the state, as opposed to others wanting the state to decide first.

“It was a lot of different rules, different methodologies … whether it’s Clark County, city of North Las Vegas, or Henderson, they kind of had their own different rules,” Hyun said. “So if you were applying in multiple jurisdictions, you had to apply your applications differently according to that jurisdiction.

“It was pretty confusing, it was a learning process for all of us.”

In addition to the dispensary in Pahrump, The Grove also has one that will be the closest to McCarran International Airport in Las Vegas. Kouretas explained that their two establishments will see a different business clientele.

“I think it’s going to be a wait and see approach (in Pahrump),” he said. “I think there is 500 to 600 card holders right now in Nye County itself, with most of the people living in Pahrump.”

Hyun expanded on the expected difference in clientele, as one would expect more of a non-local base in Las Vegas.

“I think Pahrump will be dominated with a Nevada cardholder market, and we’re not expecting to profit from any tourism there as we will in Clark County,” Hyun said.

With various issues still to be ironed out, The Grove tentatively is aiming for a July opening, but explained that could easily be pushed further.

The process to obtain a card usually takes about 60 days and costs around $400 dollars, which is an annual fee.