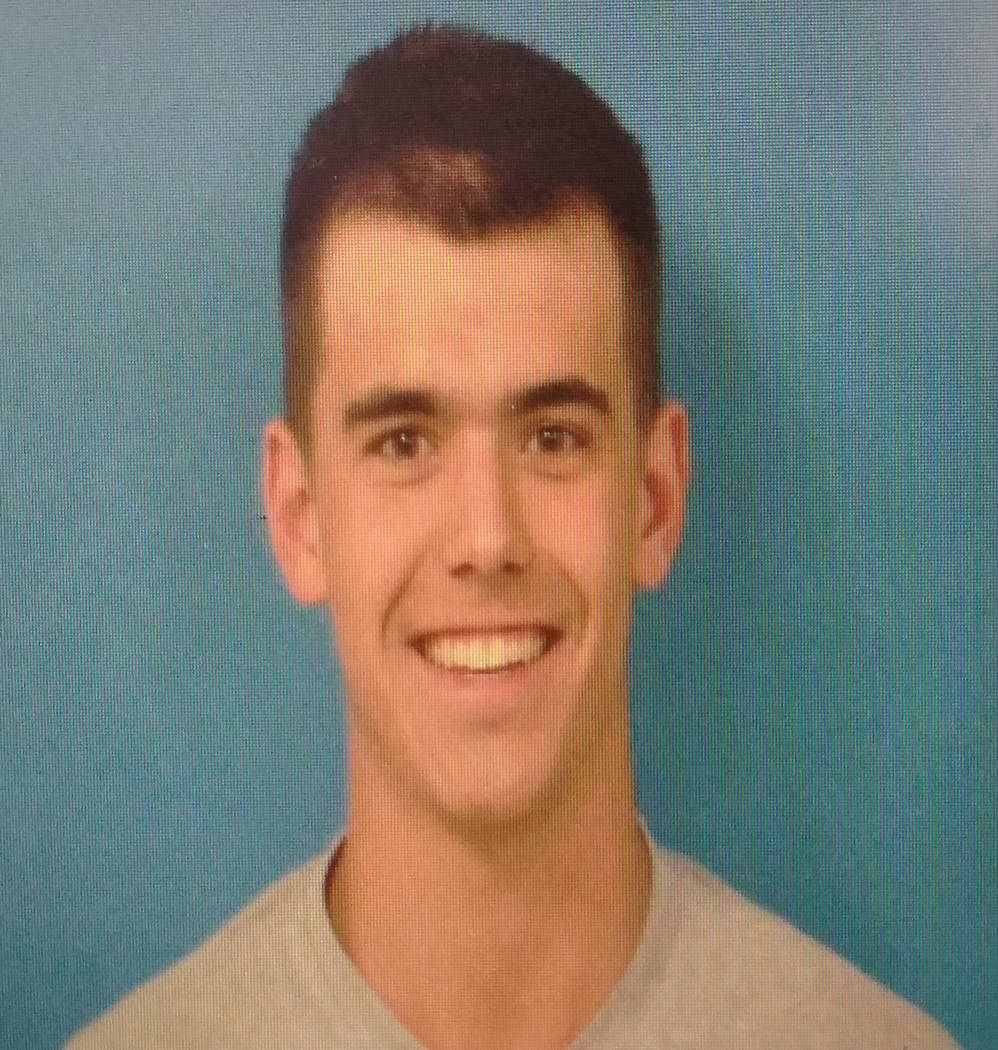 Special to the Pahrump Valley Times PVHS student Levi Cadwell appeared in Pahrump Justice Court on April 30, following his arrest for allegedly striking two fellow students while attempting to "show off" in a silver Dodge pickup truck on April 26. The incident occurred in the parking lot of the campus. Official charges against Cadwell are pending, according to the Nye County District Attorney's office. 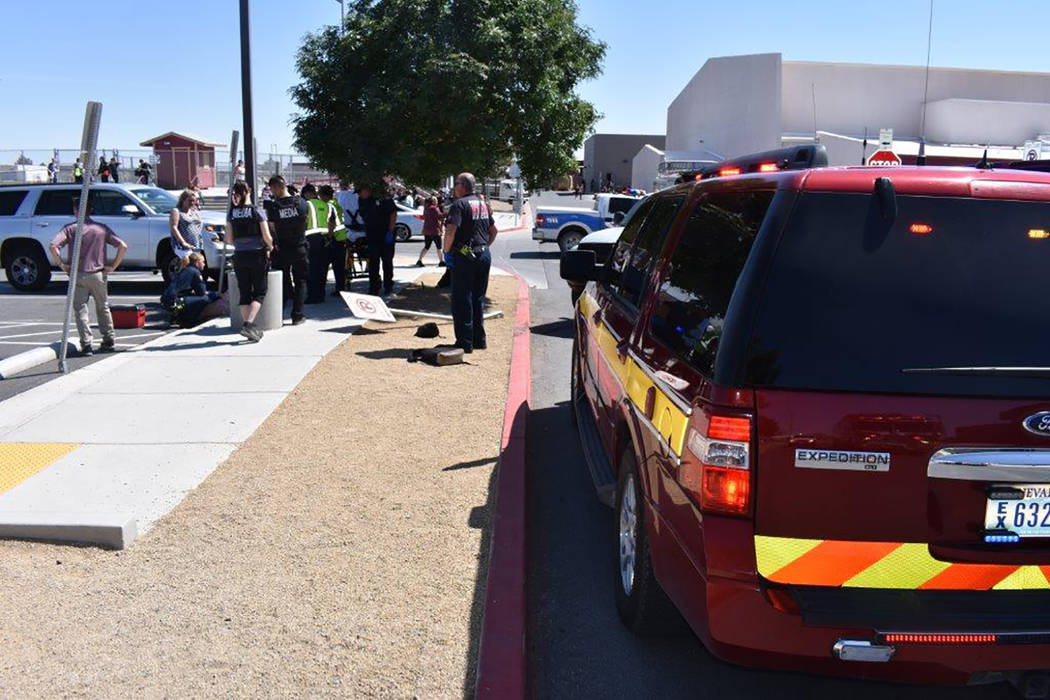 Special to the Pahrump Valley Times Two Pahrump Valley High School students were transported to Desert View Hospital after being struck by a vehicle in the parking lot of the campus on Thursday April 26, just before 2:30 p.m. The driver, identified as Levi Caldwell, 18, was arrested.

The Nye County District Attorney’s Office is continuing to review a case against the Pahrump Valley High School student arrested after authorities say a vehicle he drove struck two fellow students on campus.

The incident occurred on April 26.

Levi Cadwell, 18, was taken into custody and transported to the Nye County Detention Center and booked a gross misdemeanor charge. The District Attorney’s Office has up to a year to file a formal charge in the case.

According to Nye County Sheriff’s Deputy Britton Hoffman, who responded to the scene, Cadwell was still sitting in the driver’s seat of a silver Dodge pickup truck upon Hoffman’s arrival to the school.

“The vehicle was seen by witnesses accelerating while turning right out of the parking lot lane and onto the travel lanes around the school parking lot,” Hoffman’s arrest report stated. “Witnesses stated that the driver of the truck was revving his engine and Cadwell was appearing to show off or “drift” around the corner while turning right onto the driveway to exit the school.”

The term “drifting” applies to a driving technique where the driver intentionally oversteers with a loss of traction in the rear wheels or all tires, while maintaining control and driving the car through the entirety of a corner.

Additionally, Hoffman’s report noted that Cadwell allegedly never stopped at a stop sign that was located at the southwest corner of the parking lot.

“He left the parking lot and entered into the travel lanes, all while accelerating,” the report stated. “Witnesses stated that Cadwell lost control of the truck as it drifted around the turn, while crossing over the east curb of the driveway and striking two juvenile victims.”

Moreover, Hoffman’s report stated that an acceleration mark from the spinning right rear wheel and tire was left on the pavement, which essentially identified the direction of travel, as stated by the witnesses.

Both juvenile victims were transported to Desert View Hospital with non-life-threatening injuries.

“Cadwell’s act of willful or wanton disregard for the safety of persons or property, did occur on the Pahrump Valley High School campus and not on the public roadway in front of the exiting student body, and parents awaiting the start of a high school track and field event.”