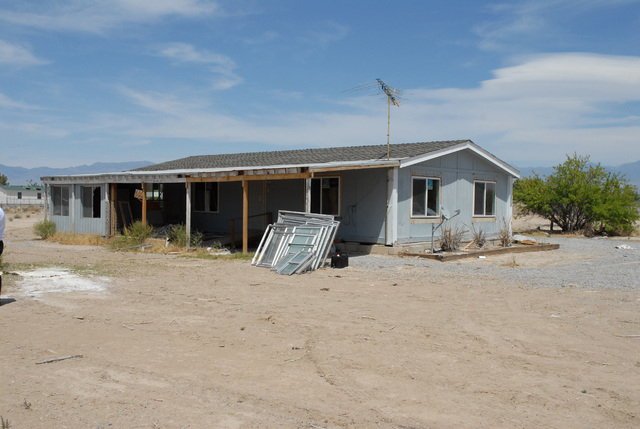 Nye County Animal Control has sent a request for prosecution to the District Attorney’s office on approximately 60 different charges related to animal cruelty following their investigation into dozens of dead dogs and cats found at a home on Pueblo Road earlier this year.

Nye County Emergency Services Director Vance Payne said with the number of charges they are requesting, the cruelty charges would be considered felonies in the state of Nevada.

“We put together the requested charges. There’s almost 60 counts total but it’s only three or four different charges. Those have been referred to the DA’s office and they’re going over the evidence now to determine whether or not they’re going to be able to press charges. I suspect they’re hopefully going to, but it takes them a few weeks because they have such a large case load. But it’s in their hands now,” Payne said.

District Attorney Brian Kunzi said in an email Wednesday his office is currently waiting for lab reports on the deceased animals to come back for review in the case.

The animals were first discovered in January after a local property management company went to inventory one of their rental homes located at 4700 Pueblo Road following the eviction of the former tenant for non-payment.

When they opened the front door, they were met with 17 dead cats and dogs lying among piles and piles of trash and other debris throughout the home.

Animal Control was called to investigate, but Payne said they were unable to locate the former tenant at that time, and as such, couldn’t do much more than photograph the scene and take a report.

Several months later, on May 2, Animal Control was called back to the address after the property management group began repair work on the outside of the home and discovered an unplugged, upright freezer on the back porch with approximately 20-30 dead dogs and cats wrapped in plastic bags stuffed inside.

Between both visits, Payne estimated Animal Control officers discovered anywhere between 35 and 50 dead animals left on the property.

When Las Vegas-based animal advocacy group Nevada Voters for Animals got wind of the situation last month, they came to Pahrump demanding justice for the deceased animals.

The group offered to pay to have necropsies performed on several of the cats and dogs found on the property to determine their cause of death – something they said they hoped the results of which would help make a stronger case to have charges pressed against the person responsible for leaving the animals in that condition.

On Wednesday, Payne said he had spoken with the people responsible for conducting the exams, but said due to the state of decomposition the animals were in when they went for necropsy, they were unable to determine an accurate cause of death.

“The necropsies that were done on four of the carcasses taken from the scene, it was pretty much what I thought would happen, there was so much deterioration they got a fair idea of what happened but it’s not very accurate concerning the cause of death. And we don’t even have that report, we just had a verbal conversation with them. So when the report does come in, that will automatically go to the DA’s office,” he said.

Although the case is now in the hands of the District Attorney’s office, Payne said he just hopes they have enough evidence to bring the person responsible for the deaths of the dozens of dead cats and dogs they found on the property to justice.

The emergency services director added that while they were originally unable to locate the former tenant when Animal Control first began investigating this case, they have since found him, which could make pressing charges against the suspect that much easier.

As of Thursday afternoon, formal charges had not yet been filed in the case.