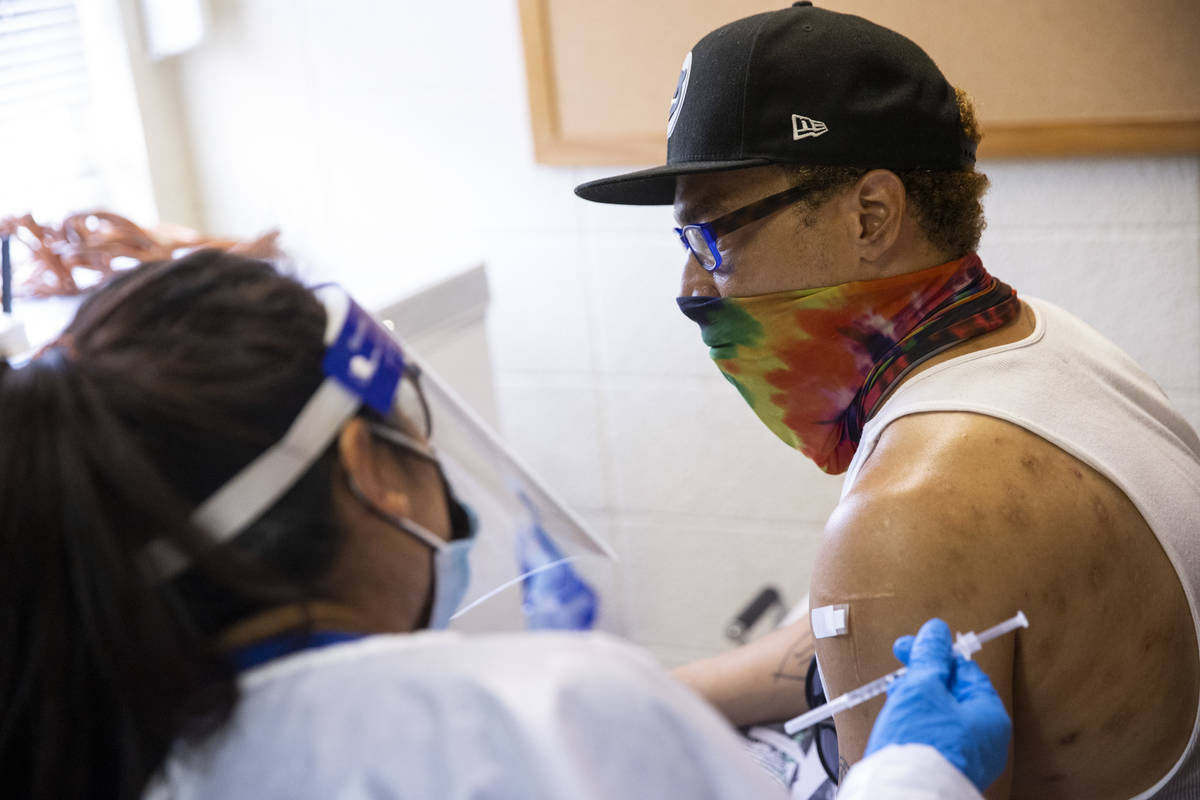 Nevada on Friday reported at least 20 fatalities and more than 1,000 new coronavirus cases in a day for the second time this week, as hospitalizations also climbed past the 1,000 mark for the first time in more than five months.

Data from the state Department of Health and Human Services posted on the state’s coronavirus website added 1,003 new COVID-19 cases. That was just one fewer than the 1,004 new cases reported Tuesday, which was the first time the state had exceeded the 1,000 threshold since 1,070 cases were recorded on Jan. 30.

The 20 fatalities marked the second time this week that the state has recorded at least 20 deaths in a single day, although the 28 fatalities recorded on Wednesday reflected two days of delayed reporting, a state official said.

New cases remained higher than the moving 14-day average of daily reported cases, which rose from 692 on Thursday to 713. In a little over a month, the average has climbed steadily from a recent low of 132 reported on June 10, according to state data.

The average is now at levels not seen since early February, but is still less than a third of the all-time high of 2,761 reported on Dec. 12, before widespread vaccination was rolled out in Nevada.

The 14-day average of daily reported deaths increased to five, up from four the previous day. Deaths have remained relatively flat over the past six weeks, as new cases, hospitalizations and the test positivity rate all have been climbing. But the 59 fatalities recorded this week was the highest weekly total since the week ending March 27, when 65 were reported.

For the 33rd day in a row, the Nevada’s two-week test positivity rate increased on Friday, according to state data. The rate, which essentially tracks the percentage of people tested for COVID-19 who are found to be infected, increased by 0.1 percentage point to reach 12.8 percent.

The rate has nearly quadrupled since hitting a recent low of 3.3 percent on June 10. The metric has not been this high since mid-February, the data show.

Meanwhile, more Nevadans are seeking COVID-19 tests. The two-week average of daily tests per 100,000 people decreased over the first weeks of June. However, the metric has been slowly increasing this month, from a recent low of 138 on June 28 to 187 as of Friday.

Nevada also topped the 1,000 threshold for COVID-19 hospitalizations, with 1,001 beds occupied by patients with suspected or confirmed cases as of Friday, which was 30 more than the day prior. It was the highest figure in nearly six months, since 1,072 hospitalizations were reported on Feb. 5, state data shows.

Hospitalizations can vary day to day and have been trending upward since late June. The number of people hospitalized in Nevada has increased every day but five in the past four weeks, state data shows.

More than 90 percent of people in Nevada hospitalized for COVID-19 are unvaccinated, state officials have said.

As of Friday, 46.87 percent of eligible people in Nevada are fully vaccinated, a 0.6-percentage-point increase over the past week, according to state data.

The recent surge and increased prevalence of the more contagious delta coronavirus strain prompted Clark County to mandate that all workers must wear masks, regardless of vaccination status.

Delta variant on the rise

As of Monday, the delta variant accounted for 74 percent of Nevada’s cases genetically analyzed by the Nevada State Public Health Laboratory in the two weeks prior, according to state data.

Scientists say that vaccines used in Western countries still appear to offer strong protection against the variant, which was first identified in India. However, the World Health Organization has warned that easier-to-spread strains such as the delta, low immunization rates and declines in mask use will “delay the end of the pandemic.”

The updated figures posted to the health district’s coronavirus website brought totals in the county to 273,860 cases and 4,616 deaths.

Clark County has also seen a slight increase in “breakthrough cases” among hospitalized people in the past two weeks, from 122 reported on June 15 to 148 as of Thursday, according to county data.