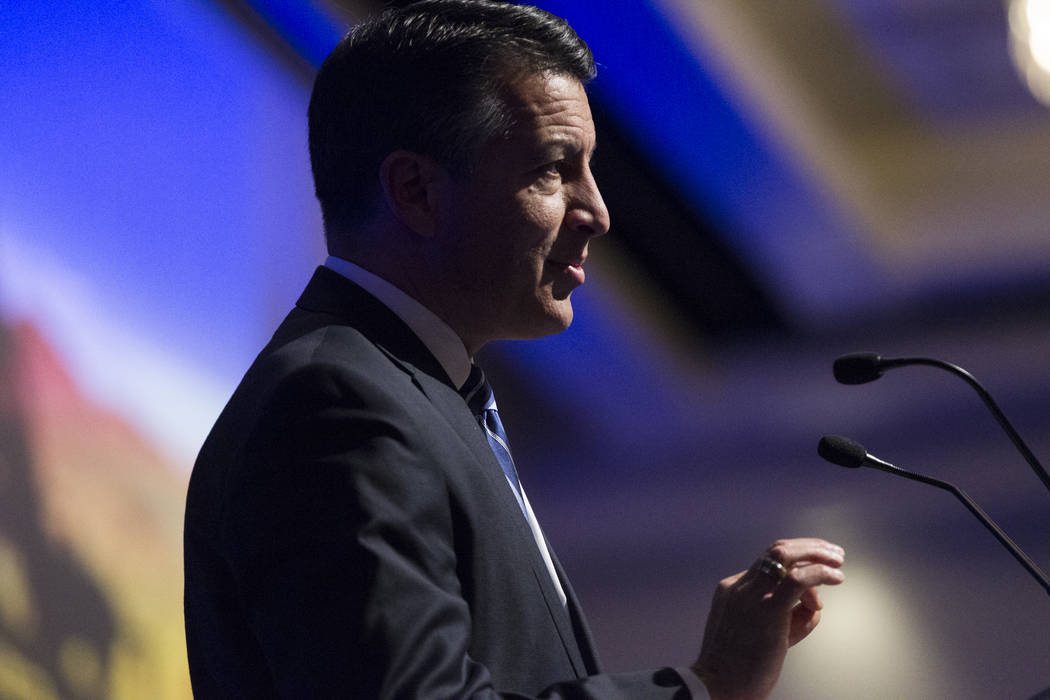 Erik Verduzco/Las Vegas Review-Journal On June 22, Sandoval joined Government of Bizkaia President Unai Rementeria to sign a memo of understanding between the state and the province on collaboration in economic development.

Nevada Gov. Brian Sandoval is in Spain, leading a delegation on week-long trade mission to the Basque country.

“It is entirely appropriate that we formalize these closer economic ties, because Nevada is not Nevada without the Basque people and culture,” Sandoval said.

“The Basque culture in Nevada is a relationship that goes back to before we were a state and Basque emigrants moved West during the gold rush and the rise of ranching and herding,” he continued.

“I am thrilled we can move this dynamic into the future as we collaborate on technologies that are drawing even more international interest to the new Nevada,” Sandoval said.

On June 22, Sandoval joined Government of Bizkaia President Unai Rementeria to sign a memo of understanding between the state and the province on collaboration in economic development.

The memo, which will seek to foster higher education and commercialization partnerships, focuses on smart city technology, including intelligent mobility and autonomous systems, as well as electric generation, grid technology, and blockchain, officials said.