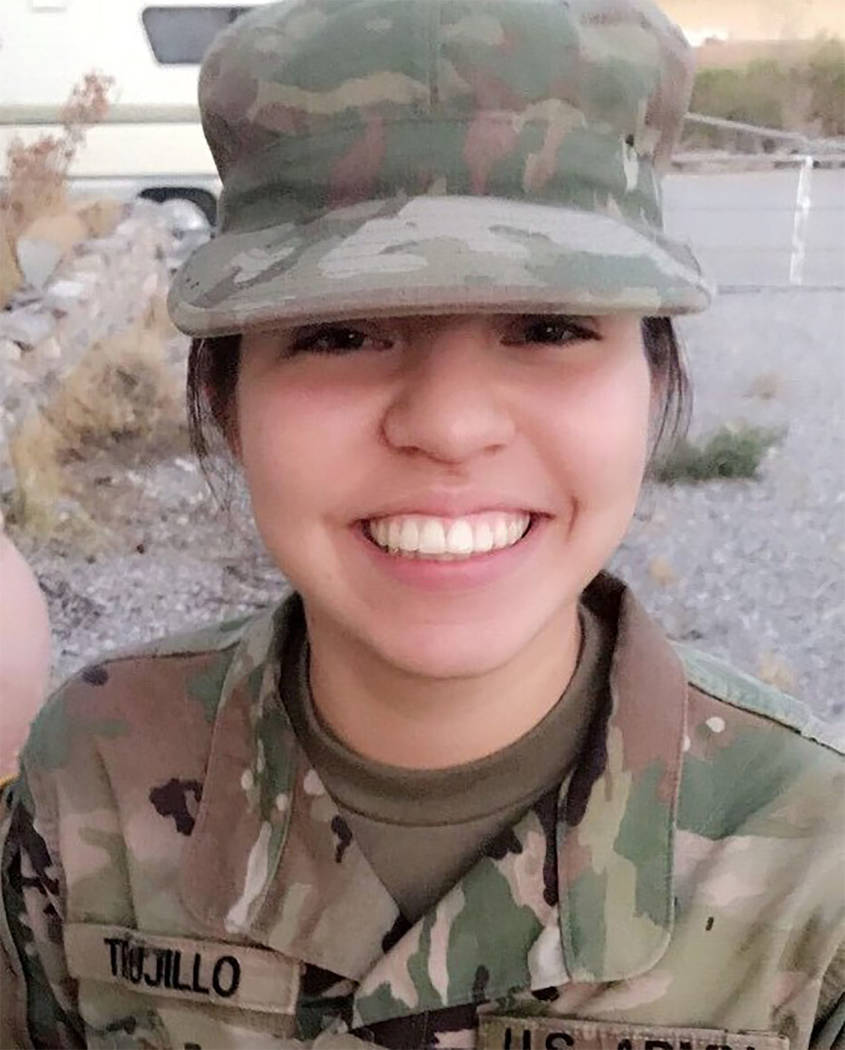 So when hundreds of shots rained down on the Route 91 Harvest Festival country music concert in Las Vegas on Oct. 1, Trujillo recognized the sound.

“At first when shots went off, everyone was curious. They thought it was fireworks or something wrong with the speakers,” said Trujillo, 17, who immediately advised her two sisters, Isabella, 15, and Francesca, 13, to leave the concert.

“The lady next to us thought it was fireworks; I told my sisters I didn’t believe that. I told them to leave. I didn’t want them to freak out or panic. We did it calmly. As we were approaching the exit, that’s when everyone else started to realize that this wasn’t fireworks or an issue with the speakers.”

Las Vegas Metro Police identified Stephen Paddock, 64, as the man who opened fire from the 32nd floor of the Mandalay Bay Resort and Casino, killing 58 and injuring hundreds before taking his own life. Nevada Army Guard Sgt. 1st Class Charleston Hartfield, 34, of the 100th Quartermaster Company was among those killed.

The concert was a present for Trujillo’s graduation from basic combat training and marked her grandfather, Bill Henning’s, 71st birthday.

Moments before the shooting, Trujillo’s father, Jamie Maxwell, along with Trujillo’s mother, left for the family’s hotel room on the 24th floor of the Mandalay Bay. After the shooting, he raced downstairs to find his family.

“People were dropping to take cover, others dropped because they got hit and some were falling because they were trampled,” said Trujillo, a “split-option” soldier who completed basic combat training before her senior year at Arbor View High School in Las Vegas.

Trujillo and her sisters found safety behind a wall, where they met fellow concertgoer Tammy Dean.

“They saved me,” Dean told a KTNV-13 Action News reporter. “(Trujillo) really took care of us and kept us calm and she kept me from doing something stupid like going inside looking for family. She’s a hero and I can’t wait to see her grow up. I am so blessed to have you as a friend. Thank you so much and I’m glad that I have you in my life, too.”

Trujillo, her sisters and Dean left the area and were escorted by an off-duty police officer off the Strip. They went to her brother’s house near the location of the concert, Trujillo said.

They eventually reunited with their father.

Their grandfather disappeared in the shooting, but found safety in the hotel. He spent the evening there during the hotel’s lockdown. The entire family wasn’t reunited until the following morning.

“Right now, I think I’m handling the situation better than the rest of my family,” Trujillo said. “My family is having a hard time sleeping right now. My family is dealing with it worse than I am. I am just thankful for training and to be able to know what to do in that situation.”

“In the short period of time I’ve known her, given she is so new to the force, I can say, based on assignments she’s received as a young private, she’s displayed an exceptional ability to execute them and shown a great degree of leadership doing it,” said Sgt. 1st Class Victor Boivin, a Nevada Army Guard recruiting and retention sergeant. “She has a lot of potential. Her actions the night of the concert display that potential.”