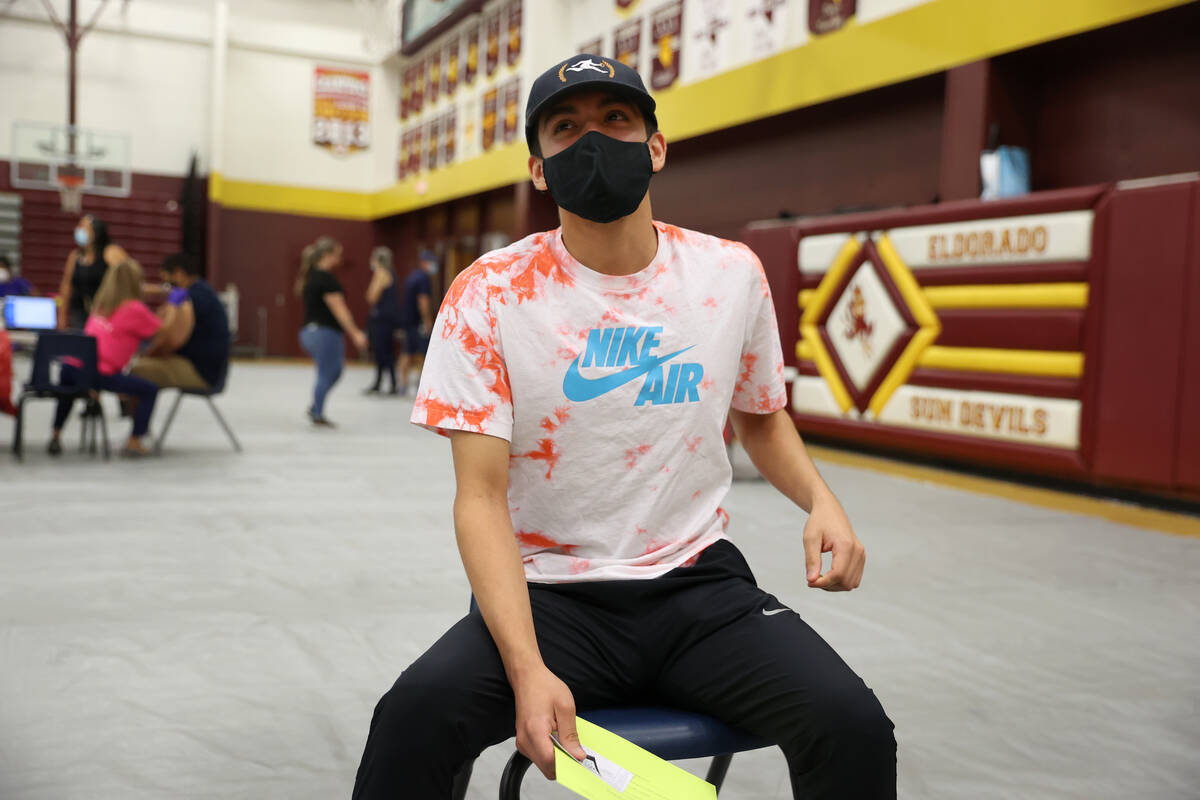 Nevada hit two positive milestones on Wednesday, reporting the fewest new coronavirus cases in a single day and the lowest number of COVID-19-related hospitalizations in more than two months.

The state reported 824 new cases and 30 deaths, bringing cumulative totals posted by the state Department of Health and Human Services to 414,371 cases and 6,948 deaths.

That was the lowest figure since July 21, according to state data. It was also the lowest number of new cases reported in a single day since July 14.

New COVID-19 cases were just below the two-week moving average, which dropped sharply from 894 to 825.

Nevada also reported that 986 people in the state were hospitalized with confirmed or suspected COVID-19 cases, 21 fewer than the previous day. The number of hospitalizations in the state has been slowly decreasing for weeks, though hospitals in the northern and central part of the state, in particular, continue to struggle with capacity and staffing issues.

COVID-related deaths, however, remained well above the moving two-week average, which increased by one to 13 fatalities per day.

The state’s two-week positivity rate, which essentially tracks the percentage of people tested for COVID-19 who are found to be infected, dropped 0.2 percentage point to 11.1 percent, according to state data. The rate declined steeply from its recent high of 16.4 percent on Aug. 13 before flattening over the past few weeks.

Positivity rates show how the pandemic has shifted over the past month. While Clark County was ground zero of the state outbreak in mid-August, the surge is now hitting other parts of the state harder.

Storey County has by far the highest positivity rate in the state, 40.6 percent as of Wednesday. That figure is based on a small sample, though, as only 778 total tests have been reported in the county. In contrast, Clark County has conducted more than 3.2 million tests.

Despite the recent improvements in the state’s key COVID metrics, they have yet to return to the levels seen prior to the summer surge, which experts say was driven by the more-contagious delta variant of the new coronavirus.

As a result, all of Nevada’s 17 counties are listed as having “high” risk of transmission of the disease. That’s the highest category in the Centers for Disease Control and Prevention guidelines and means a mask mandate remains in effect throughout the entire state.

The state reinstituted a mask mandate in crowded indoor public spaces for counties that have “high or substantial” rates of transmission on July 30, about two weeks before the state’s numbers started to flatten and drop.

The Southern Nevada Health District on Wednesday also reported 352 cases and 19 deaths over the preceding day. That brought county totals to 316,397 cases and 5,515 deaths.