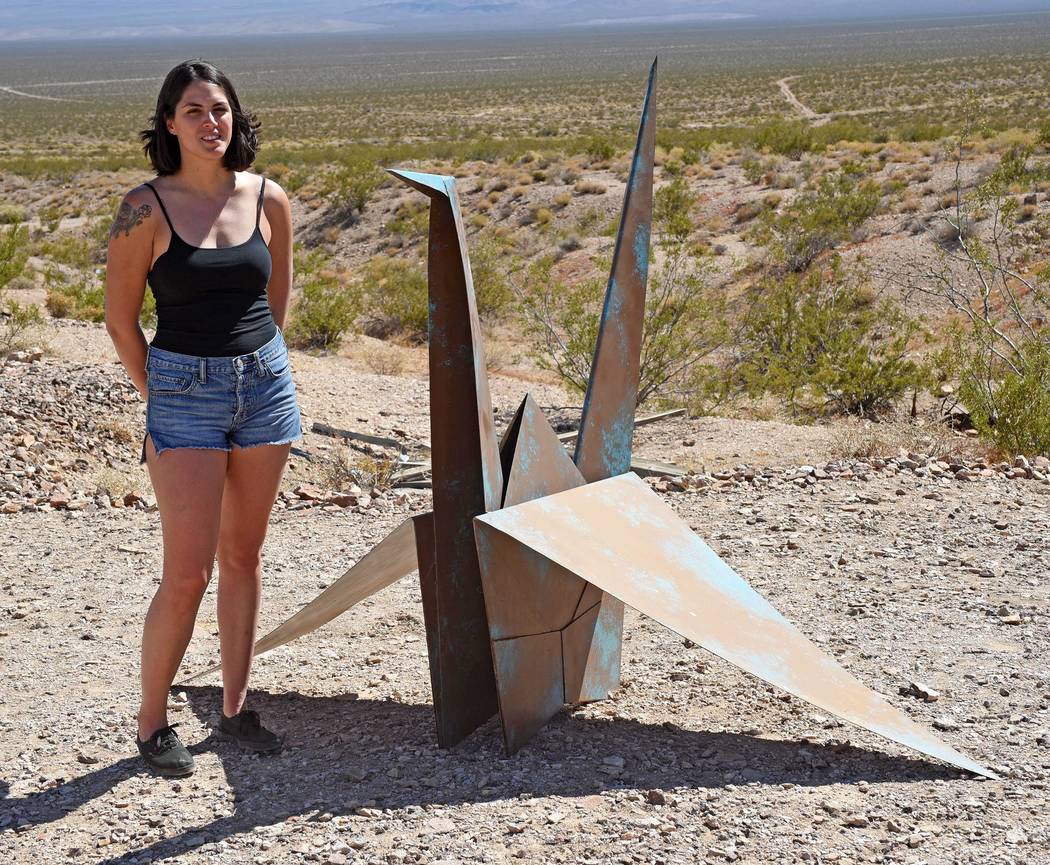 Richard Stephens/Special to the Pahrump Valley Times A look at "1,000 in 1," by Las Vegas artist Cierra Pedro, is a giant origami crane folded, not of the traditional paper, but of sheet metal.

The inspiration for the newest addition to Goldwell Open Air Museum at Rhyolite comes from Japanese art and culture.

“1,000 in 1,” by Las Vegas artist Cierra Pedro, is a giant origami crane folded, not of the traditional paper, but of sheet metal.

The 1,000 in its title refers to the 1,000 small paper cranes that are strung together in a “senbazuru,” which is traditionally given as a gift at weddings and sometimes for newborn babies.

The crane is a mystical or holy creature in ancient Japanese culture, believed to live for 1,000 years. The folder of 1,000 cranes was believed to earn the granting of a wish by the gods.

The senbazuru is traditionally presented as a wish of long life and good fortune.

The sculpture was presented to the museum by the family of Las Vegas artist Cierra Pedro, who created it in 2010 while studying sculpture at UNLV.

She made it as part of a class project celebrating the 30th anniversary of Claes Oldenburg’s “Flashlight,” a prominent sculpture on the UNLV campus.

Pedro was born and grew up in Hawaii, where she acquired an interest in the Asian cultures that are a part of life there. She currently works primarily in digital media and photography.