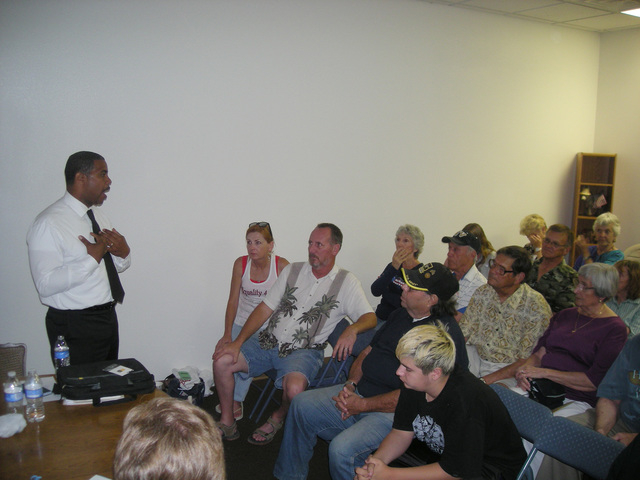 The number of registered Republicans and non-partisans continued to increase, while the registered Democrats continued to decrease in Nye County, according to statistics from the clerk’s office at the close of registration for the June 10 primary election Tuesday.

There were another 992 active and inactive voters on the rolls by the end of voter registration Tuesday compared to 2012 figures, with 26,431 registered to vote. Of that total, 43.7 percent list themselves as Republicans, 31.4 percent as Democrats, 16.7 percent as non-partisan and 6.8 percent with the Independent American Party.

The number of registered Republicans continued to increase in Nye County with 11,554 Republican voters according to the latest statistics, an increase of 191 over the close of registration in May 2012 and 755 over the May 2010 figures, the last time these candidates ran for election. Republicans padded their advantage over Democrats to 3,244 voters this year, up from 2,972 in 2012 and 1,865 in 2010.

There were 81 fewer registered Democrats in Nye County this primary season than 2012, with 8,310 registered, but that was less of a drop than from 2010 to 2012, when the Democratic party lost 543 registered votersin the county.

Nye County continued to solidify its reputation as a red county, where 60.3 percent voted for Mitt Romney for president in 2012 as opposed to only 36 percent who voted to re-elect President Obama, bucking the state and national results. Republican Danny Tarkanian captured 56.3 percent of the vote to Democrat Steven Horsford’s 30.6 percent, but Horsford handily won election for the new congressional District 4 seat. Back in 2008, Republican John McCain won 54.5 percent of the Nye County vote, to Obama’s 41.3 percent.

Voters registered as non-partisan also saw a healthy increase, with a gain of 562 voters this primary to 4,423 voters. That number is up 714 voters from May 2010 figures.

There are 207 Libertarians in Nye County, a gain of 32 since 2012. There are 34 members of the Green Party, another three, and 10 members of the Natural Law Party. Another 65 people are members of even more obscure parties.