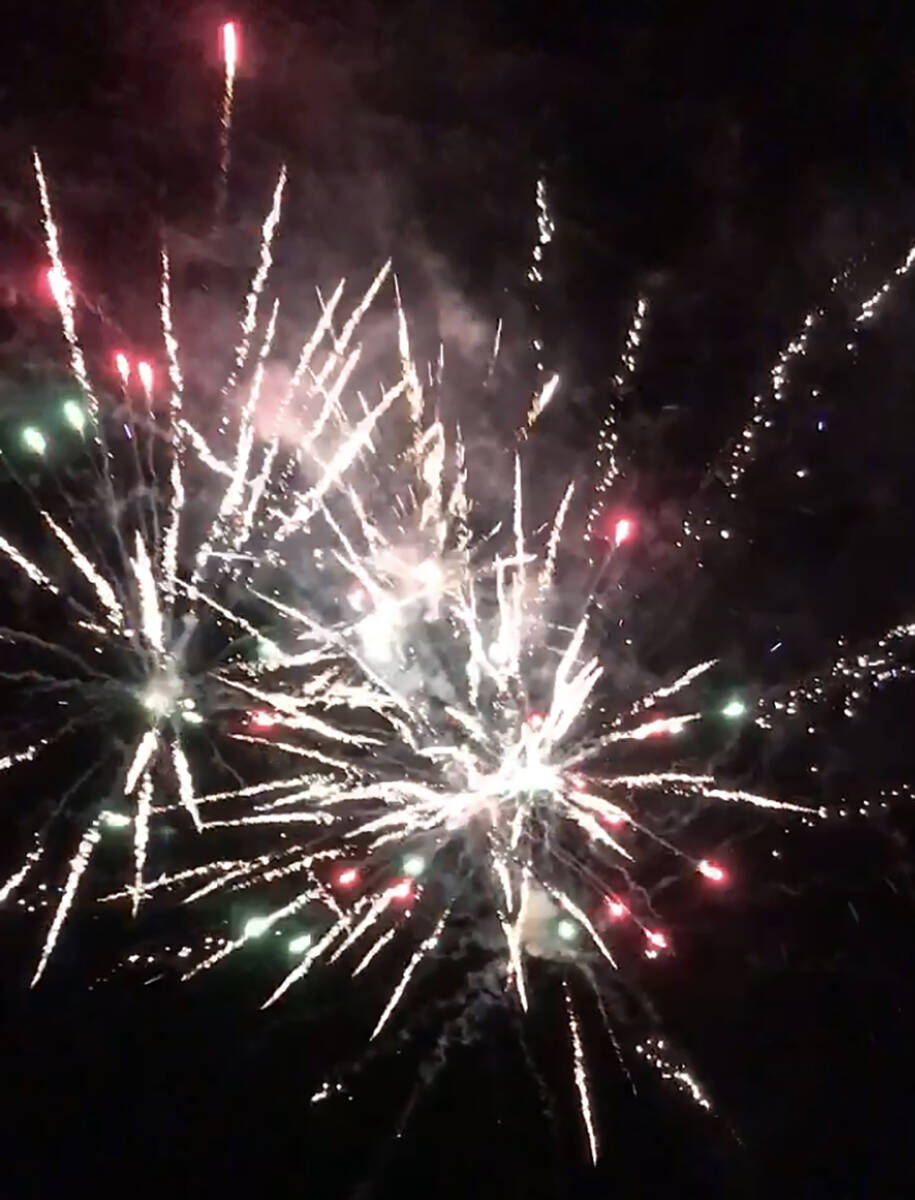 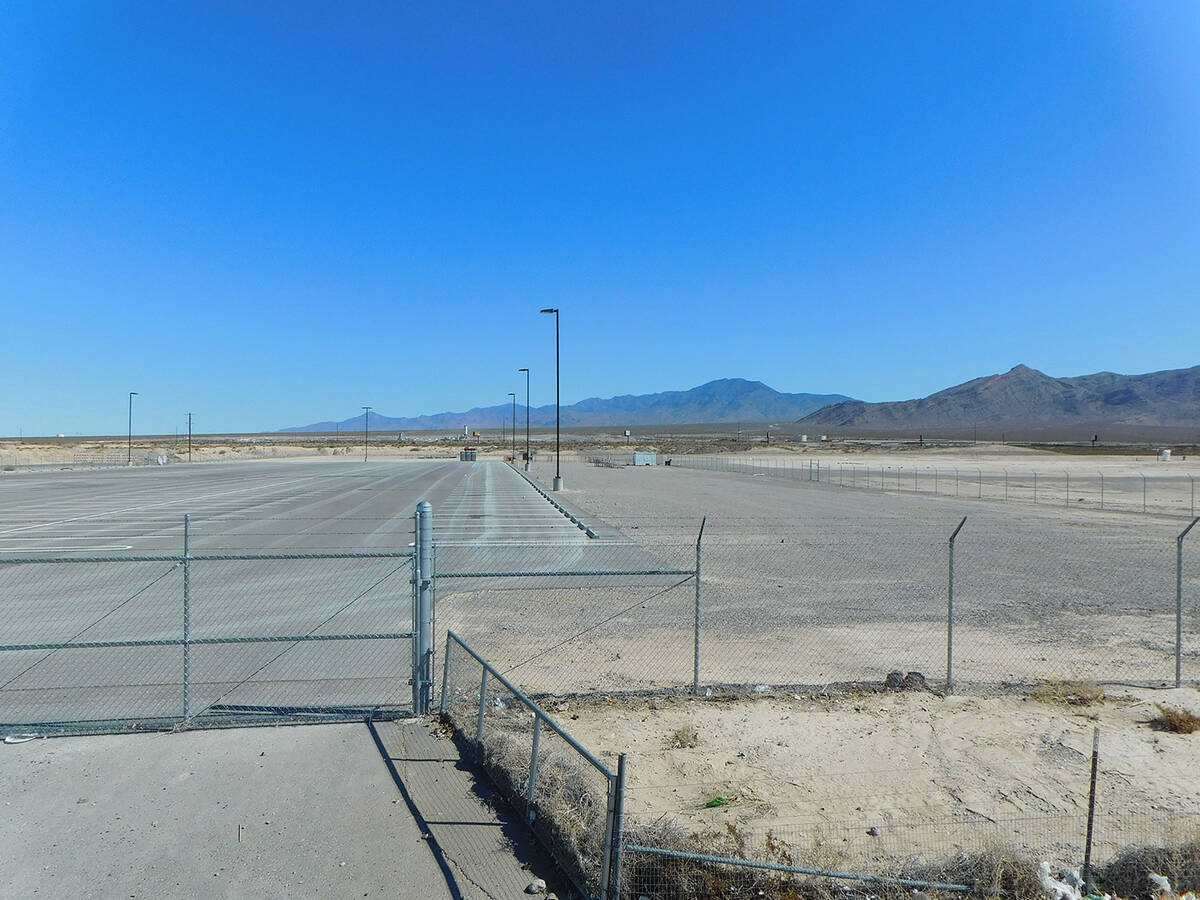 Robin Hebrock/Pahrump Valley Times The Pahrump Fireworks Shoot Site, located on the Pahrump Fairgrounds, is currently the only place where people can legally launch aerial fireworks. Nye County officials will be debating whether to allow fireworks use on private properties in the near future.

Anyone familiar with the town of Pahrump will know that there are several fireworks stores in the valley, but there is only one location in which buyers can legally use any of the aerial fireworks they can find in those retailers: the Pahrump Fireworks Shoot Site.

But the shoot site is only open for a few specific days around certain holidays each year, including Memorial Day, Independence Day, Labor Day, Thanksgiving and New Year’s Eve. In addition, there is an occupancy limit of five persons per launch zone and only adults are permitted to launch the incendiary devices. These regulations often lead area residents to firing off their purchases on their own property, something that under Nye County Code is illegal.

Longtime resident Darren Cox believes it is high time to change that code and he approached the Nye County Commission this month with a request that the board review the existing code and consider amendments that would provide for private, at-home use of fireworks.

“I was just here to try to get the legalization of lighting fireworks on private property in the community, like we used to have back in the 1990s,” said Cox, who is the son of commissioner Donna Cox, at the board’s Tuesday, May 3 meeting.

Cox said he believed it would benefit the county to provide upgraded permits for residents to use fireworks on their own property, noting that he felt an upgraded permit should be more pricey than the $5 permit that is necessary to use at Pahrump Fireworks Shoot Site. The revenue generated by the upgraded permits could then be funneled into the local fire department, and Darren predicted that the county would also see increased sales tax revenue as a result of more purchases at the valley’s fireworks stores.

For safety reasons, Cox proposed that the upgraded permits be provided at the local fire stations and the sheriff’s office, where residents would be required to fill out pertinent information that could then be loaded into the emergency dispatch system. The permits should come with tips for using the fireworks and rules, such as a requirement that there be a minimum distance between the fireworks being launched and any bushes, houses or other materials that could catch fire. He proposed heavy fines for anyone who uses fireworks in an unsafe manner.

“This will make a little more family fun in the community,” he stated.

His mother Donna added that residents are already setting off fireworks at home anyway, stating, “But the county is not benefiting from it. This would just keep the people from getting arrested for something they enjoy… and it would also give them safety instructions… and allow us, like he said, to generate some funds…”

Her fellow commissioners, on the other hand, expressed concerns about the proposal, with Bruce Jabbour stating that he was worried about the fire hazard and Debra Strickland citing the stress that animals often undergo when exposed to fireworks.

Pahrump Fire and Rescue Chief Scott Lewis voiced his concerns, too, telling the board, “Once an aerial leaves its tube, there is no telling where it’s going to land. The risks and the liabilities based on that are much broader than has been discussed here. Many people rent homes so they wouldn’t even have, necessarily, the owner’s permission to do those types of aerial launches.

“These types of concerns abound. I appreciate the generous offering of these monies coming to the fire department but quite frankly, we have to put the life-safety considerations before the revenue,” Lewis stated, noting that the area is currently experiencing a serious drought and the fire load is quite high.

“Every year there is a fire risk,” Darren rebutted. “You guys are making it to where everybody has to go to your site, and then you can’t bring your kids. They have to sit on a bleacher. I don’t understand what that is. Lighting fireworks is supposed to be family fun, not just the adults doing it.”

Following a 40-minute back-and-forth discussion, commissioner Leo Blundo made the motion to have staff work with Darren and local fireworks store owners on the subject and to have Nye County Code Chapter 8.04 included on a future agenda for possible amendment. Donna seconded the motion, which passed with all in favor.

In order to amend the code, the county will have to hold a public hearing. Once a time and date has been determined, it will be announced in the Pahrump Valley Times.