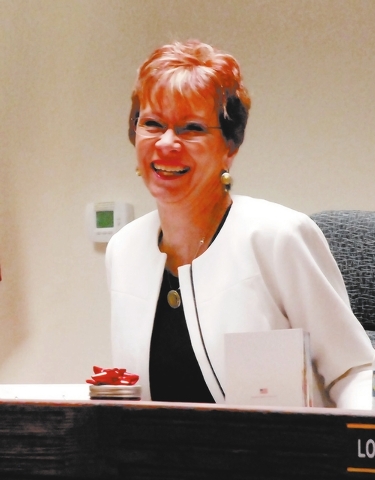 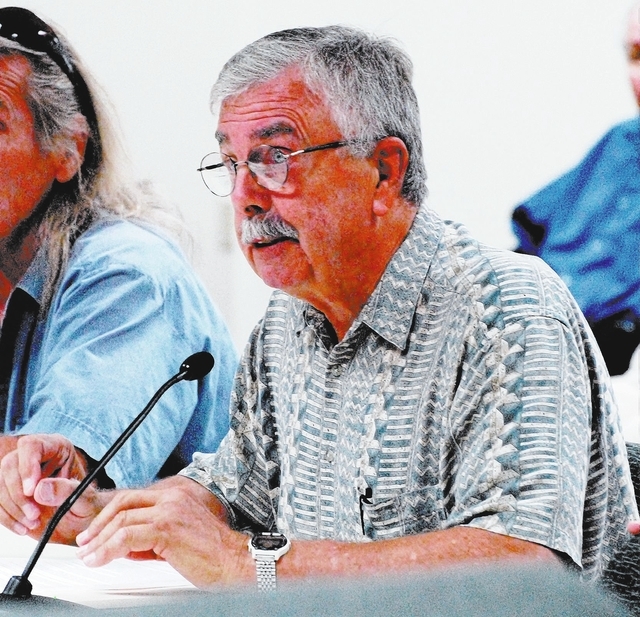 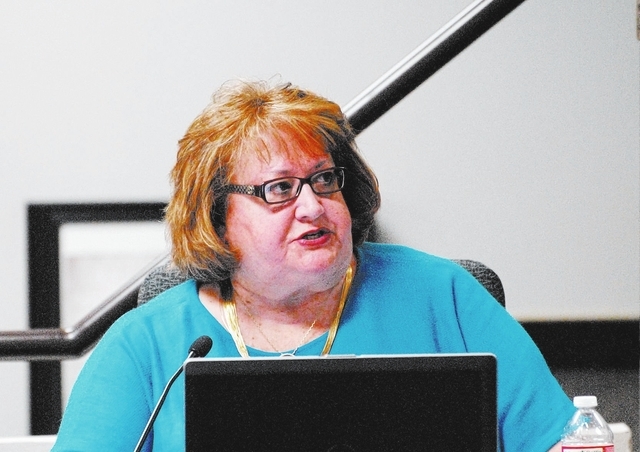 A panel for the Nevada Commission on Ethics dismissed a request for an opinion filed by Andy Alberti over the hiring of former county commissioner Joni Eastley as assistant county manager in January.

Alberti named County Manager Pam Webster, Human Resources Director Danelle Shamrell and Eastley in his request filed March 21. A panel decided not to forward the case to the full commission Sept. 18, but the decision was just made public Monday.

“The only thing that the panel finds is whether there’s just and sufficient cause based on the evidence and the investigation. We don’t find if it was willful or non-willful,” said Caren Jenkins, executive director of the Nevada Commission on Ethics, “only that we have evidence, testimony, documents to take it to the next step.”

The first step is whether there is a minimal level of evidence to take the case, she said.

Eastley served three terms on the Nye County Commission, stepping down in December 2012 due to term limits after 12 years. One week after leaving her county commission seat, Eastley accepted a position as assistant county manager.

Alberti claimed that by applying for and accepting the assistant county manager job Eastley used her position to secure unwarranted privileges, preferences, exemptions and advantages for herself in violation of state law.

The panel concluded: “While Eastley’s participation in submitting an application, submitting to an interview, commissioner ratification of the manager’s selection and employment contract all may create an appearance of impropriety, they do not directly violate any provision of NRS 281A, including the policy directive in NRS 281A.020. Few jobs exist in Nye County for persons with Eastley’s public sector experience and skill set. While public concern based on influence, under the circumstances the allegations of conduct and the conclusions drawn related to NRS 281A simply remain unsupported by the evidence.”

The panel found Webster is the only employee that is hired by the county commission and reports directly to them. The county manager has the authority to hire and fire all other county employees, including the assistant county manager; however, the county commission must ratify her selection. While public concern based on influence and circumstance is understandable, Webster’s conduct was found not to violate the same state statute.

Similar language was used in dismissing the request for an opinion against Shamrell.

Jenkins said of Alberti’s claims, “The conclusions were reasonable, we just didn’t find anything to back them up.”

“I have no idea what they were thinking when they decided to review it and then decided after all this time not to look at it,” Alberti said when informed of the rejection. “It just didn’t seem to be appropriate to me and if they think it’s appropriate, anyone who was elected and wants a job and go to the people they were over and apply.”

Alberti said it was a question of whether the procedure used to hire Eastley was appropriate.

“My first issue was that she filed for the job while she was still a commissioner and she filed to take the job from someone that was under her,” Alberti said. He referred to the fact Webster was formerly working under Eastley.

County commissioners attempted to vote on Eastley’s hiring Dec. 18 while she was still a commissioner, but couldn’t get a quorum. Eastley recused herself from the vote, former commissioner Gary Hollis was out for medical reasons and Commissioner Butch Borasky didn’t vote for Eastley’s contract.

Commissioners revoted on Eastley’s appointment again in January with a new board, it passed by a 3-2 vote the second time with Commissioners Donna Cox and Borasky voting against.

Alberti said after filing four requests under the Nevada Open Records Act, he was finally able to get copies of all 39 applicants who filed for the position.

Eastley said she was not surprised by the ethics panel’s conclusions.

“I have always felt that I would be exonerated as well as my colleagues. We did absolutely nothing wrong. I asked for an opinion as to whether or not I could apply for the job. I received that opinion and I applied for the job, they offered it to me and I accepted it. That’s all there is to it. I think the big losers in this are the taxpayers because the taxpayers had to pay $50,000 to an attorney to represent us in this case,” Eastley said.

She said the investigators were extremely thorough, issuing subpoenas for documents and conducting multi-hour interviews.

Webster said the finding of inadequate evidence to support a finding of a violation of ethics laws confirmed her position they took the correct actiion in recruiting and hiring the assistant county manager.

“I had worked with legal counsel during the process and I believe the best candidate for the position was hired. I firmly support the right of citizens to file complaints similar to the one filed by Mr. Alberti, however, when the complaints lack merit, the unfortunate result is the expenditure of thousands of dollars for legal fees that are unnecessary,” she said.

On another matter, a demand letter was issued by A &A Masonry LLC over an Oct. 17 opinion column Alberti produced for The Pahrump Mirror. Alberti alleged the company pulled seven illegal aliens off the Pahrump jail construction project. A &A Masonry said Alberti’s attempts to tie their company to Nye County Assessor Shirley Matson’s fabrications about employing illegal immigrants “is shocking to the conscious and a complete fabrication.”

A &A Masonry also sent a complaint to the Nye County Sheriff’s Office for violations of state law governing libel.