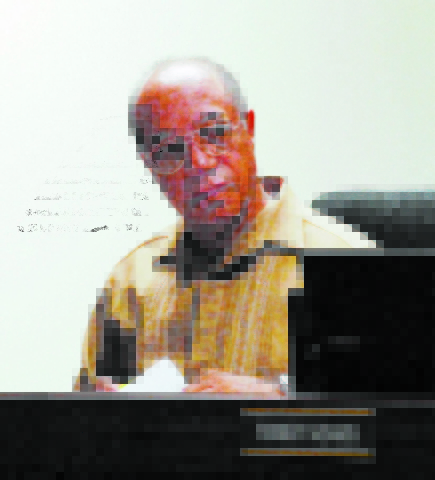 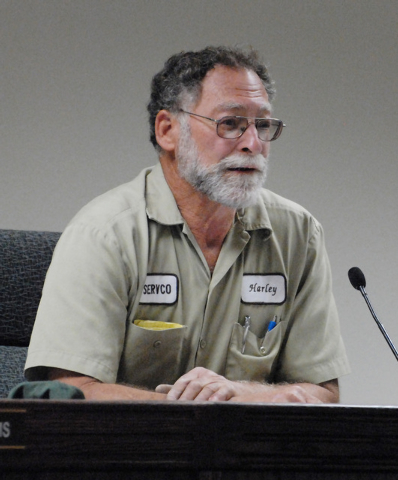 It remains to be seen whether the 2014 Pahrump Fall Festival will be held on a different weekend next fall.

Town board members on Tuesday voted to allow staff more time to research the matter of rescheduling the event from the last weekend in September to the first weekend in October.

A large part of the proposed schedule change centered on the direction of the annual event in terms of size and scope.

Board member Dr. Tom Waters said he would like to see the festival continue to grow in the future.

Board Chair Harley Kulkin who authored the agenda item, shared a conversation he had with a local family who attended the festival last month.

Kulkin said there were a number of criticisms the family had on their first time at the event.

“They said they have seen some poor excuses for a festival but this was the worst one they had seen. I hate to say that but we have to deal with reality. I think that fall festival and the Harvest Festival that we had in years past did attract other kinds of people and a lot more vendors. Mostly what I saw this year was half of the vendors selling food,” he said.

Kulkin also mentioned a similar event in a neighboring town that he suggested would be a good model for the Pahrump event.

“I don’t know if any of you have ever been to Beatty Days. I have to tell you that it’s a much smaller event and it’s far more enjoyable that what I have seen here in recent years. They have so much more going on like a car show and bed races down the street. They do attract a lot of people from all over including Las Vegas because it’s such an interesting event and they have a good time. We really need to decide what we want here,” he said.

Town Manager Susan Holecheck said she is now working with town staff on which direction the fall festival will proceed.

“I will work on whether we want to keep it that way or whether we want to piggyback on a bigger event. I will be working with Arlette Ledbetter who is our new tourism director. It’s going to take us some time because we just can’t move it that easily because it has been in that slot for a period of time. It would be interesting to see what the flavor on the street is,” she said.

The town manager also noted that moving the event to early October would create problems due to other established annual events in Las Vegas.

“You have the Boulder City Art Festival that weekend. You have the Henderson Car Show. Right here in Pahrump you have the Grape Stomp. It’s nice to have different functions but sometimes you can have too many events and then everybody suffers,” she said.

A proposed motorcycle event also came before the town board.

Members were to consider entering into a contract for the production of the event next year.

Instead, Holecheck said the item will be revisited by the board at a later meeting to provide more time for additional research.

“It was probably a bit premature and I have spoken to producer Randy Burke and his first date was the weekend after Veterans Day. We have already begun checking with some properties in town and that doesn’t seem to work for them because they are pretty much at 90 percent occupancy in September, October and November. His other options were May and June so we might be looking at doing something with him and maybe getting a May or June. We don’t have a lot of rooms so we want to make sure the properties are comfortable with those dates,” she said.

Board members also discussed whether to keep the latest official town slogan or revert back to the previous one.

For more than two years the slogan referred to Pahrump as: “Your Basecamp for Adventure” which replaced the moniker “The Heart of the New Old West.”

Ledbetter suggested it would be wise to table the item before making a final ruling. She also reminded the board that much time, energy and money went into selecting a phrase that best describes Pahrump to potential tourists.

“We have diligently invested in this tagline and we have created our entire theme and composure around the southern Nevada area. It is not an easy change. It is not an inexpensive change and it’s not an impossible change either. We need to take our time and create a clear and accurate vision. We need to develop a strategic plan to define what we want to be, who we are and what direction we want to take Pahrump over the next five years. I wouldn’t recommend taking action on this immediately,” she said.

Ledbetter also imparted a conversation she had with the operator of a tour group years ago. The tourism director said the person was disappointed in the fact that “The Heart of the New Old West” did not have a western vibe for tourists to witness.

“She told me, you say you’re the heart of the new old west and I don’t see a hitching post or a western store anywhere. If I put my people into this town based on your tagline, I would want all refunds and I would be very angry with you,” Ledbetter recalled.

Waters said that even though he loved the previous slogan, he would prefer to stick with the latest one.

“I don’t think we should change from that. We are talking about adopting a resolution and revoking an older resolution to say that our tagline is what it is today and that’s basecamp to adventure,” he said.

Holecheck, meanwhile, reminded the board that the main issue at hand was merely the question of revoking an old resolution.

“All this is is a housekeeping item. It’s simply to revoke the old resolution because you have ‘Basecamp to Adventure’ in place. It does not preclude us in the future from doing another resolution with a new tagline,” she said.

After further discussions board members voted to approve the new resolution while at the same time, revoking the previous one pertaining to Pahrump’s official slogan.

Board members also approved an item to establish a policy for major events and reservation use of town facilities, which includes a fee schedule for out-of-town groups using local parks.