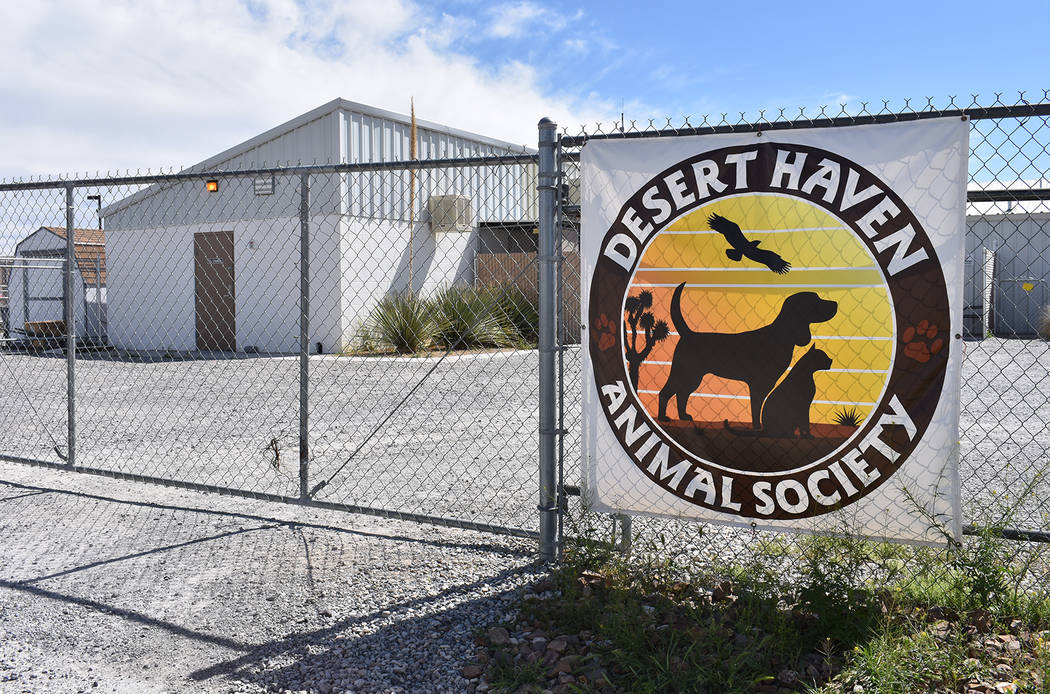 Daria Sokolova/Pahrump Valley Times An animal shelter operated by Desert Haven Animal Society will stay open until the end of June after Nye County commissioners extended its lease agreement and approved a $12,000 subsidy that will help to pay for the shelter’s expenses.

An animal shelter in Pahrump will stay open until the end of June after Nye County commissioners extended a current lease agreement and approved a $12,000-subsidy that will help to pay for the shelter’s expenses.

Commissioners on Tuesday approved an amendment to the lease agreement with Desert Haven Animal Society for the existing animal shelter facility at 1511 Siri Lane in Pahrump until June 30. In addition, commissioners also voted to provide a subsidy in the amount of $12,000 to the shelter for the fiscal year 2017.

Desert Haven Animal Society is a non-profit organization, whose operations are funded by fees and donations. Last year, the organization was put in charge of a no-kill, open-admission municipal animal shelter that helps to reunite owners with lost pets and find homes for surrendered and abandoned animals.

A nonprofit received an approval from Nye County commissioners for a $1-per-year lease agreement for the shelter in March 2016. The existing lease agreement expires March 31.

Nye County Manager Pam Webster said she met with the representatives of Desert Haven Animal Society and said they are doing “a great job.”

“I had the opportunity to review their statistic and their euthanansia rates are way down from what we experienced with the county management of the facility,” Webster said.

Dina Williamson-Erdag, president of the Desert Haven Animal Society board of directors said during the first nine months of operation that ended on Dec. 31, the shelter had a 76 percent live release rate which increased to 77 percent in January and 79 percent in February.

“…Many individuals have donated their time, talent and funds to help us accomplish these numbers, specifically our VIC, Veterinarian In Charge,” Williamson-Erdag said.

The shelter doesn’t receive direct funding from Nye County, and officials said Desert Haven Animal Society wasn’t able to pay the accumulating debt because of insuffiecient income and had to ask for a subsidy. The organization also hasn’t been able to bring in enough money to reimburse the vet.

“Here in Pahrump, being both a no-kill and open admission often feels like an insurmountable task with the overwhelming number of animals we see coming in and the underwhelming number we see go out,” Williamson-Erdag said. “But our goal is not impossible, give enough community support, networking, resource building, community spay and neuter education, and volunteer help to provide quality care to all of these animals.”

“They would like to have $49,000 a year, this is the equivalent of that subsidy through the next three months, and would enable to them to reimburse the vet for the services that they are getting for the animals that are coming in and already in custody and also animals that are being relinquished,” Webster said about the subsidy.

“We appreciate the subsidy recently allowed to us from the BOCC,” Williamson-Erdag said, referring to the Board of Nye County Commissioners. “We hope to develop some community programs to help further increase our Live Release Rate, and we are in need of equipment to replace aged out equipment.”