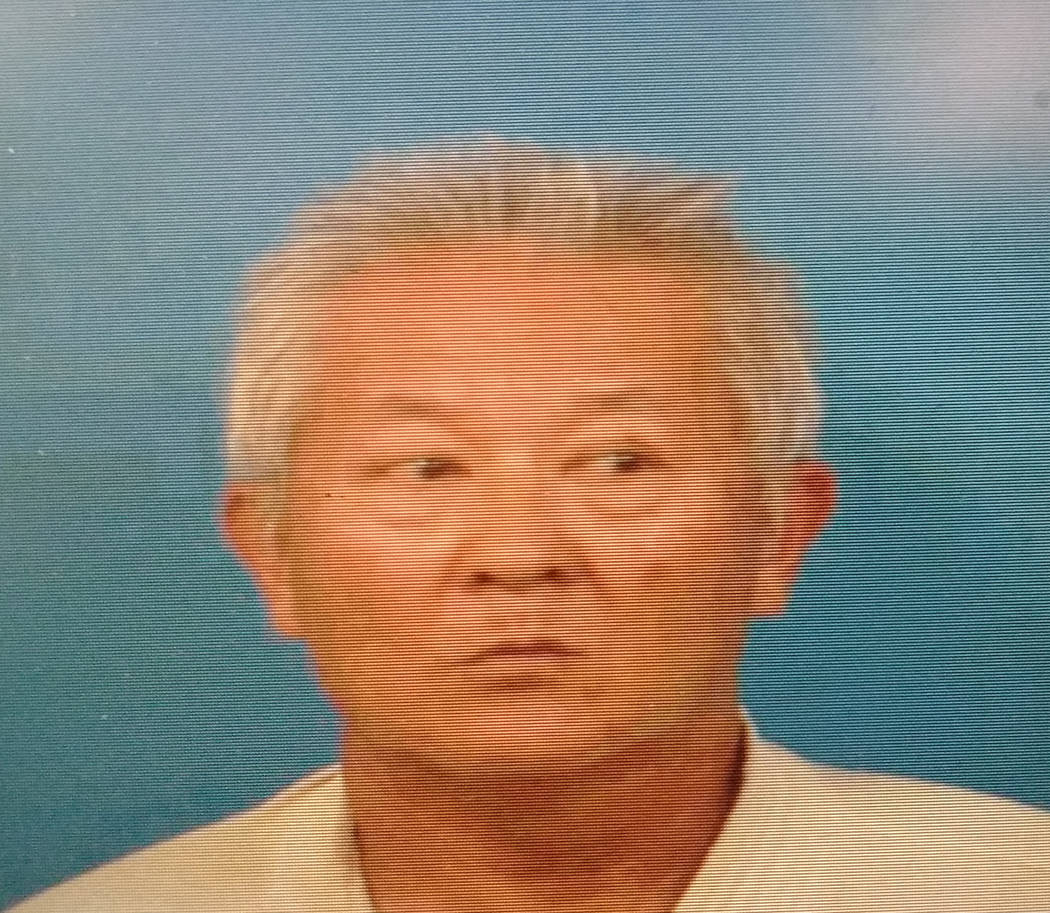 Special to the Pahrump Valley Times Pahrump resident Phillip Peng faces two felony animal cruelty counts after NCSO deputies discovered a Mojave desert tortoise on his property earlier this month. Deputies allege Peng drilled holes in the animal's shell and kept it confined by way of a leash on his Idaho Street residence. 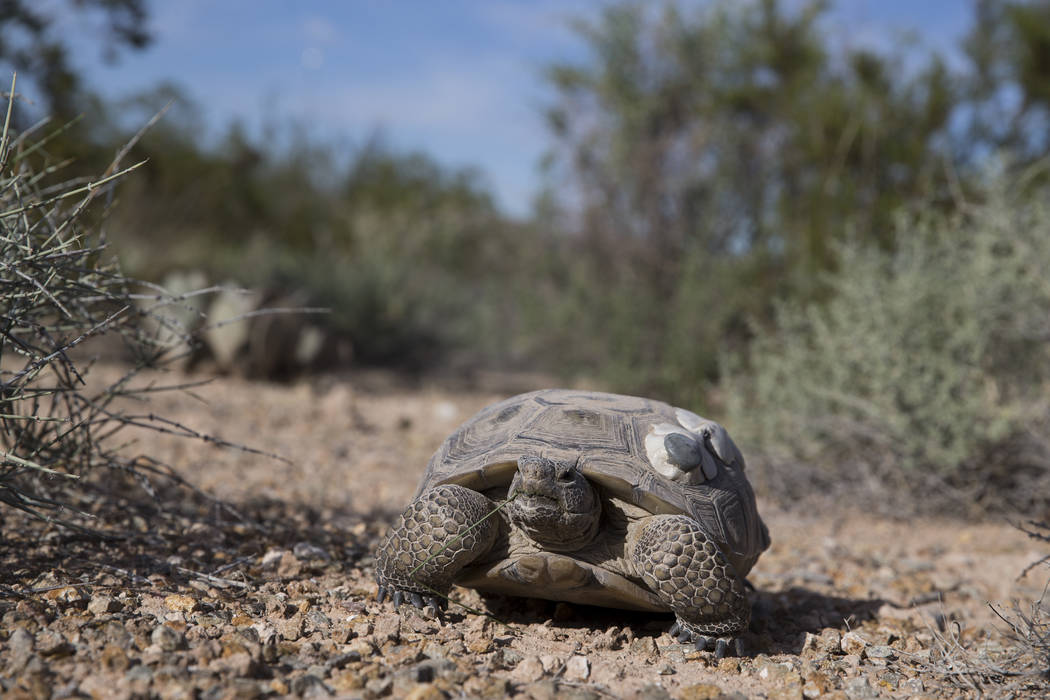 A Pahrump man was arrested on two counts of animal cruelty charges after Nye County Sheriff’s Office deputies discovered a wounded desert tortoise on his property this month.

The suspect, identified as Phillip Peng, was arrested on an unrelated matter at the Idaho Street home on July 14, according to a sheriff’s office arrest report.

Detective Morgan Dillon noted that while securing the property, deputies observed a desert tortoise in a bucket full of water on the back porch.

Additionally, the report stated that when the tortoise was removed from the water, deputies observed that an approximate one-quarter-inch puncture was discovered on the animal’s rear shell, along with another puncture wound several inches from the first.

“It appeared that another hole had attempted to be punctured in,” the report noted. “A long cord with a metal clasp at the end was secured to the porch near the back door and a metal ‘S’ hook was laying near the clasp.”

The report went on to state that the S-hook did fit inside the hole of the animal’s shell and Peng actually told deputies that the tortoise was kept on a leash at the home.

“There was no shelter or burrow for the tortoise, and the leash kept it tethered so that it could only go partially out into the yard, but otherwise it was confined to the open porch area.”

The tortoise was subsequently removed from the residence by Nye County Animal Control officers for protective custody and was taken to a local reptile specialist veterinarian for examination.

Also during the examination, the report stated that the doctor identified injuries to the insides of the animal’s front feet.

While interviewing Peng about the incident, the report noted that he had possessed the animal for about four years after finding it while out on a walk near his house.

Peng was eventually booked into the Nye County Detention Center without incident on two felony counts of animal cruelty.

It should be noted that the Mojave Desert tortoise is listed as a threatened species and as such, is protected under the U.S. Endangered Species Act and Nevada Administrative Code, (NAC 50.080).

Additionally, it is illegal to remove a desert tortoise from the wild without a special permit.

It is also illegal to touch, harass, disturb or pick up a wild desert tortoise or disturb their burrows.