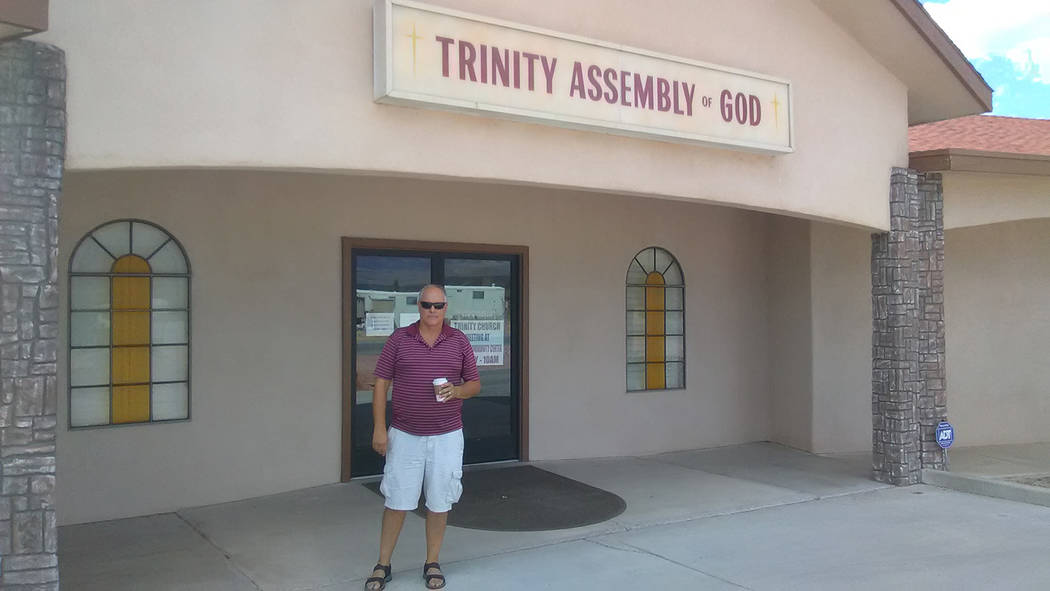 Selwyn Harris/Pahrump Valley Times Pastor Gary Senff of Trinity Assembly of God Church on Big Five Road said his congregation will meet at the Bob Ruud Community Center after a fire caused extensive damage to the house of worship on Friday morning. Sunday services will begin at 10 a.m. for the next several weeks at the Highway 160 location. 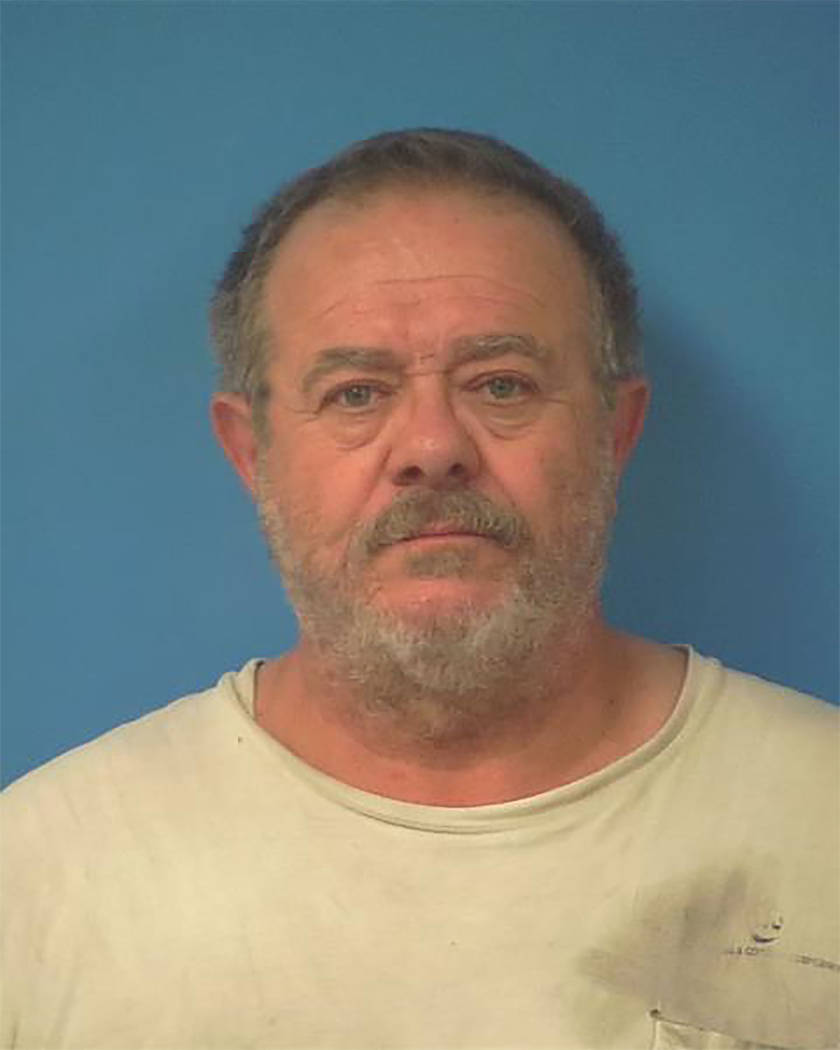 Nye County Sheriff's Office A Pahrump man, identified by authorities as Frank Eugene Casey, 63, was arrested and taken into custody on charges, including first-degree arson.

A local church congregation is using an alternate venue for its Sunday services, after an intentionally set fire at the Trinity Assembly of God Church caused thousands of dollars in damages early Friday morning.

As a result, a Pahrump man identified as Frank Eugene Casey, 63, was arrested and taken into custody on charges, including first-degree arson.

Casey was at one time a member of the church at 750 Big Five Road.

Pastor Gary Senff said he received a call that communications had ceased with the security system at the church.

The fire damaged components inside an electrical systems closet.

“I also got a call from the sheriff’s office, who let us know that there was a small fire,” he said. “They wanted to know if we knew of anybody who would attempt to do such a thing. I couldn’t think of anyone offhand.”

Ironically, Senff said a water line running through the space appeared to have hindered the fire’s progress before fire crews arrived on scene.

“One of those lines burst, and there was water spraying all over, which slowed the fire down before it spread,” he said. “The fire department responded and the fire did quite a bit of damage in that particular room. The water lines running through there broke, and that ended up being a good thing, because the fire was contained and controlled rather quickly.”

As far as the costs for repairs, Senff said he estimates thousands of dollars, depending on what exactly needs to be replaced.

“Those electrical panels are 35-years-old and they have to be replaced,” he said. “The plumbing will run about $1,000 which is a fairly easy fix. Then we have to repair the sheetrock as well as the wallboard. The ceiling will also have to have some repairs. We’re hoping to keep the cost down to a minimum. There is the odor of smoke in the facility, but it is not overbearing. We could meet there if we had water and power, but we don’t.”

Senff also gave his thoughts on the man arrested for the crime.

He said Casey had been a parishioner at the church, but he had only seen him just once or twice within the last few years.

“He is forgiven,” Senff said. “I went to bed and prayed that the Lord would help find who did it. When I found out who it was, I forgave him and I will go see him in jail and try to get him restored. He’s been trying to get help, but he’s been staying away from those who want to help him. The man is still loved. We don’t hate people that do these things. Sometimes you never know what the cause is directly, but we know the solution. He has just been staying away from the solution. So I’m going to go visit him in jail. The church is just a building. People are what’s important, and he is.”

Not certain of a reason

Additionally, Senff said he’s not sure what motivated the act.

“I don’t know how he’s been doing lately but I think this is an answer to a prayer because what he is doing is exposed and the fact the building was not destroyed is amazing because he tried to light a fire with an accelerant. I don’t know why because I have always treated him really good.”

Interestingly, Senff said he was out of state and on vacation when he was contacted by the Nye County Sheriff’s Office regarding the fire.

“I’m supposed to be in Cody, Wyoming right now on vacation,” he said. “I got up and shoveled ashes this morning, because I just decided to drive back and help out with the logistics. My head is in Wyoming right now, but my heart is right here. Our leadership team just took charge and made it all happen. They have been calling electricians and plumbers as well as a cleanup team to get us up and running again. When I got back from Wyoming, I just showed up for church on Sunday.”

During the service, Senff said the message was all about forgiveness.

“In the Bible, when Stephen was murdered, he said, ‘Father, don’t hold this sin against them, don’t hold this to their charge,” Senff said. That is in Acts, chapters 6 and 7. It’s an amazing story.”

The Nye County Sheriff’s Office issued a news release on the 1 a.m., incident.

Investigators from the federal Bureau of Alcohol, Tobacco. Firearms and Explosives, along with the Nevada Division of Investigations subsequently responded to the scene after evidence suggested the fire was intentionally set.

“Nye County Sheriff’s deputies began searching the area when one of the deputies located a suspicious vehicle parked in the middle of a road in the Ashanti Ridge housing development,” the release stated. “The vehicle had no lights on and was facing toward the structure fire.”

Upon making contact with the driver, identified as Casey, deputies found the man allegedly intoxicated and he smelled of smoke.

The discovery prompted the deputies to notify the ATF and NDI investigators.

All three agencies interviewed Casey, where he admitted to starting the fires at the Trinity Assembly Church building, the release stated.

“Casey informed investigators that he used spray paint as an accelerator to one of the exterior walls of the church, but was unable to ignite the wall,” the release noted. “Casey stated he then opened the door to a storage utility room where he then ignited a fire that destroyed the entire interior portion of the room, along with all items and tools that were stored within.”

Deputies subsequently placed Casey under arrest for driving under the influence, his third offense, according to the release.

He faces first-degree arson charges and damage to a property used for the purpose of religion.

The 10 a.m. Sunday church services will be held at the Bob Ruud Community Center for the next three weeks until the repairs are completed.

The church was established back in 1982.