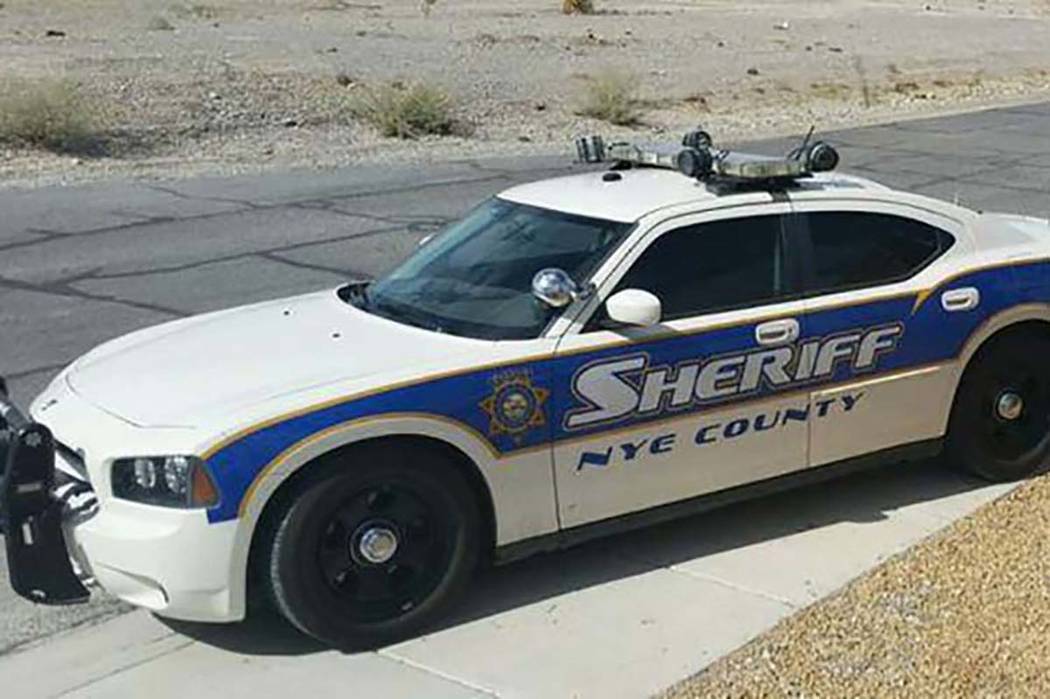 Special to Pahrump Valley Time A Nye County deputy sheriff was dispatched to an undisclosed residence to meet with the suspect earlier this month, authorities said.

Pahrump resident Scott Patton had enough of several juveniles riding dirt bikes up and down his street.

As a result, he went inside his house, grabbed a 12-gauge shotgun and leveled the weapon at the juveniles just after 7 p.m. on Aug. 2, a Nye County Sheriff’s Office arrest report stated.

As a result, a deputy was dispatched to the undisclosed residence and met with Patton.

“Upon arrival, I met with the suspect, identified as Scott Patton, who advised me that he was tired of the kids driving up and down the street, (expletive) with him,” the deputy said in the report. “He advised that they were riding up the road on motorcycles, doing wheelies and flipping him off. He also stated that he went inside and grabbed his shotgun to show them. He further advised that he faked throwing rocks at the motorcycles to try and stop the kids from riding on the road. He further admitted that the sole purpose of him owning a shotgun was to make sure people did not (expletive) with him.”

The deputy’s report also noted that Patton said the shotgun was first placed on the bumper of his vehicle and then placed in the bed of the truck, as he did not want law enforcement to see it.

“He further advised that he normally keeps the shotgun breach-area cleared and unloaded,” the deputy’s report stated. “Upon inspecting the shotgun, which was a pump-action 12-gauge with a pistol grip, it was discovered that there was a shell in the breach and four shells in the magazine tube. While speaking with Patton, I could observe that his eyes were bloodshot and glassy. I further could smell the odor of an unknown intoxicating beverage emanating from his breath as he spoke.”

The deputy noted that a type of gaze test was conducted on Patton to determine whether the man was under the influence of an intoxicating substance.

“…He further performed a preliminary breath test and failed with a .107. It should be noted that Patton appeared highly agitated with the juveniles riding with their bikes, and made comments about stopping them from (expletive) with him.”

“The parents advised that upon arriving in front of Scott’s house to confront him, Scott pointed the shotgun at them while approximately five feet away,” the report stated. “They described the firearm as a black pump shotgun with a pistol grip.”

At least one juvenile told the deputy that he and others were, in fact, riding up and down the road on dirt bikes.

Patton was subsequently arrested and transported to the Nye County Detention Center for booking.

While at the detention center, Patton submitted to an evidentiary test of his breath.