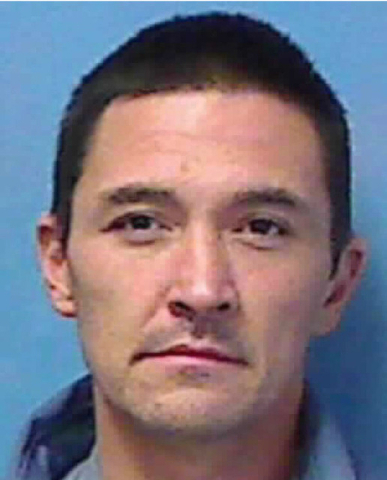 Robert James Keil passed away at Spring Valley Hospital in Las Vegas July due to complications brought on by a methamphetamine overdose while serving time at the Casa Grande Transitional Housing facility, the Clark County Coroner's Office said.

The cause of death of an inmate from Nye County who passed away last month while serving time at a Las Vegas detention facility has been determined.

Robert James Keil passed away July 10 at Spring Valley Hospital in Las Vegas from methamphetamine intoxication, along with cardiomegaly and bronchopneumonia, according to the Clark County Coroner’s Office. His death was ruled accidental in nature.

According to Brooke Brooke Keast, spokesperson for the Department of Corrections, Keil was discovered unconscious at a bus stop near the Casa Grande Transitional Housing facility in Las Vegas where he was serving a 19-48 month sentence, and was transported to Spring Valley Hospital, where he later died.

Keil was serving time at the facility for possession of a controlled substance.

Casa Grande is a 400-bed facility which houses both male and female inmates who are within 18 months of parole. The living situation is much like a dorm, as there are three to four residents per room, with bunk beds, Keast said.

With residents of Casa Grande being able to leave the facility to attempt to find employment and permanent living situations for after they complete their terms, Keast said an occasional unfortunate incident like Keil’s is possible.

“They’re out their in the community and we’re hoping that their doing the right thing, and sometimes they may make a poor choice,” Keast said. “I don’t know what kind of control a place like Casa Grande would have over something like that.”

Keast went on to say that they can only search an individual at Casa Grande if there is reasonable cause, but there are occasional drug tests that are administered.

The facility offers the inmates the opportunity to find work and seek permanent housing prior to re-integrating into society.

Drug court is one of the programs offered at the transitional housing facility, which it lists as an alternative to jail/prison which provides close supervision of offenders while allowing them to participate in community treatment programs.

According to Fifth Judicial District records, Keil was sentenced in March 2014 in Pahrump.