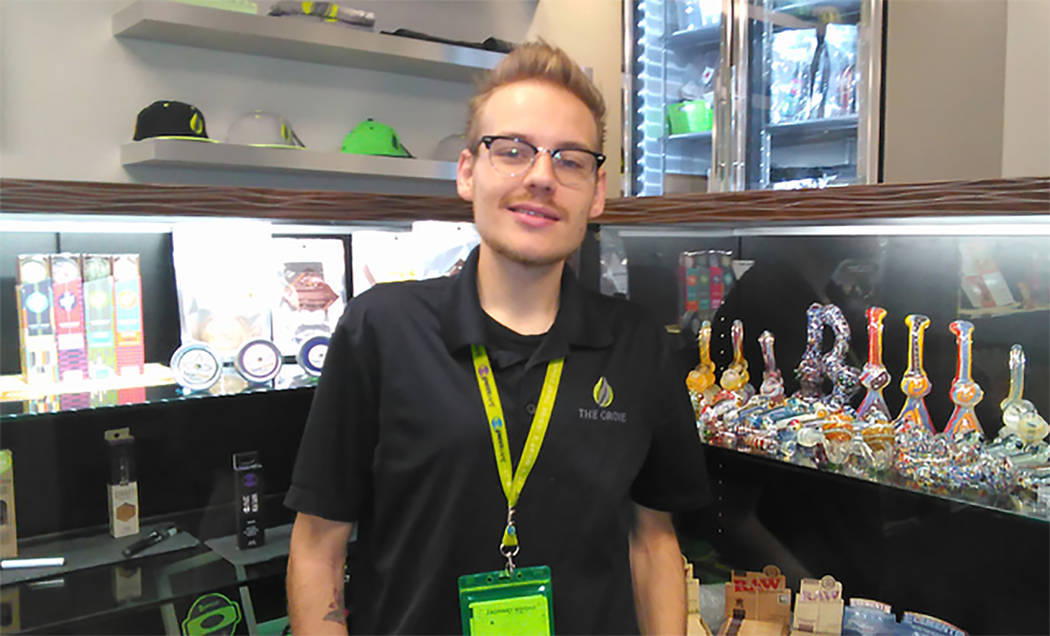 Selwyn Harris/Pahrump Valley Times After a brief lull in February, Grove Manager Zach Wright said sales have been brisk as of early spring. The dispensary recently celebrated its one year anniversary for recreational marijuana sales in Nye County. 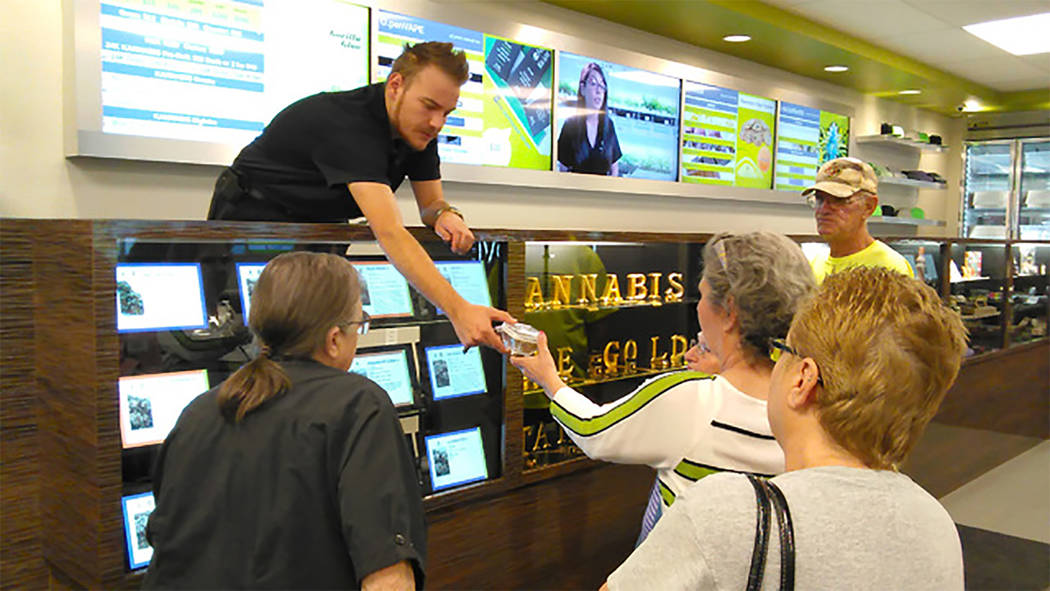 Selwyn Harris/Pahrump Valley Times The Grove officially opened its doors for medical marijuana patients on March 17, 2016. As of last July, roughly a year and four months later, the legal sale of recreational pot got underway at the Grove. 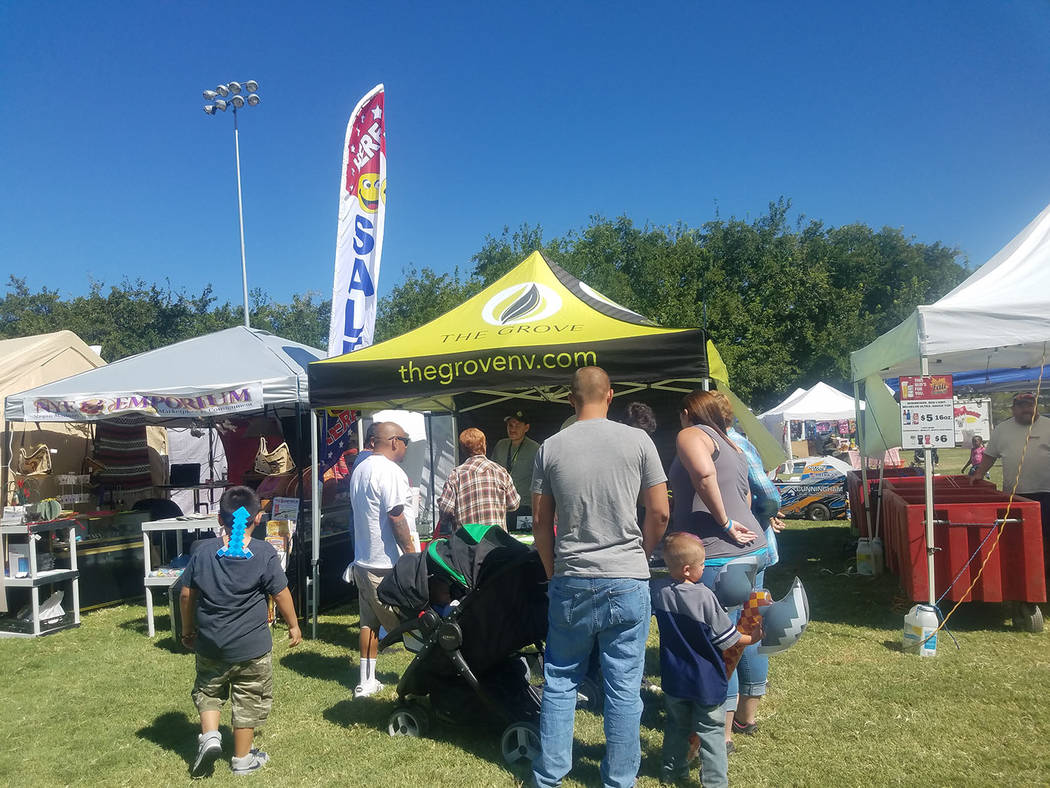 David Jacobs/Pahrump Valley Times A crowd gathers in front of a booth for The Grove marijuana dispensary at the Pahrump Fall Festival in September in Petrack Park. The Grove dispensary off Basin Road sells both medical and recreational marijuana. 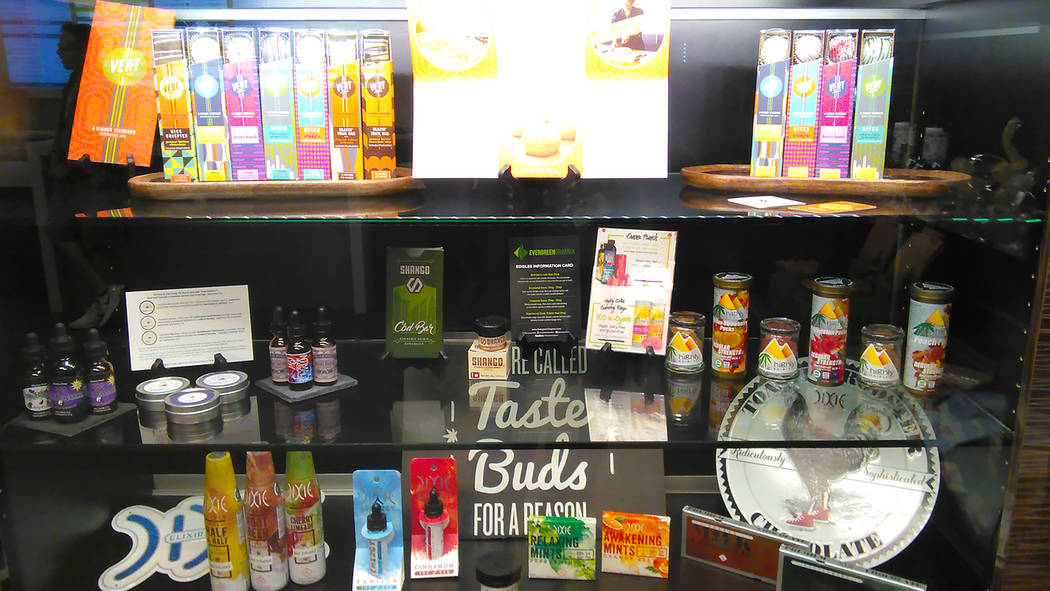 Wright made the assessment during The Grove’s special two-year anniversary grand opening celebration back in March.

Wright noted that after a slight lull in sales during the month of February, The Grove is again picking up steam at its 1541 E. Basin Ave. location, just off of Highway 160.

“I think a lot of it has to do with our snowbirds, who are starting to roll back into town,” he said. “They really contribute to a big increase to our sales each year, which is also cool. Since recreational pot became legal, the sales have certainly exceeded my expectations. It seemed like the first four months were just out of control, because it was very hard to keep product inside the store.”

Wright also said the time it takes a seed to become a flower is a little more than two months.

“It also depends upon the strain,” he said. “Certain strains have various climates that they prefer to thrive in. They also have different flowering times too. Usually, you can pull a harvest down in about two and a half months.

At one time, demand for the product was so high, suppliers were forced to come up with a so-called “Plan B,” in order to keep up with the appeal.

“In fact, a lot of the cultivators were having to pull some of their product early which made the quality go down a little bit,” Wright recalled. “Now, it seems like it’s night and day compared to four months ago. We can get as much as we want and we try to get the stores stocked as much as we possibly can. It’s not so much a fight anymore to keep product stocked inside the store.”

With the local demand for the product so high, Wright said there’s a very good chance that an additional location may open in the not-too-distant future.

“The state of Nevada Department of Taxation is accepting applications in May for new dispensary licenses,” he said. “Nye County will get another one and I know that the Board of County Commissioners was pushing for two more, but I really don’t think that’s necessary out here. If we do end up getting another license, we would most likely open it here in Pahrump on the south side of town.”