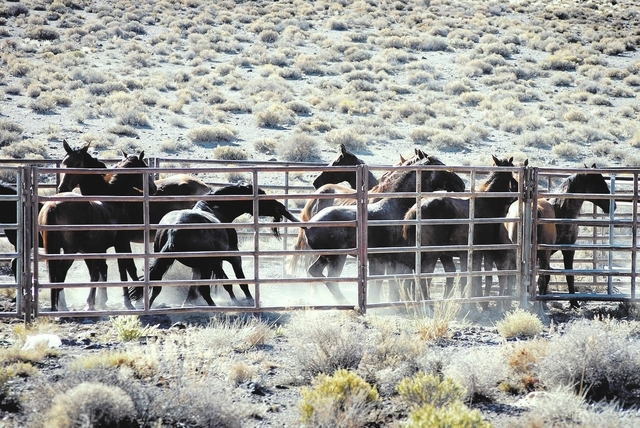 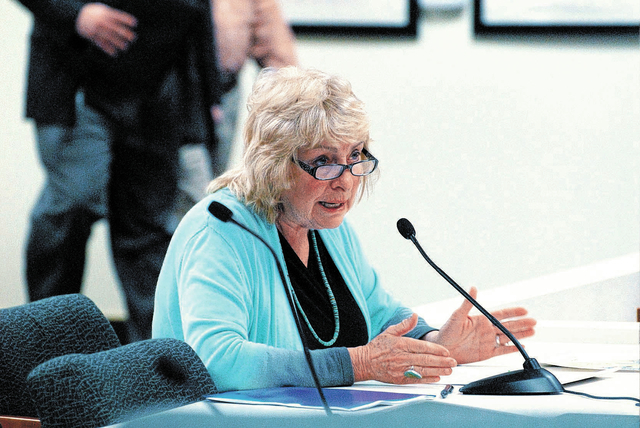 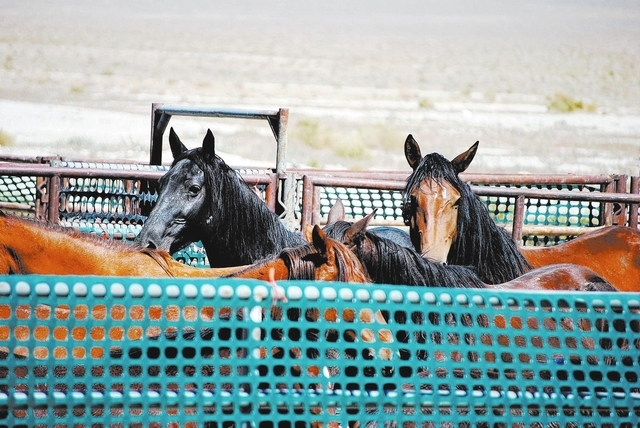 Arlene Gawne of the Spring Mountain Alliance, a project of America’s Wild Horse Advocates, thinks the wild horse population in the mountain range could be marketed as an attraction for tourists on safari, like the Serengeti Plains in Africa.

“The State of Nevada and the American West is sitting on the same billion dollar tourist industry that third world Africa enjoys,” Gawne told Nye County commissioners Tuesday. “Imagine this as a way to make a good living on public land. In the spring and fall, tourists and photographers would pay $50 per day to arrive at your ranch or town to view wild horses.”

European, Asian and American tourists as well want the thrill of being able to see events like a spectacular stallion chasing off a herd of cheeky bachelors, or see young foals running circles around weary mothers, or a lead mare keeping them all in line, Gawne said. She said the Spring Mountains’ colorful herds and spectacular scenery can’t be copied in Europe or Asia.

The alliance is proposing an experimental wild horse and burro management area east of Highway 160 and the town of Pahrump, north of Wallace Canyon on the west side of the mountains, north of Lee Canyon on the Las Vegas side and west and south of Highway 95. It would exclude Lee and Kyle canyons, the Mount Charleston and Mount Sterling Wilderness areas and the Red Rock Joint Management Area.

Gawne said the alliance had stopped traffic in Red Rock Canyon and held protests on the Las Vegas Strip over wild horse removals, but decided instead to work with the agencies on a plan.

“What good were we doing getting a lot of press and hoo ha if the horses were still multiplying?” she asked.”You can’t say it’s a fancy island up in the Spring Mountains and you don’t have to manage wild horses and burros. We do.”

The U.S. Bureau of Land Management and U.S. Forest Service will decide on whether to consider the Spring Mountain Alliance plan in April, Gawne said. She urged the public to contact those agencies to support the proposal. Gawne said former BLM Director Bob Abbey completely agreed with the plan in May 2012 before he retired.

First, the planned wild horse removals in the Spring Mountains by the BLM and forest service have to stop, she said. The BLM estimates there are 500 to 600 horses in the mountain range, the appropriate management level the BLM thinks the range can support is 63 to 93. There are another 330 to 500 burros. Gawne thinks the actual number of wild horses range from 150 to 200. The BLM does estimates using helicopter surveys that nobody is allowed to monitor, she said.

“This would be a huge financial loss to Nye and Clark County. My argument is let’s create new jobs for people in Nevada, not on Midwestern farms where the BLM puts our Mustangs,” Gawne said. She also advocated against sending them to slaughterhouses.

One of the solutions proposed to alleviate overcrowding in wild horse holding facilities is to send them to the Midwest.

The Spring Mountain Alliance proposes treating mares with PZP for birth control, but tagging and releasing intact family bands to keep social stability. About 65 of the most adoptable, trainable, 2- to 4-year-old horses would be captured with bait and put up for adoption as early as 2015 under the plan, to bring the herd down to 150 horses, what Gawne said was the minimum number to have the genetic diversity for a healthy population.

The alliance wants to reduce the high cost to taxpayers of helicopter gathers, long-term transportation and horrible conditions in storage facilities, she said.

Gawne suggested the BLM, USFS and Nevada Division of Wildlife could set up water guzzlers and seasonal water retention basins at lower elevations and near the town of Pahrump for the horses. It would also require volunteers to conduct patrols to prevent undesirable interaction with the horses, she said it’s already been taking place in Cold Creek.

“People go out on the weekend and take gruesome pictures of horses and vehicles that have been totaled. People don’t understand they’re responsible for creating dangerous situations,” Gawne said.

Commissioner Lorinda Wichman said Gawne’s presentation followed all of the recommendations of the Wild Horse and Burro Act as amended. She said if there were more volunteer groups like the Spring Mountain Alliance, the Nevada Association of Counties and Nevada Farm Bureau wouldn’t have been compelled to file a lawsuit against the BLM over wild horses.

Wichman said there are an estimated 50,000 wild horses on the range and in holding pens in Nevada. She said the Spring Mountain Alliance has an opportunity with a volunteer program to show how to manage a herd of 200 horses.

But she repeated her own solution to the wild horse issue.

“I want our horses on the range so everybody can look at them and see them. Unfortunately, people do not load their babies up in SUVs and head to Central Nevada to look at horses. For that reason and for that reason alone, I have made suggestions all the way to Washington, D.C. that you take some of those horses they’re forever permanently holding in holding situations and take them to places where they will take their babies. Take them to Yosemite, take them to Yellowstone. Through Darwin’s theory, survival of the fittest, we will have the opportunity to be the horse provider for other states,” Wichman said.