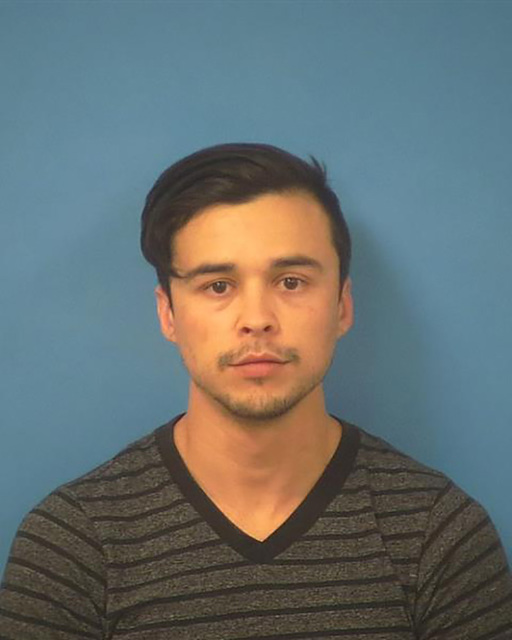 A teacher’s aide at Pahrump Valley High School was arrested after being accused of sexually assaulting a student outside of school grounds.

Jose M. Bautista, 28, a paraprofessional teacher’s aide at Pahrump Valley High, was taken into custody by the Nye County Sheriff’s Office on Monday and charged with preliminary counts of child sex abuse, sexual assault, sex act involving an adult school employee/volunteer with a pupil, possession of drug paraphernalia and being under the influence of a controlled substance.

Nye County deputies were dispatched to Pahrump Valley High about a sexual assault.

Upon arriving, they came into contact with the victim, who is described as a 17-year-old female student.

While the victim was writing a statement about the alleged sexual assault incident she stopped, due to being distraught, police said.

The victim said that Bautista offered his assistance to help her with schoolwork and to “hang out”, the arrest report stated.

Bautista originally told the victim that they would go to a park, but after he picked her up he instead drove to his house, according to the sheriff’s office.

Once arriving at his house, the victim claimed that Bautista showed her around and then brought out some marijuana.

The victim said Bautista began to smoke the weed and at one point he grabbed her by her face and blew the marijuana smoke into her mouth. After that alleged incident, the victim said she was confused.

Bautista then took the female victim to his room where she looked around and then sat down, when he sat beside her.

While sitting down, the victim said that Bautista asked her about her parents and then while she was answering, he began to kiss her.

The victim said that Bautista climbed on top of her and continued kissing her and told her “they were going to have some fun,” the police report stated.

The victim alerted sheriff’s deputies that they could find DNA evidence on a maroon-colored shirt at his home.

When first approached by the sheriff’s office, Bautista denied the incident, but later admitted to having sex with the victim, police said.

Bautista claimed after exchanging lewd conversations on social media earlier Monday, that he picked her up later that afternoon.

He stated that he was aware the victim was 17 years old and a student at the high school, as he had been employed at Pahrump Valley High for a month-and-a-half as a teacher’s aide, working with special needs students.

After initially denying any wrongdoing, Bautista corroborated the victim’s story, down the to maroon shirt detail, but claimed it wasn’t against the victim’s will.

During the interview, Bautista said that it was clear to both he and the victim that he was in a position of authority.

A search warrant was granted and the sheriff’s office obtained Bautista’s DNA, a urine sample and the maroon shirt that was alleged to contain his DNA.

Bautista was arrested and transported to the Nye County Detention Center on the five charges, where he is being held on $350,000 bond.

Nye County School District Superintendent, Dale Norton released a statement on Bautista, confirming his employment and that he was released from his duties, but wouldn’t go into further detail.

“The Nye County School District has no comment regarding the arrest of Jose Bautista, a paraprofessional at Pahrump Valley High School, other than to say that this is a personnel matter which by its nature is private and confidential,” Norton said. “Mr. Bautista has been removed from his position with the district pending investigation of criminal charges. The District is taking every precautionary measure to assure it is providing quality educational services in a safe and respectful environment.”