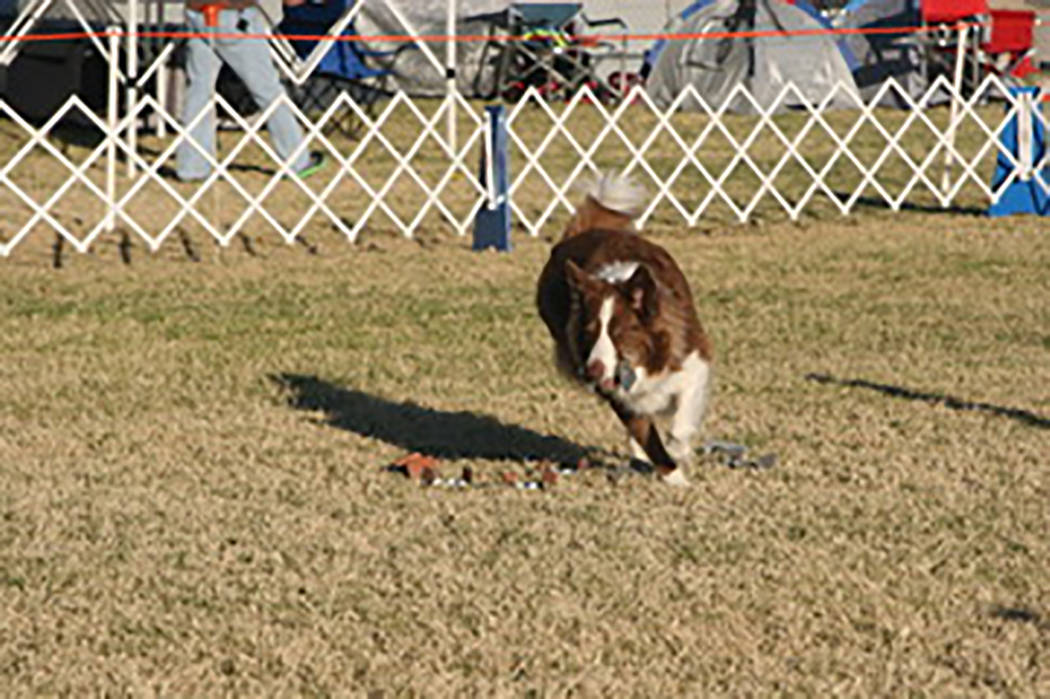 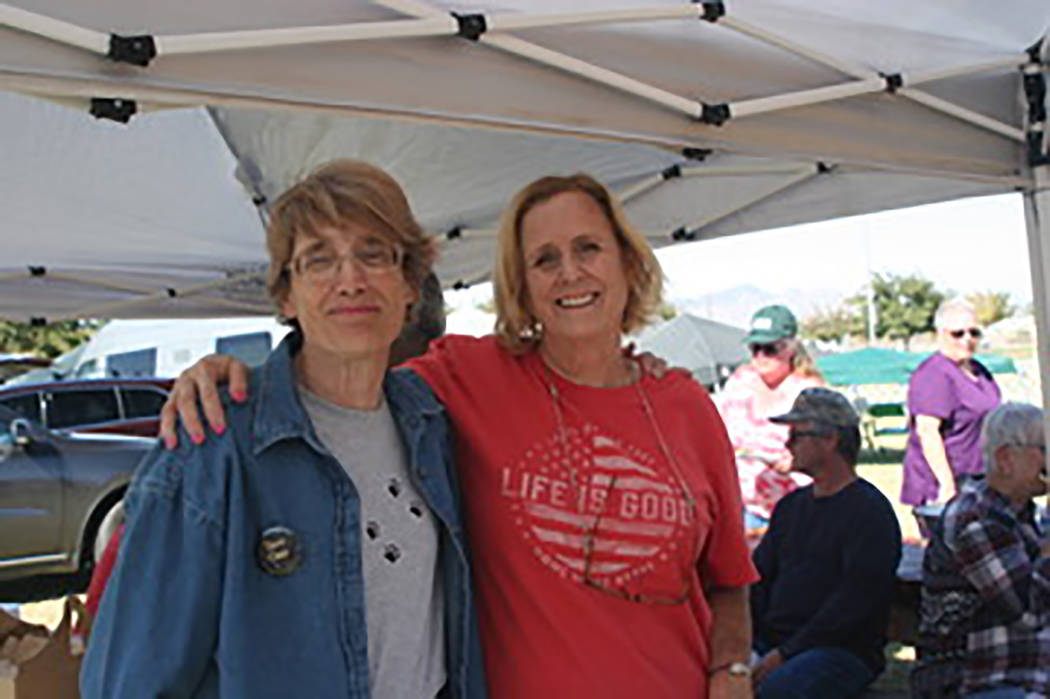 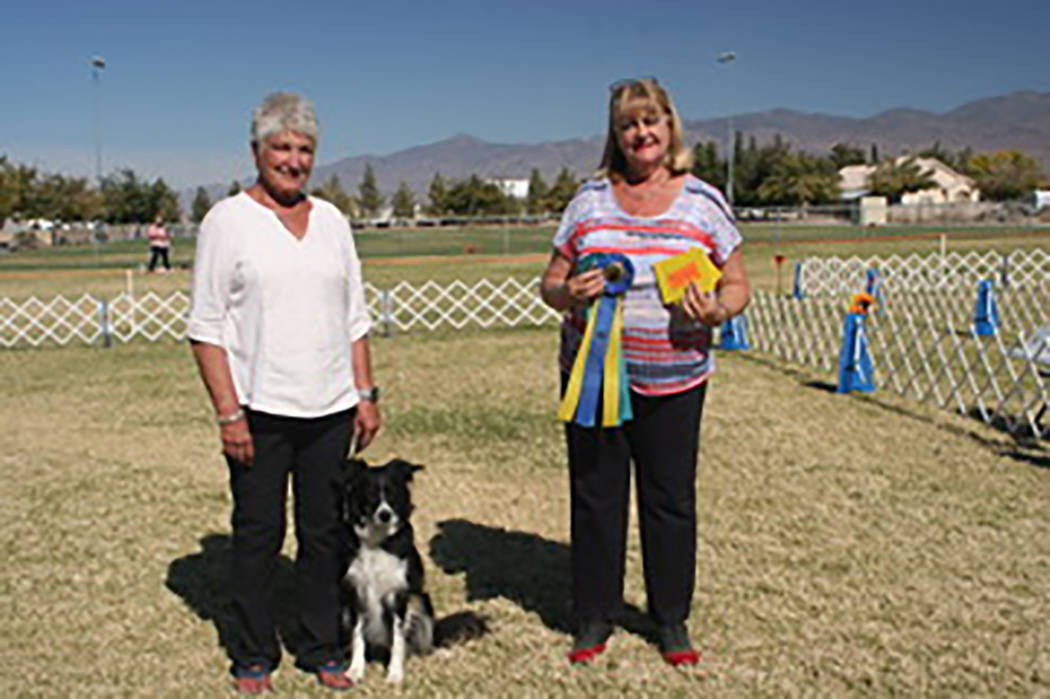 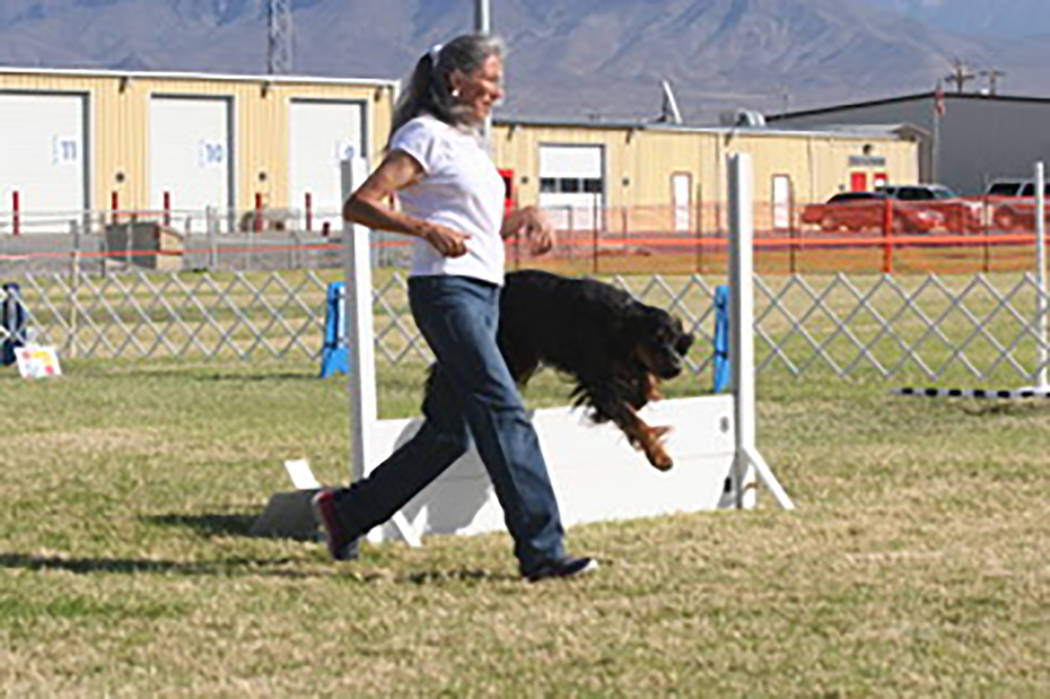 Special to the Pahrump Valley Times Pahrump resident Janet Howson, goes through the paces with her Gordon Setter in the rally exercise portion of the three-day event. 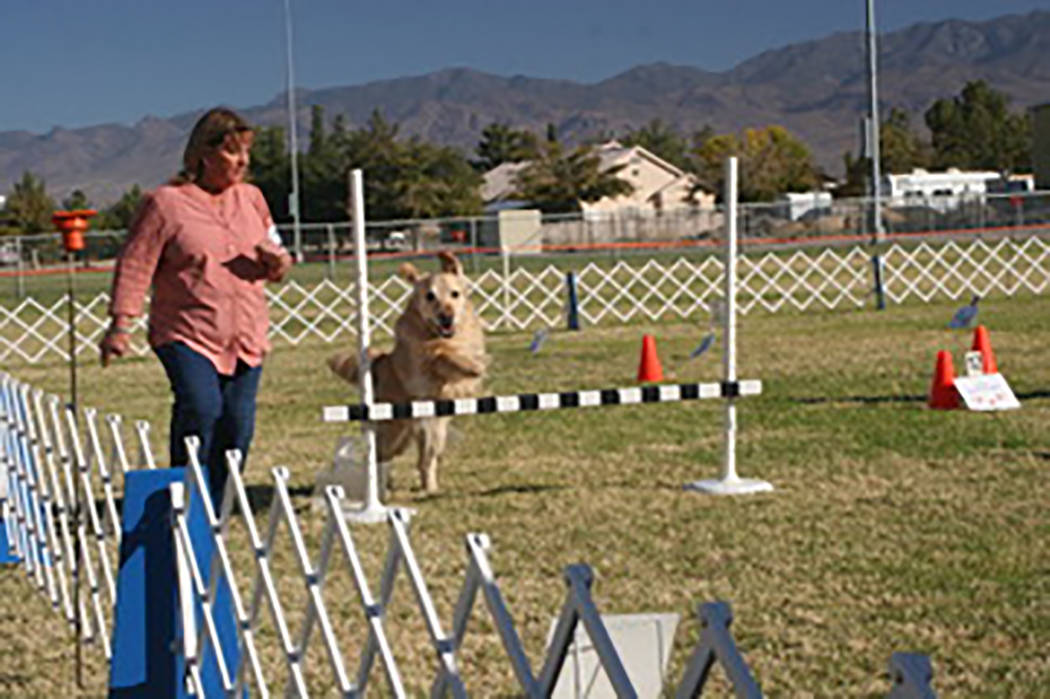 Special to the Pahrump Valley Times Seti, a golden retriever, in clears a hurdle during the rally exercise. Seti is joined by owner Kristie Rasmussen who arrived in Pahrump from Draper, Utah

Petrack Park was awash in pets and owners as the Pahrump Valley Obedience Club of Nevada hosted its 11th annual Three All-Breed Obedience and Rally Trials.

Schneider explained that the dogs can compete on what’s defined as two different “tracks,” each with varied qualifications.

All told, the event attracted 91 entries in the obedience competition held Oct. 26-28.

With the rally portion of the event, Schneider said roughly 111 dogs competed in the three-day event.

“On the obedience track, judges instruct owners what actions they must do,” she said. “That differs from the rally track, where the owner must follow signs for direction on how to move around the course. In order to get a title on obedience, and a title in rally, you have to get what they call three legs.

“The American Kennel Club has to approve our weekend of when we show,” Schneider said. “This is a sanctioned competition where titles can be won here. This is a competition where you don’t have to have a purebred dog. We also have a group competition going on. We offer first through fourth place in any one of the divisions here.”

Additionally, Schneider said the family-friendly competition does have a positive impact on the local economy.

“We have people from all over the region who are filling up hotel rooms and they are also going out and eating,” she noted. “We bring people in and it’s a wonderful weekend. Many of these people visiting have come out to Pahrump for many years.”